One Detail From The Infinity Gauntlet Comic That Probably Won't Make It Into Avengers: Infinity War 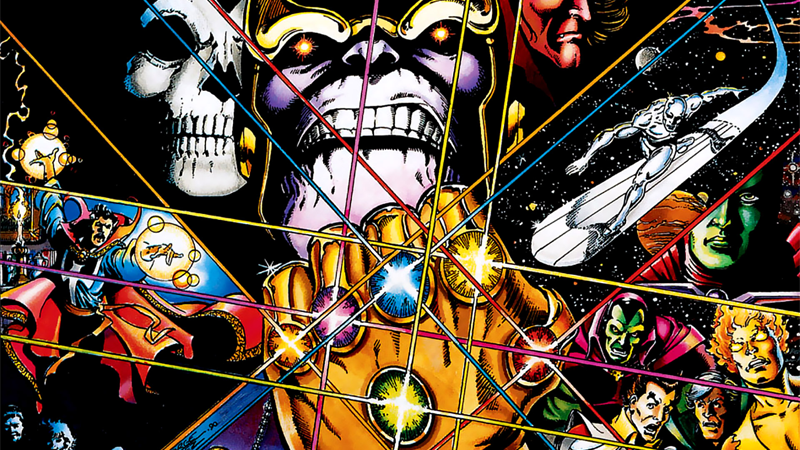 The most recent trailer for Avengers: Infinity War revealed more of Thanos' plan, and its own connections to the events of one of the comics that inspired the film in the first place, The Infinity Gauntlet. There's one brief moment in the 1991 comic, however, that likely wouldn't go down well with a certain President in 2018.

Just as Gamora intones in the recent trailer, Thanos' plan in Infinity War is to use the Infinity Stones to wipe out half the universe with a snap of his fingers.

That plan is actually something that happens in the first issue of Infinity Gauntlet, although for slightly different reasons than what will likely be the logic behind it in the movies. In Infinity Gauntlet, Thanos collected the stones in a bid to woo Death, who in the Marvel universe has a female avatar that has long entranced Thanos.

The Mad Titan starts off small, with some wanton destruction and even building a giant monolith for him and Death to rule from, but when she silently spurns him yet again, the Titan ends the issue with that infamous snap: 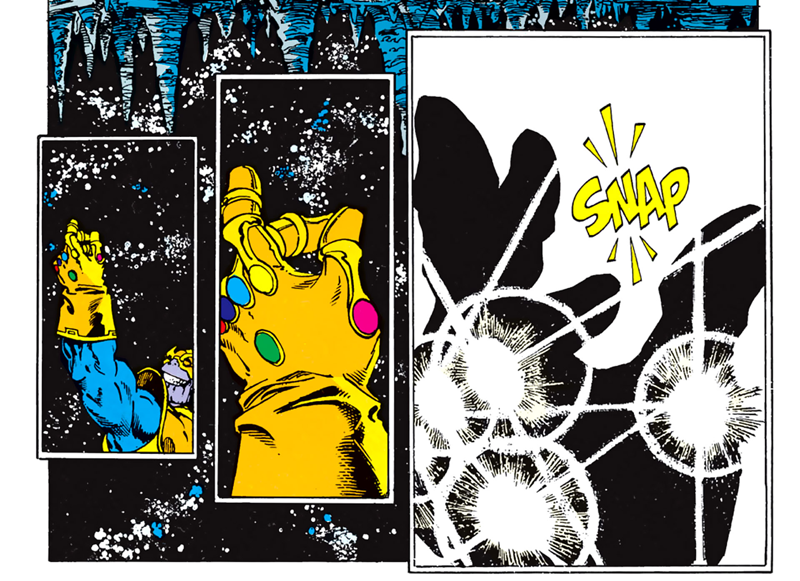 Poof. Half the people in the universe, gone in an instant (except for, conveniently, most of the Marvel heroes you actually cared about).

In the second issue of the series, as the heroes of Earth scramble to try and sort out the mystery of half the population of the planet vanishing, Death continues to ignore Thanos no matter what depraved acts he presents to her. So in a brief moment of fury, Thanos lashes out with the gauntlet and creates a galaxy-shattering shockwave that tears through planets, so mighty even Galactus stays away from it - observing that it will reach so far across the stars that by the time it reaches Earth, it will be at just two per cent of its power. 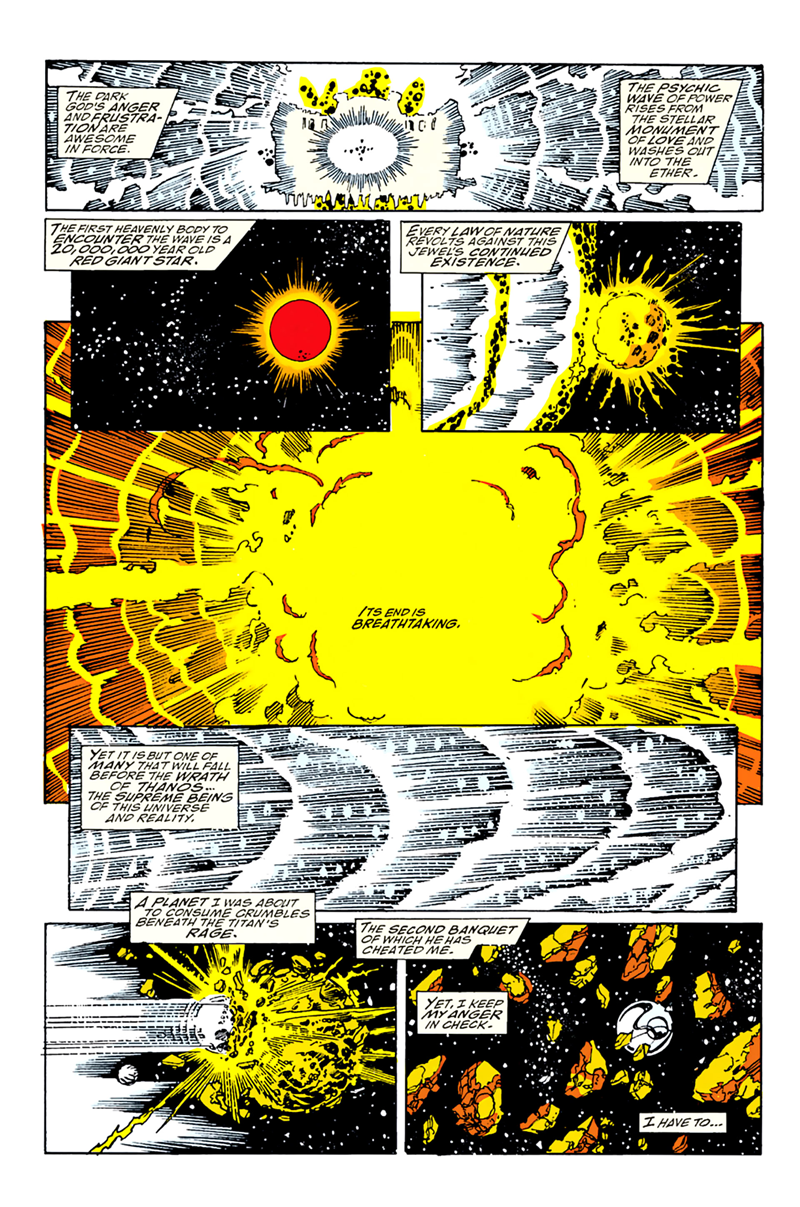 Turns out, two per cent is still enough to create an apocalyptic scenario for Earth. Japan is wiped off the map. The entire West Coast of the US is torn away, sinking into the sea and killing millions in an instant. Volcanic eruptions at sea trigger a massive tsunami that New Warriors member Namorita witnesses crashing into Atlantic City, killing everyone there except two people she manages to save. But it also lays waste to one notably highlighted place in the city... 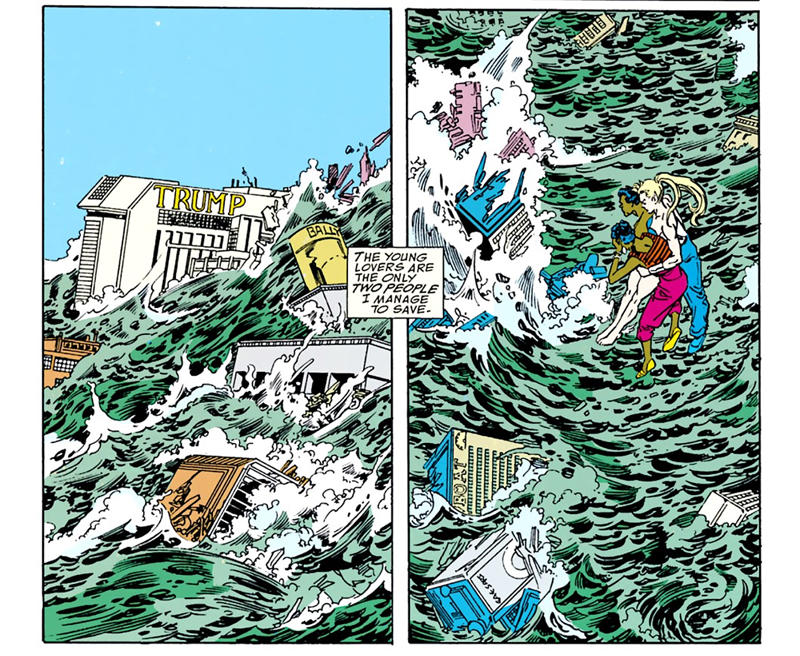 You can already imagine the FAKE NEWS tweet being typed if Infinity War or Avengers 4 actually recreated this moment, can't you? Suffice to say, this is a sequence that will probably stay in the comics.