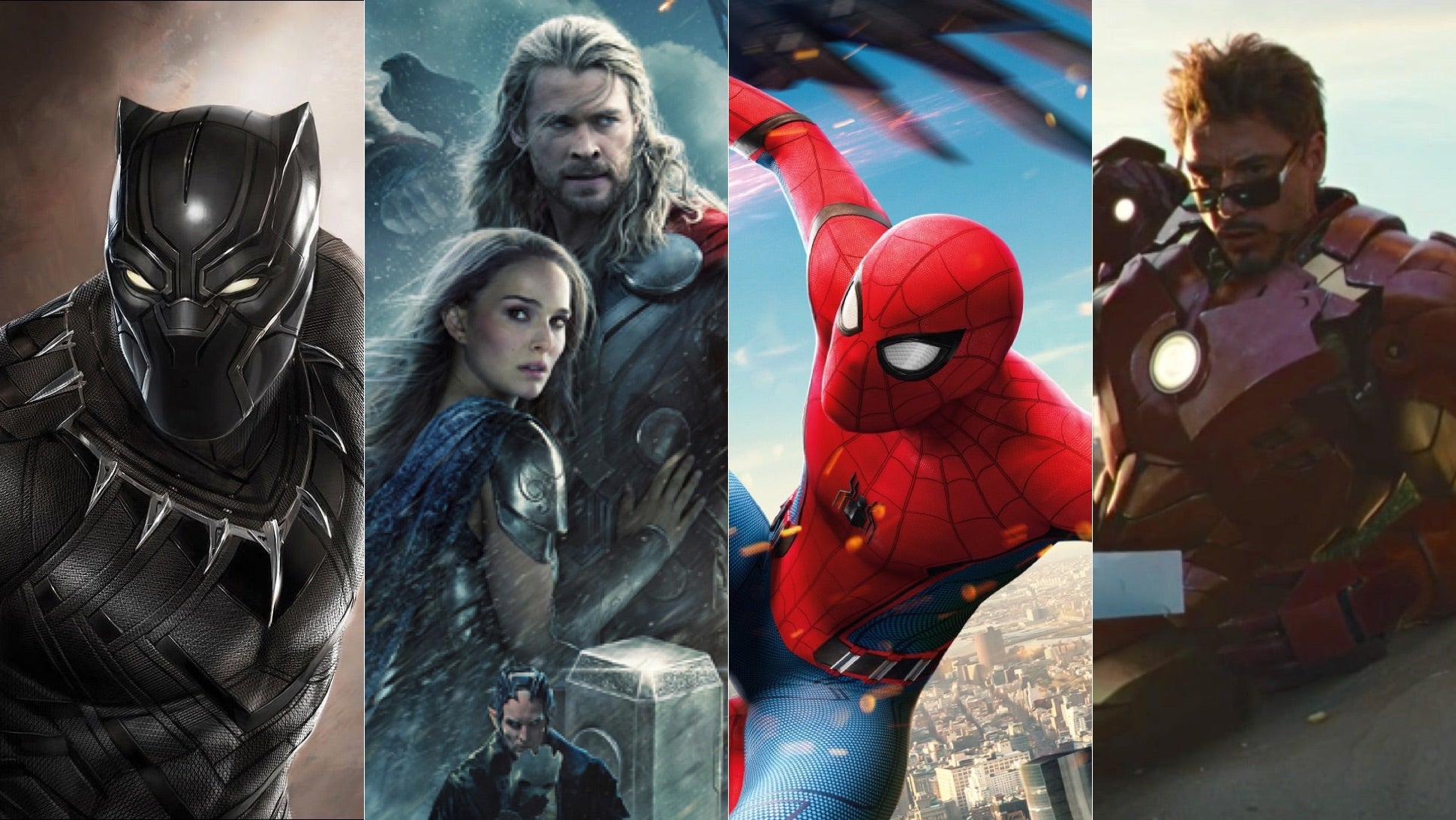 Earlier this week, Jason Schreier and I had Rise of the Black Panther writer (and our former Kotaku buddy) Evan Narcisse on Kotaku Splitscreen to discuss the Marvel Cinematic Universe ahead of April's Infinity War mega-mashup. We had a good time. Listen to the whole thing here:

Near the end of our conversation, I asked Jason and Evan to name their favourite and least favourite movies from the Marvel Cinematic Universe. Below, find an edited transcript of each of our picks, though you should listen to the episode if you want some extra cross-talk, debate, and alternate picks. Heads-up that there are spoilers throughout!

Favourite: Black Panther. My own personal connections to the character and the work I'm doing [writing the comics] aside, the reason I love Black Panther is that it's about something in a way that these other movies are not. It's about the real world in a way that every movie that preceded it is not. It's about, you know, how do you live your blackness? How do you find yourself within the history of the Diaspora? And that's meaningful. I was shocked when I saw that movie and it had those politics up in the forefront. It was the last thing I was expecting. So, Black Panther, for sure. I've seen it three times and I've cried every time I've seen it. Second time I saw it I was like, ok, you're good, you got those tears out, you're straight. And then I was like, oh my god, why am I crying again?

Least Favourite: Thor: The Dark World. I just don't remember anything about that movie. I don't remember what the villain, Malekith the Dark Elf, wanted. I love the comics it was based on, it just didn't leave a mark on me whatsoever. What's interesting about the first Thor movie is, there were hints of the humour that [thanks to Ragnarok] we now know Hemsworth can do. But Thor 2, no.

Favourite: Captain America: Civil War. Black Panther is up there, Thor: Ragnarok is up there, and Guardians of the Galaxy is up there. But I'm gonna go a different direction and I'm gonna say Civil War. I thought the conflict between Captain America and Iron Man was the best conflict of the whole MCU so far. I love watching characters that we love go at it and not knowing which side to pick. And even if I lean towards one side or another, I'm like oh man, I hope they don't have to kill each other. And I actually thought it was really good at handling the mash of characters as we discussed before, just throwing everyone in there, introducing us to Black Panther, introducing us to Spider-Man, I thought they did really well. The villain was kind of whatever […] but just that conflict, I thought was really interesting.

Least Favourite: Avengers: Age of Ultron. A disaster of a movie. I remember watching it and being like, what the fuck. Not only is at least a third of the movie devoted to setups of other movies, there's also this terrible stuff with Hawkeye, who is the worst superhero in the entire Marvel universe… [Kirk and Evan interrupt to talk about how great Matt Fraction/David Aja's Hawkeye comics were] well, Jeremy Renner is not good. Just having parts devoted to his family, the girl from Freaks & Geeks was his wife and she had nothing to do, it was really poorly handled. That movie felt like it was thrown together, just this hodgepodge of stuff that was loosely connected. And Ultron was terrible! I thought Ultron was gonna be the coolest villain and instead he was like, "I'm gonna hijack the internet!" I thought it was really bad. 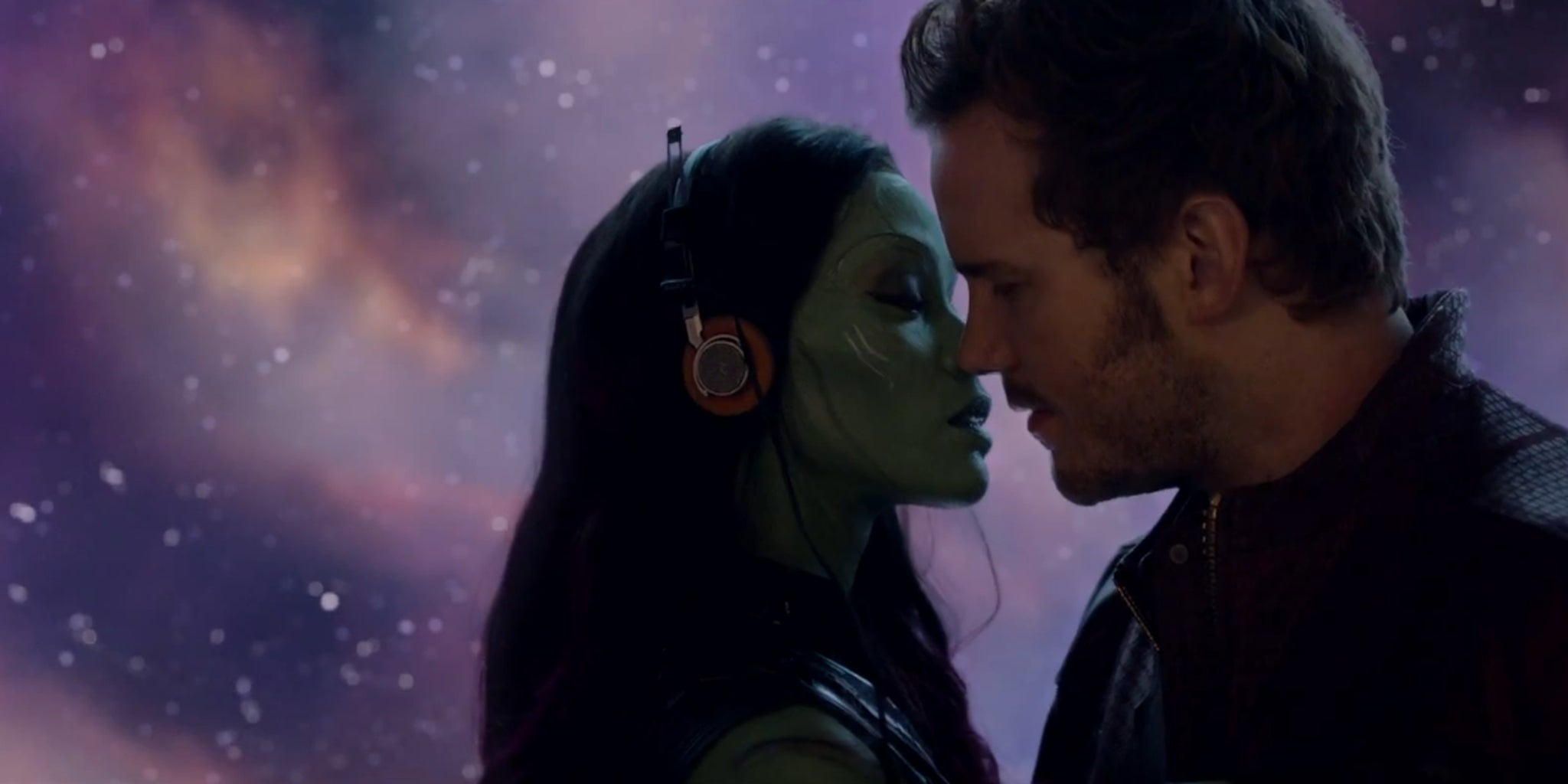 Favourite: Guardians of the Galaxy. Really, it's Black Panther, because I do think that's the best one, but I'm gonna pick a different one because we just talked about that movie forever. As much as I like The Avengers and think it was a remarkable achievement that paved the way for this whole thing, Guardians was such a surprise for me, and was so funny and still has so many performances that I think are amazing. Bradley Cooper's performance in that original movie is so funny, and so good. There's a level of emotion in that movie, too. There were times where the music was a cheat, but they would use it really well. They'd put on the music and you'd see Chris Pratt, you'd look into his moony eyes, and Star Lord is feeling his emotions and listening to some 70s slow jam, and it really worked for me. That's my favourite one.

Least Favourite: Iron Man 2. Perhaps an easy pick, but yeah, I think the weakest one. I rewatched it and I believe that that movie introduces Black Widow, if I'm remembering that correctly, Agent Coulson is in it… watching it again after a bunch of other MCU movies, I liked it better because it felt a little more of a piece with the universe, but it also feels like such an also-ran, such a sort of secondary, less important, less good version of the original. And yeah Jason, I agree [with what you said earlier], I really like the original Iron Man. So Iron Man 2, I remember being kind of bummed out and confused by it at the time, thinking, I don't really remember what's going on, and that's never a good sign.

For the rest of our conversation, listen to the full Splitscreen episode. After we recorded, I thought it'd be fun to ask the rest of the Kotaku staff for their favourites and least favourites. Those are below.

Favourite: Black Panther. My favourites of the Marvel movies are the ones that strain against the structure of a super hero movie, and Black Panther violently escapes popcorn flick into something slightly more meaningful, with some complex emotions. Plus: Michael B. Jordan.

Least Favourite: Doctor Strange. It's the same exact plot as Iron Man with less charismatic actors, Benedict Cumberbatch has a terrible American accent and he says "Not today, Beyonce." That about sums is up. 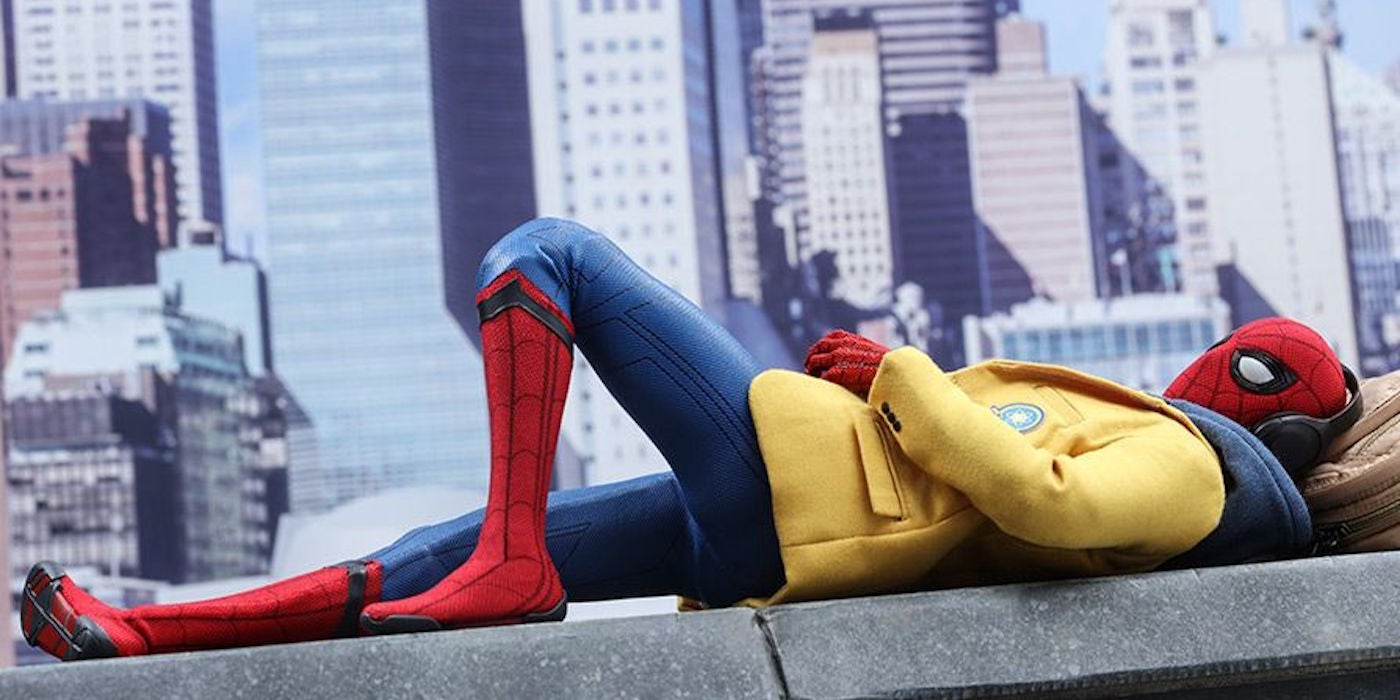 Favourite: Spider-Man: Homecoming. This was hard, almost a three-way tie for me, but Homecoming stuck out to me as a great coming-of-age flick. Peter Parker is great to me when he's dealing with his own need to do good ramming against his capabilities and experience, and Michael Keaton's Vulture is a truly underrated MCU villain.

Least Favourite: Iron Man 3. Besides the whole Mandarin thing being incredibly stupid, most of this movie gets immediately retconned a single MCU entry later. And the villain was just a dude who was strong and really hot (literally). The jilted rival is kind of tired, and frankly, Iron Man 2 did it better.

Favourite: Black Panther. For now, it's Black Panther, but I should note that I haven't rewatched most of the other Marvel movies since they came out. (I'm sure that also affected my pick for "worst" movie. Like, I barely remember the early Iron Mans. Irons Man?) T'Challa was a fantastic scene-stealer in Civil War, and his solo film was everything I hoped it could be. I'd also like to thank Black Panther for making me feel any excitement whatsoever for Infinity War.

Least favourite: Avengers: Age of Ultron. It feels like the worst-case scenario of the messy intersecting crossovers that make up the Marvel Cinematic Universe. It's disorganized and confusing, most of the heroes don't seem "in character" for big chunks of it, and the chemistry that the actors have had in other Marvel movies seems deadened and tired here. I theorise the movie arose from a perfect storm of executives' meddling, uninspired writing and directing, and the actors trying and failing to emote from within their respective green-screen prisons.

Favourite: Iron Man. It has so much of what I love in movies in general, not just superhero ones. Without this film, would there even be a Marvel Cinematic Universe?

Least Favourite: The Incredible Hulk. I guess I'll go with The Incredible Hulk, which was certainly less thoughtful and less interesting than Ang Lee's 2003 film and, thus, didn't provide as much insight into the character. Maybe that's what makes it seem worse?

Favourite: Captain America: The Winter Soldier. The Winter Soldier is the MCU at its best. A self contained story with personal and global stakes that cares about the characters' struggles.Everything with Bucky and Cap is great, giving us a villain who is both a major threat to the heroes and someone we feel for. From Cap's last moments with Peggy Carter to Widow's decision to expose her questionable past to everyone, there's a lot of really great smaller character beats too. Also: Robert Redford.

Least Favourite: Captain America: Civil War. Civil War was never a good idea, even in the comics. It might be exciting to watch heroes brawl with each other but the set up to make it happen is contrived and relies on smart characters like Tony and Cap to act like complete idiots. Not everything here is bad. Getting both Spider-Man and Black Panther into the MCU is a huge deal and while the set up for fighting is stupid, each character contributes to battle in cool ways. But overall, this movie is an absolute whimper compared to the bang it wanted to be.

Favourite: Spider-Man: Homecoming. Thor: Ragnarok comes really close, but Spider-Man: Homecoming inches it out. It's very pure early Spider-Man, portraying Peter Parker not as a super hero, but as an awkward, over-eager high school kid with powers trying to do his best. But really it's all about Ned. Lego-loving, guy in the chair Ned.

Least Favourite: Thor: The Dark World. The Dark World tried to improve on the uneven first Thor film by taking a deeper dive into the mythology behind the character on a cosmic stage and giving us more Jane Foster, because man we sure loved Jane Foster in the first film (we did not). "What's that, you want more of the boring bits? Done!" No.

Favourite: Iron Man. The freshest, funniest and sharpest Marvel movie. It's amazing going back and watching it now, and how free it is without all the MCU bloat that drags down so many others.

Least Favourite: Ant-Man. A tired movie that came at the end of a disappointing run of MCU sequels. I can't even remember specific moments from this film, it was just two hours of the worst of the MCU formula (lore + bad CG + wisecracks) whizzing by me.

I enjoyed the diversity of opinions among our staff, and it suggests that our readers will have their own favourites and least-favourites. So, I turn it over to you: Which MCU movie is your favourite, and which is your least favourite?