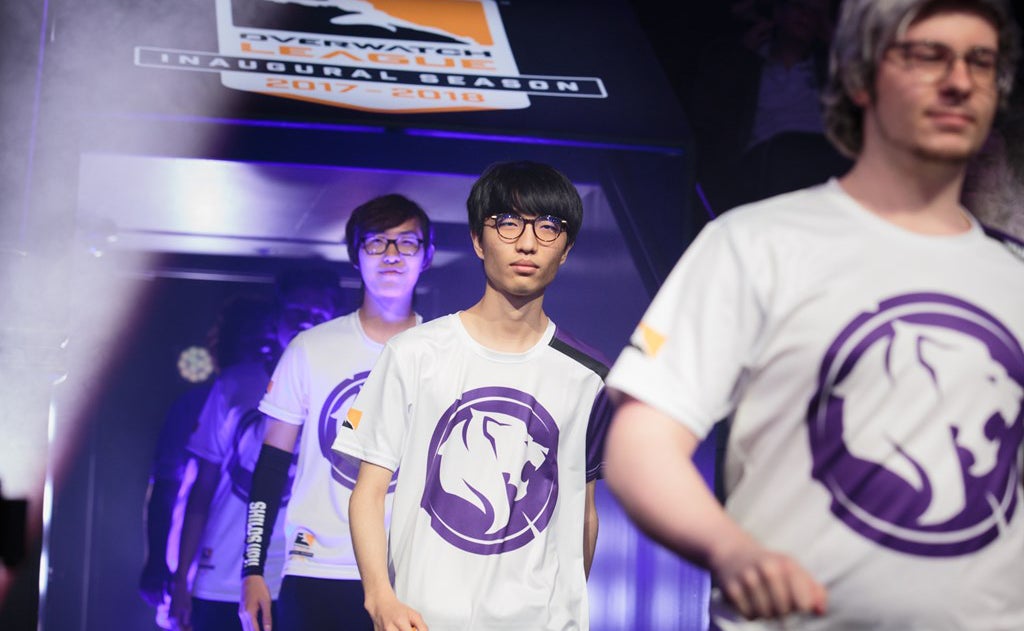 It’s been a good day for Chan-hyung “Fissure” Baek. The tank player, who spent stage one on the bench as part of London Spitfire, came roaring out the gate with his new team, LA Gladiators, and stomped London, likely giving their management some things to think about in the process.

From start-to-finish of today’s Overwatch League match, the Gladiators lived up to their ancient Roman UFC-fighting namesake, with positively vicious dives led by Fissure knocking London, the winner of OWL stage one, flat into the sand.

An aptly timed pounce on the enemy by @Fissure! #OWL2018

But that was only part of the story. Los Angeles DPS player Joon-seong “Asher” Choi constantly kept London off-balance, using Tracer to creep into their backline like a tiny, British Solid Snake. Time and time again, he slam dunked positively gorgeous pulse bombs to disrupt and stagger London’s pushes.

Maps one and two were thrashings, with the Gladiators cutting through London’s meticulously laid (yet noticeably hesitant) plans like butter. However, it’s important to note that London was playing their B squad — made up primarily of players from former Korean team GC Busan — for the first two maps, and it showed. London still looked like London, but a slower, crappier version.

On map three, London swapped to their regular roster, which includes members of former top tier Korean team KongDoo Panthera, who Fissure played with before Overwatch League even began. Despite that, LA just kept on rolling them. While London was able to pull off some big plays like a devastating Reinhardt/D.Va ult combo, LA found success by varying up their composition, thwarting London’s defence-heavy, Reinhardt-centric comp with clever positioning (and lots of explosives) from Pharah and Junkrat.

Superior positioning by @Surefour disrupts the enemy & gets some kills! #OWL2018

LA took map three, securing them a statement-maker of a win that few saw coming. On the obligatory fourth map, however, London finally came alive, narrowly snatching Pyrrhic victory from the jaws of total defeat despite more sneaky, snaky pulse bombs from Asher.

At this point, LA Gladiators own a 4-2 record this season, putting them near the top of the heap. Viewed as thoroughly middle of the pack up until recently, they have got a real shot at dark horse contendership.

It seems like all the pieces are falling into place for the LA Gladiators at the same time they’re achieving full-on continental drift for London. Not only did London make the, in hindsight, foolish decision to let Fissure go; this week, they parted ways with coach Beom-joon “Bishop” Lee, without whom the current London lineup wouldn’t exist.

Rumour has it that the players and coach weren’t gelling, but this still leaves the team in an odd spot — at least for now.

In a post-match interview, Fissure said that he felt like he “really proved himself today” after being discounted for so long. If there’s bad blood between him and his old teammates, however, it doesn’t show. As soon as the match concluded, Fissure hugged it out with his old teammates.