People Are Falling In Love With Ash's Newest Pokemon 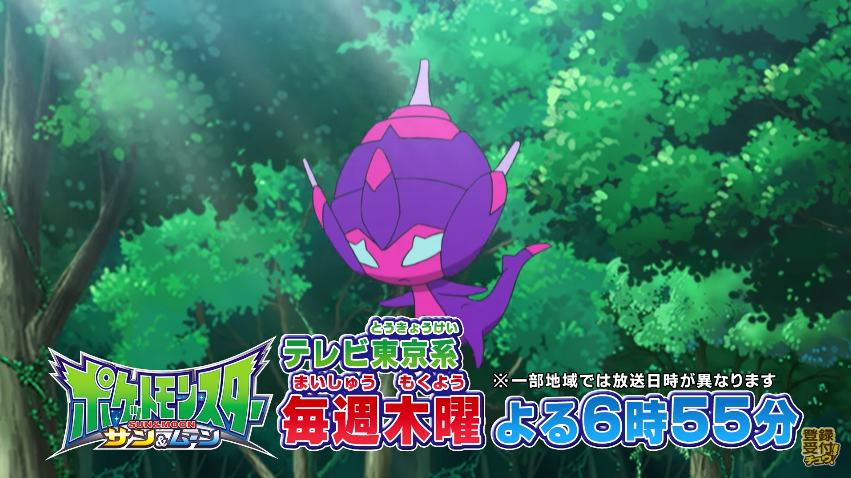 In the Pokemon Sun & Moon anime, Ash has caught a new Pocket Monster. Poipole, an Ultra Beast, is adorable.

This Poison-type Pocket Monster made its debut in Pokemon Ultra Sun and Ultra Moon. Poipole made its first TV anime appearance in Sun & Moon last December in Japan.

I lost 5 minutes of my life editing this #anipoke pic.twitter.com/1Y71Y1sJrD

Ash's Poipole is the 50th Pokemon he has caught.

Online, people are falling in love with Poipole because the little purple Pocket Monster is so cute.

#anipoke Today's episode was awesome! I don't think anything else needs to be said other than "YES!! POIPOLE IS PART OF THE TEAM!!" Even if it's temporary, I wanted Ash/Satoshi to catch it. Look at Poipole and Rowlet sleeping together! :D pic.twitter.com/8Lss1Hqxn5

I really like Poipoles reacting to the PokéFood. It's cute. And its sounds make it even cuter, though it's sometimes a bit high pitched :P #anipoke pic.twitter.com/TtR9qZHqEI

Even if it's temporary, Ash got a UB on his team, That's pretty cool #anipoke pic.twitter.com/KdBFrpPWLT