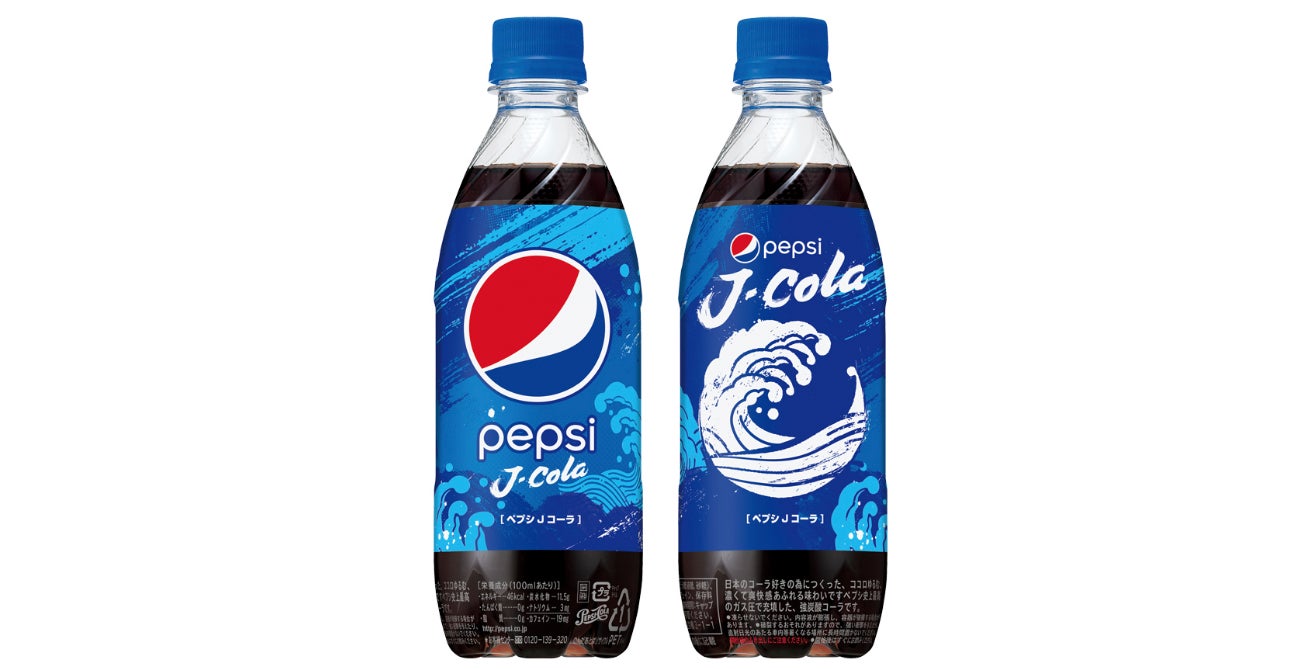 This is Pepsi J-Cola. According to website NariNari, it is aimed at Japan's cola-loving "heavy users".

That's exactly what NariNari wrote: ヘビーユーザー (hebiiyuuzaa), which is, of course, what's used in the cola industry to refer to people who drink a load of the fizzy beverage.

J-Cola was developed after getting feedback from over a hundred Japanese cola lovers.

The result was a deeper Pepsi with a refreshing aftertaste. Besides the standard Pepsi J-Cola, there is a Zero version as well as a Midnight one, which NariNari describes as the "flavour type". Suntory, in the drink's official release, says it has a blackcurrant aroma and is designed to be enjoyed at night.