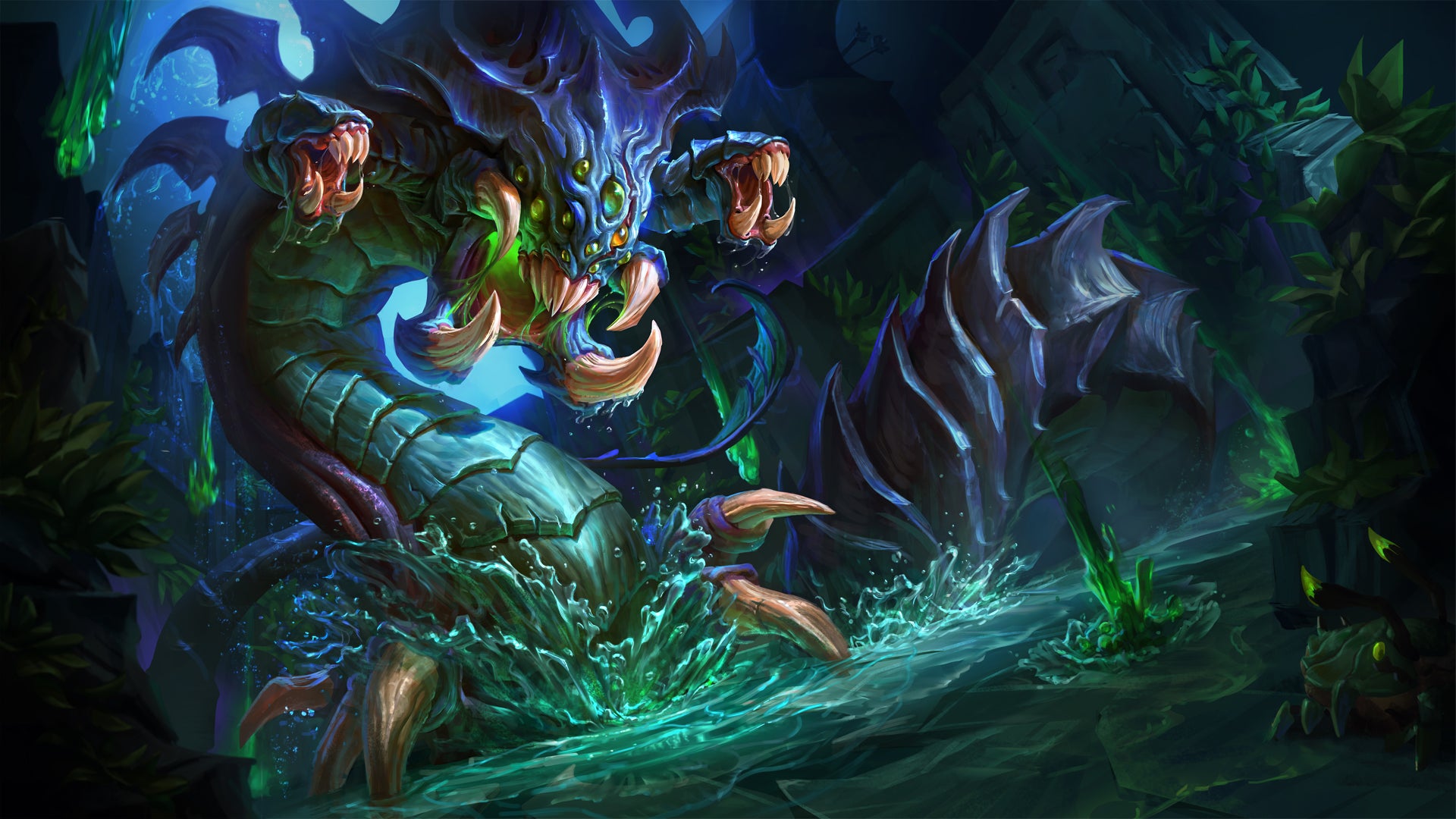 The Baron is League of Legends' biggest monster (besides Teemo). It holds dominion over one alcove of the map, rewarding a boon to any team that can best it. And in today's match between Roccat and Splyce, the two teams repeatedly stole that advantage from one another.

Baron buff is key to making mid and late-game pushes into enemy territory in League of Legends; especially so in the modern state of the game, wher the minion-boosting Baron aura mixes well with minions souped-up by an item called Banner of Command.

But the Baron buff doesn't go to the team that does the most damage to it. The purple monstrosity rewards its boon to whoever lands the killing blow, for a period of three-and-a-half minutes. In today's match between Splyce and Roccat, teams managed to sail in at the last second and steal the final blow not once, not twice, but three times.

The first time, Roccat's Jonas "Memento" Elmarghichi zipped in — with help from his teammate's Tahm Kench — and hopped the wall to snatch away the kill. Splyce's jungler Andrei "Xerxe" Dragomir was not happy with this, and at 35:30 minutes into the game, had a chance for revenge.

This is all possible for a few reasons. Players who fill the jungle role on their team always run an extra spell called Smite, which does significant, instant damage to a target monster. Early on, it's useful for clearing out lesser monster camps to gain gold and experience, but later in the game, it's the key to securing the final hit on Baron.

Another factor was Xerxe's champion of choice, Zac. A goopy blob of flubber not unlike my favourite ARMS character or 1997 science-fiction comedy, Zac can fling itself around using its arms as anchors. You can see Xerxe in the top-right of this clip of the third and final Baron steal, lining up the angle and flinging Zac into the fray to out-Smite Memento.

Splyce would eventually take the match off the tail-end of that stolen buff, bringing their head-to-head record this season to a tie.