Sea Of Thieves Servers Weren’t Prepared For So Many Players 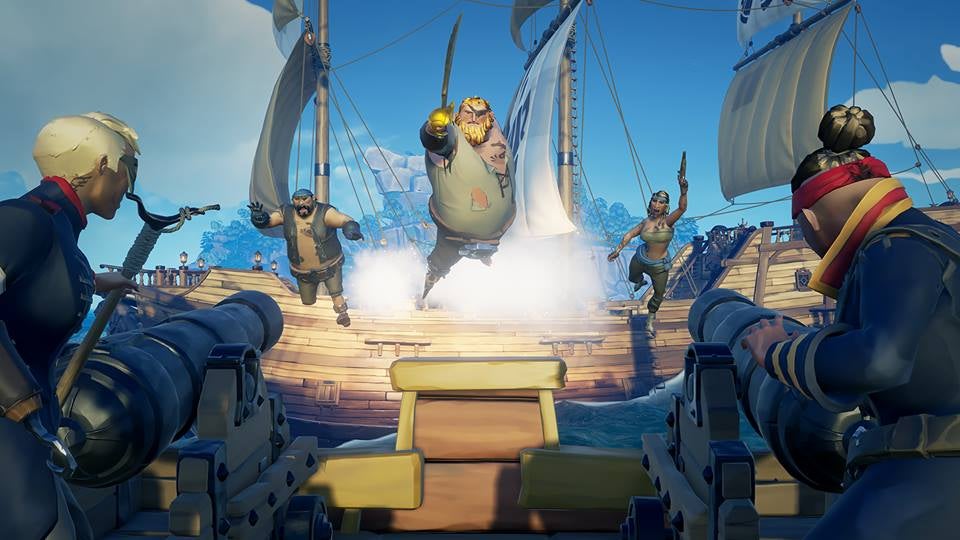 It was anything but smooth sailing for yesterday’s global launch of Sea of Thieves, as the game’s servers struggled to keep up with a massive influx of new pirates. Players were plagued by problems connecting to the game, random disconnects and matchmaking errors. At one point, developers had to temporarily suspend new players joining the game.

Ahoy Pirates for an update! We are seeing join rates on our servers faster than we have ever seen with the US online, people are getting in steadily and our team is working now on it to manage the load… appreciate your patience while we work through this. pic.twitter.com/e4WKFolhPn

So things were already looking bad on Tuesday afternoon, as North American players who’d purchased the game ahead of release and pre-loaded it on their PC or Xbox One started coming aboard.

I personally had no issues getting into the game on from around 10PM Tuesday to 7AM Wednesday AEDT, but as school and work began to let out in the US, I started experiencing CinnamonBeard errors, indicating a problem connecting to the game.

We've got A LOT of eager pirates playing #SeaOfThieves right now and due to this some of you may experience issues. Our engineers are working hard to investigate and alleviate them. Thanks for your patience! Visit support for more guidance: https://t.co/qtuHXghul5

In order to resolve the issues players are seeing with the servers, we will be temporarily suspending new players joining the game. We'll get everyone back in and playing as quickly as we can!

Developer Rare and Microsoft are currently working on updates to “ensure the playing experience will be optimal”, so I’m hopeful the seas will calm in the coming days. Until then, I recommend either calling in sick for school or work or getting a job that involves playing Sea of Thieves during the work day.

Look for more coverage of Sea of Thieves, including a full review, as I continue to play the game during my work day.