Secret Of Mana’s Composer Signs On To Retro JRPG 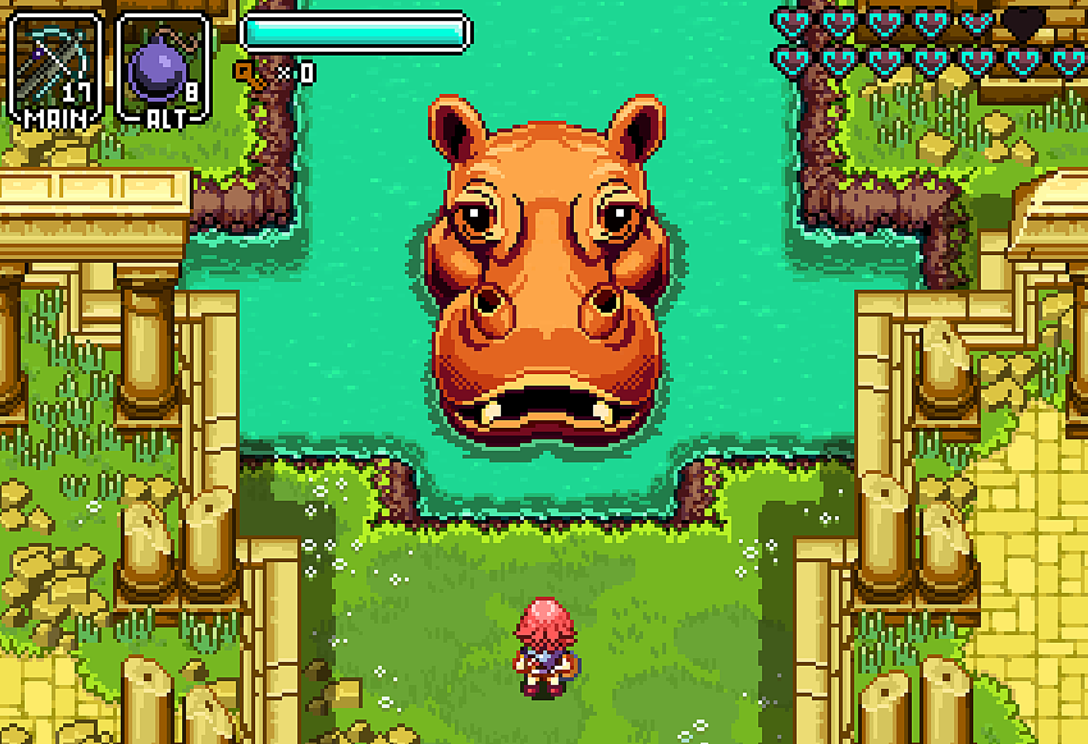 Hazelnut Bastille is a retro-looking RPG with beautiful pixel art. It’s something we’ve been seeing a lot of recently, but Bastille has one thing those other games don’t: Secret of Mana composer Hiroki Kikuta.

Screenshots and GIFs of Aloft Studio’s upcoming game have been circulating around Twitter and Tumblr for a while now, and it’s hard not to appreciate the level of detail and 16-bit charm in every image. It bears a striking resemblance to The Legend of Zelda: Link to the Past, an SNES classic with its fair share of indie homages. If all of that wasn’t enough to scratch that nostalgic itch, the studio announced yesterday that Kikuta has signed onto the project and will be contributing along with the game’s main composer, Shannon “Pongball” Mason.

In an email to Kotaku, Bastille‘s artist, Dennis Varvaro, said Kikuta is slated to deliver just a few tracks for the game (he’s also currently working on Indivisible, an RPG from the Skullgirls team). But depending on what additional sources of funding Aloft secures in the next couple of months, there could be more.

“Hazelnut Bastille is a wonderful looking retro-style game,” the Japanese composer said in a press release yesterday. “I’m looking forward to being a part of it and hope we can create music that lives up to the rest of the game and everyone’s expectations!”

Kikuta hasn’t had as prolific a career as some former Square Enix composers. His most notable projects include JRPGs Seiken Densetsu 3 and Shining Hearts. But Secret of Mana‘s soundtrack alone is reason enough to get excited about the new collaboration. Here’s Kotaku‘s Chris Kohler from our recent review of Secret of Mana Remake:

As it turns out, this was no accident – first-time game composer Hiroki Kikuta carefully tried to compose music to match the magical world the artists were creating, which was an uncommon workflow at the time. He also delved into the SNES’s sound hardware, crafting his melodies around the sound samples that he felt sounded the best on the SNES. So not only did Kikuta create a beautiful set of tunes – which, for my money, is still one of the best game soundtracks ever written – he did it in a way that was inextricably tied to the experience of the SNES. Every few years or so, when I replay Secret of Mana, a big part of the enjoyment is that I can experience that soundtrack again in its proper context.

According to Varvaro, the way the partnership came about was a happy accident. Last year, the team put out a call for composers, eventually deciding on Mason. However, after looking back through their emails they realised agents from a few Japanese composers had also contacted them about the project. Varvaro saw Kikuta’s name listed and offered him the work. “We sort of thought of it as a pipe dream, but at least worth the shot,” he said.

If you’re making an action-RPG aimed at recapturing the magic of the SNES, there’s no one better to have along for the ride. With this latest news, the studio also announced that Bastille will be coming to the Switch around the same time as its already planned PC release, currently expected near the end of 2019.