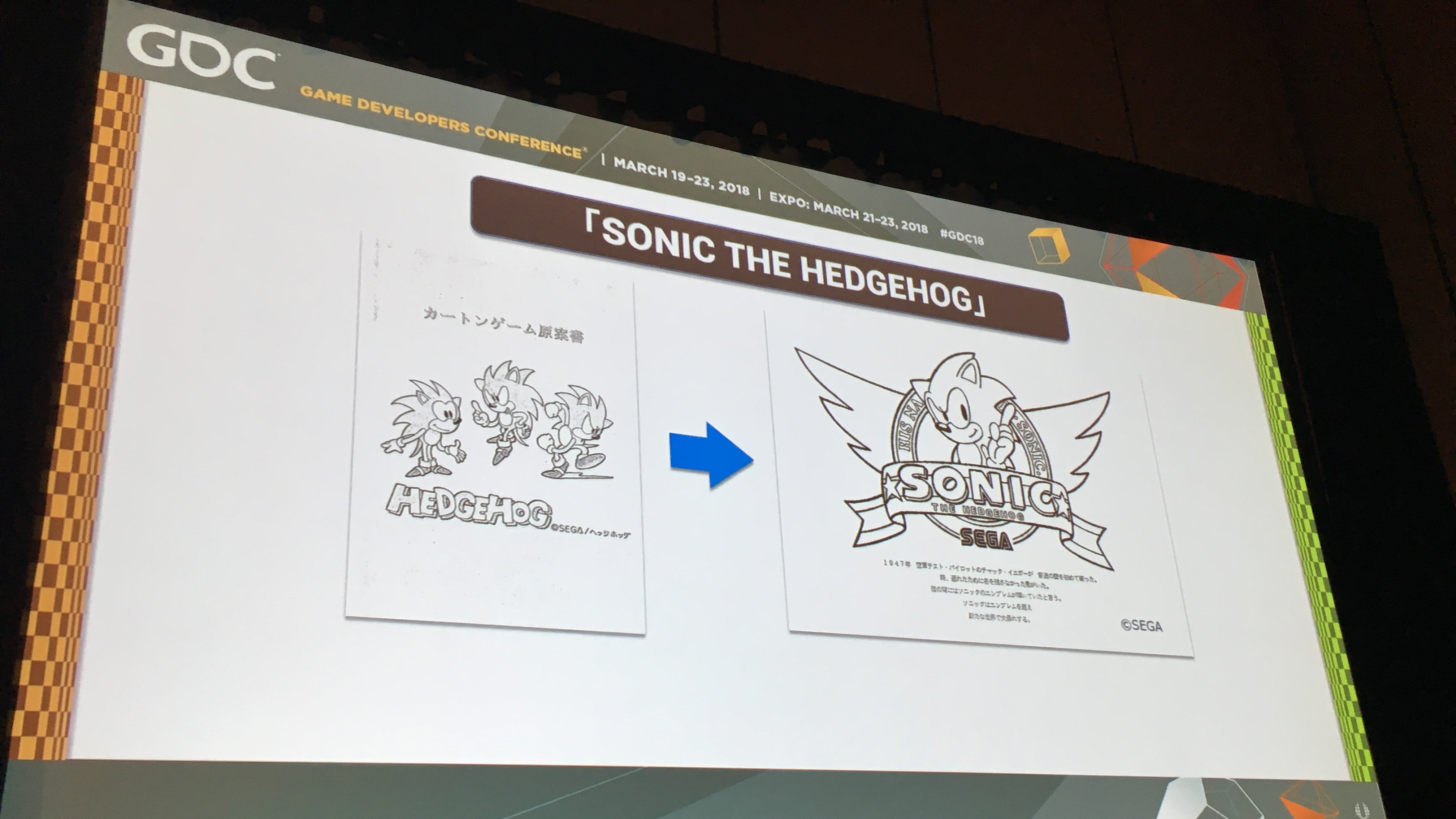 The backstory of Sonic the Hedgehog used to involve a fighter pilot with Sonic painted on the nose of his plane, the game's designers said today.

Game designer Hirokazu Yasuhara and character designer Naoto Oshima were on hand Wednesday at Game Developers Conference to present a "post-mortem" of the design of Sega's classic 1991 mascot platformer. 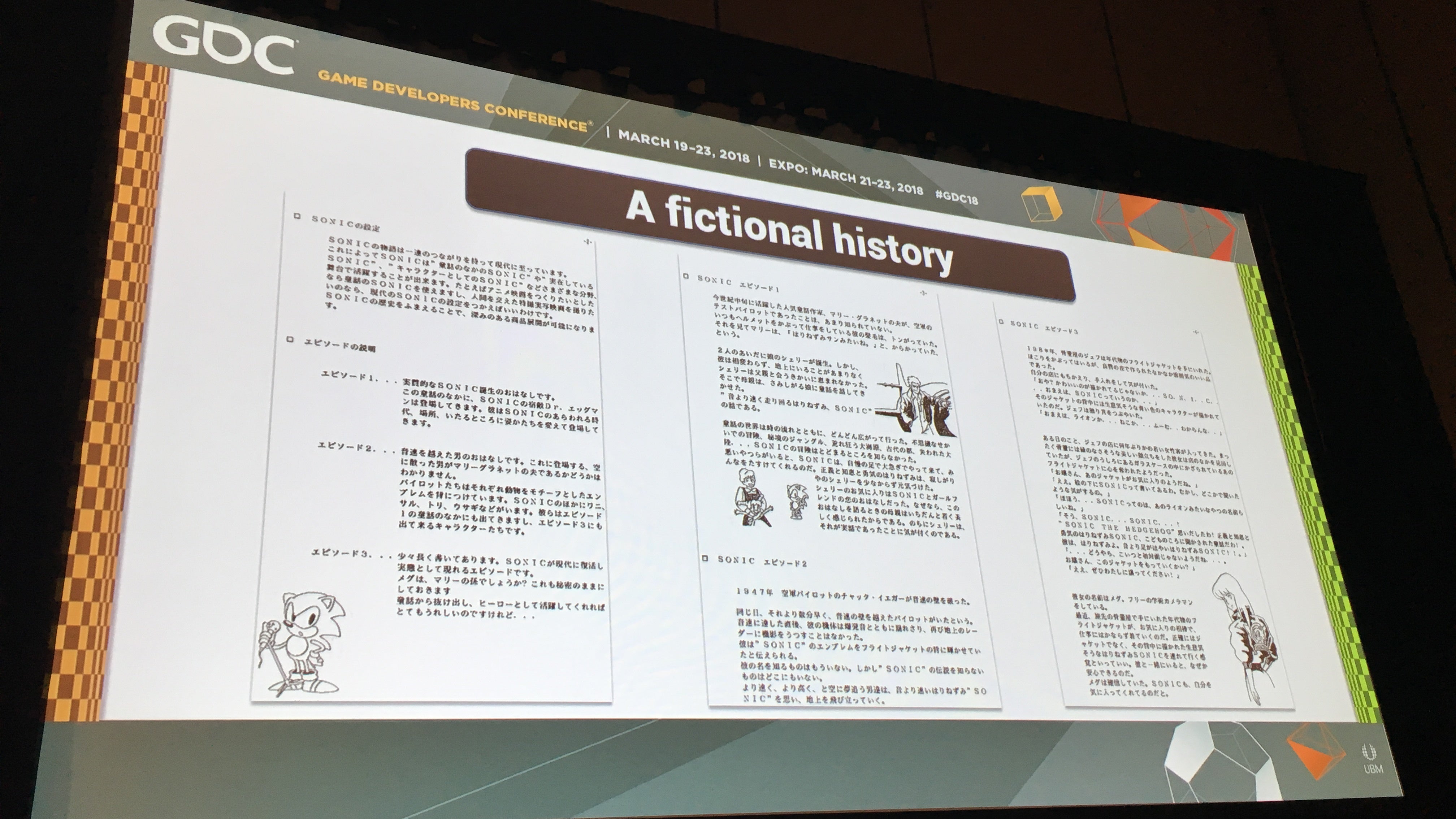 A still from the Sonic The Hedgehog post-mortem at GDC 2018. Photo: Chris Kohler (Kotaku)

Oshima talked about the thought process behind the design of the now-iconic blue hedgehog (who is blue, it turns out, to match the Sega logo), while Yasuhara went into some details about the game's original backstory. They showed a massive original design document with an extensive story in Japanese (with illustrations by Oshima), then provided a brief translation:

The story of a man who tirelessly sought to fly his plane at yet-unknown speeds.

His hair, always standing up, led to him being called the "Hedgehog."

The nose art on the plane he flew depicted Sonic.

He got married to an author of children's literature, and she wrote a children's story about a hedgehog that was based on him.

There's a lot more in the original, which I'm not about to painstakingly translate, but Chuck Yeager (the first pilot to break the speed of sound) is mentioned in there by name.

"Nose art," with which Oshima was fascinated at the time, is the cartoon art drawn on the front of fighter planes, usually by the soldiers themselves. The classic Sonic emblem, as seen on the game's title screen (and conceptualized in the sketch at the top of this story), was originally the "nose art" on the plane in this story, the designers said.

The actual story of Sonic and Dr. Eggman that took place in the game, meanwhile, was a story told by the wife of the pilot. This eventually became the singular story of the Sonic games that we know today, with all the story-in-a-story stuff gone. 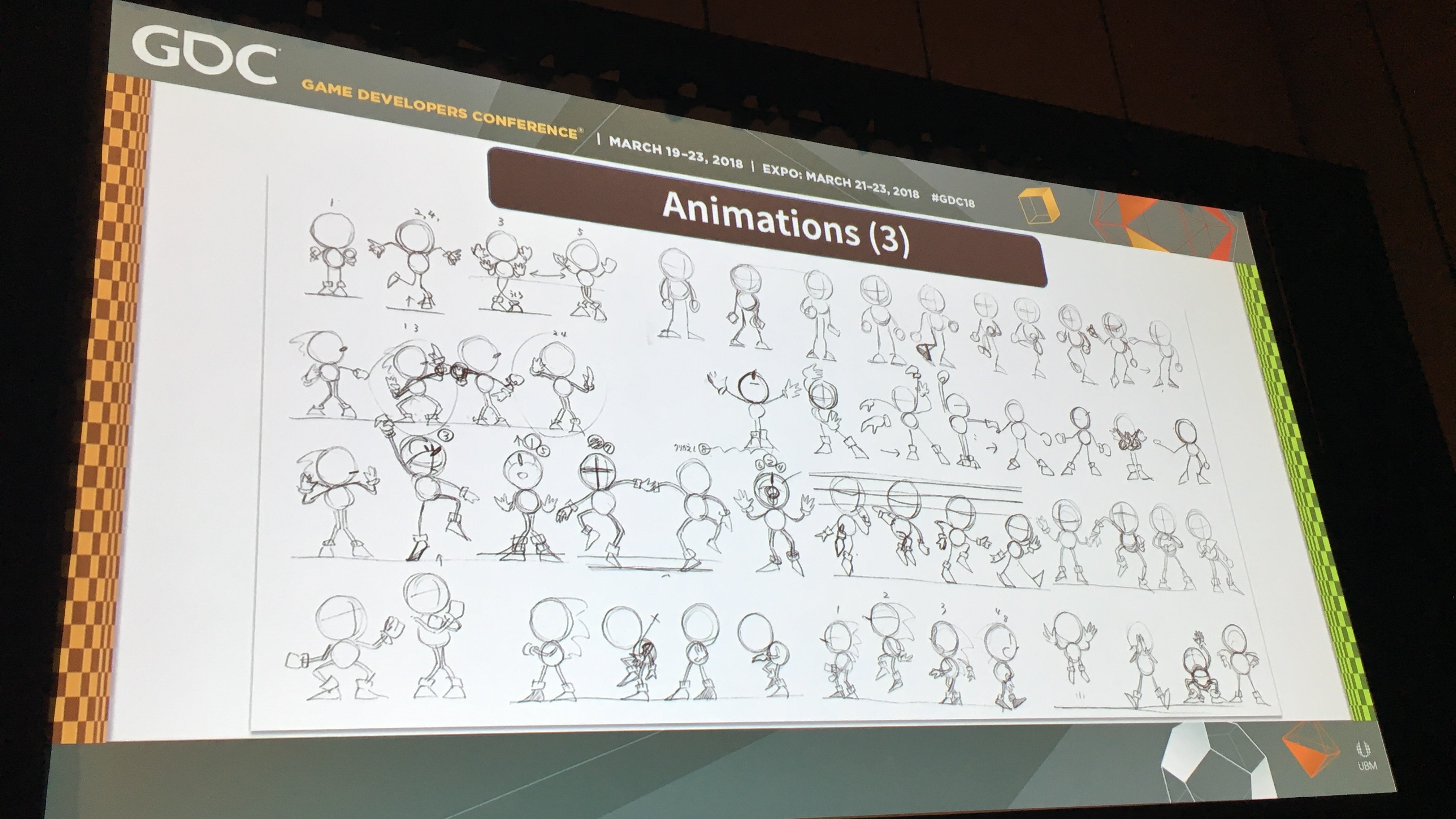 Still from the Sonic the Hedgehog post-mortem at GDC 2018. Photo: Chris Kohler (Kotaku)

One more proposed feature cut from the game: Oshima originally wanted Sonic to be a hedgehog who knew how to cut loose - footloose. "Here's the fabled dance animation that no one ever got to see," Oshima said, showing the slide above. Sonic would have had many, many killer dance moves, but ultimately, all these animations wouldn't fit on the cartridge, he said.