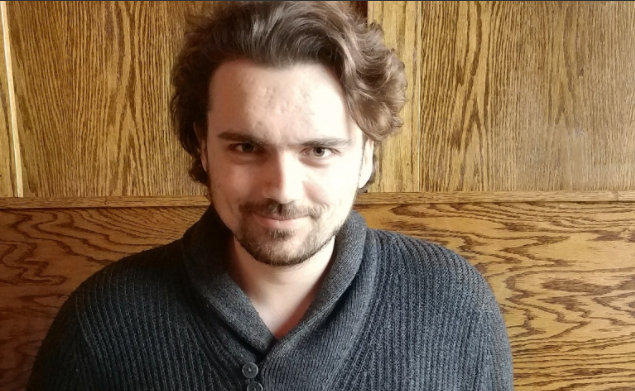 A prominent speedrunner says he's been banned from participating in all future events hosted by the charity organisation Games Done Quick after he gave marijuana to a friend at the most recent speedrunning marathon.

BubblesDelFuego, a speedrunner known for Fallout 4 and Dark Souls speedruns, said Friday on a Twitch stream that he had been taking marijuana edibles to treat chronic pain.

He was diagnosed with Hodgkin lymphoma at age 17, surviving the condition thanks to early detection and later beating the cancer again at the age of 19. Since then, he has been taking medical marijuana to help alleviate lingering pain.

BubblesDelFuego said he shared a portion of his edible with a friend who was staying with him at a local AirBnB. An hour later, as the edible's effect wore off, BubblesDelFuego's friend experienced a panic attack and was taken to a local hospital by paramedics.

As police arrived on the scene and GDQ staff became aware of the situation, GDQ staff asked BubblesDelFuego to leave the venue. During a live run for Star Wars Jedi Knight: Jedi Academy where he was providing commentary, you can see BubblesDelFuego checking his phone before leaving the commentator's couch.

In the video, BubblesDelFuego said that members of the GDQ staff offered advice as he was leaving the event. "One GDQ staff member tells me to get a lawyer as soon as possible to avoid fees in jail," he said.

"Another says that marijuana should never be given to anyone with anxiety."

Today, via Twitter DM to Kotaku, BubblesDelFuego criticised the GDQ "enforcement" staff, accusing them of abusing their power. "Everything now seems clear, but in the moment I was so confused why GDQ staff would input their thoughts in the moment when they clearly did not know anything about THC," he said.

"It's almost as if they just wanted to be 'a part of the action' and dignify to themselves that their 'job' there has a purpose… They don't have experience with having power, so in the moment they show anxiety and abuse it. Anxiety because they have no idea what they're doing and they can't let that show, and abuse because they'd rather do their job too much than too little."

Games Done Quick has banned or temporarily suspended runners in the past for incidents involving political apparel and runner profanity.

As the event has grown, organisers have taken extra steps to cut down on perceived controversies and community toxicity. During AGDQ 2018, they set their Twitch chat to subscriber-only mode in an effort to cut down on spam and hate speech.

Games Done Quick's rules specify that any individual attempting to enter the event while under the influence of illicit substances is subject to possible disciplinary action. First-time offenders receive a verbal warning while a second offence is grounds for being removed from the event "with the possibility of banishment from future events."

The rules urge caution for individuals in possession of medical or recreational marijuana.

"Marijuana is a very complicated subject and we understand this," the rules say on the charity's website. "Often there is no transfer of licenses or prescriptions between states. And some states flat out do not allow for any kind of marijuana use at all.

However, in keeping with the overall rules of Games Done Quick and Twitch's Terms of Service, anyone using marijuana at the event must be able to prove they are doing so legally by the laws of the state the event is held in. You are responsible for finding out what the local laws are and making sure you are in compliance."

When contacted by Kotaku via email, a representative of Games Done Quick said: "As a company policy we do not publicly discuss enforcement actions." Games Done Quick's rules specify that regardless of the situation, individuals found in violation of local laws are still subject to discipline.

At the time, Virginia had yet to adopt widespread medical marijuana laws. In February, the State Senate and House of Delegates voted to allow doctors to recommend their use for the treatment of any diagnosed illness or condition.

"As a result, the two time cancer survivor is now banned from a cancer marathon," BubblesDelFuego said in his livestream. "I've come to terms that I'm banned and no longer going. I've taken this week off to reflect and calm down and to gather my thoughts and words. I'm not speed running or streaming or being the best."