Steven Universe Is Introducing Garnet To The Off-Color Gems In The Most Charming, Delightful Way 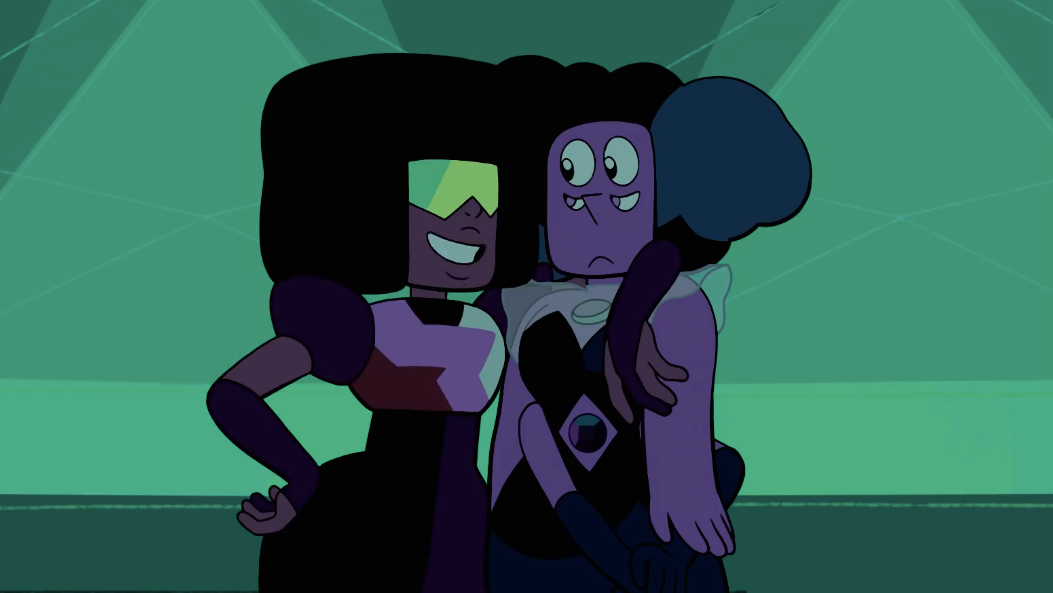 Take a moment to think of just flexibility, love and trust and how Garnet of the Crystal Gems is going to react to meeting Steven Universe's Off-Color Homeworld gems. Steven Universe is about to make its long-overdue return to Cartoon Network on April 9 in the US, and judging from the newest clip from the show, the next Stevenbomb is about to deliver in a big way.

Even though Lars and the Off-Colors are still out in space living their best lives, Steven has a direct portal to them by way of the pocket dimension that connects Lion's mane to the tuft of hair atop Lars' head. Of course, this means that all of the Crystal Gems have a chance to meet their newest starfaring teammates - and in the newest Steven Universe clip, that's exactly what happens.

Garnet's the first of the Gems to meet Rhodonite, Padparadscha, Fluorite and the Rutile Twins and, as you might expect, she's absolutely charmed to meet them, but they're not as jazzed about her and what she represents.

It feels a lot like Steven Universe is about to come to its inevitable end, but the Gems are sure to put up an even more valiant fight against the Diamonds with their newest allies when the show returns this April.