The Curse Of Monkey Island Is Still Great 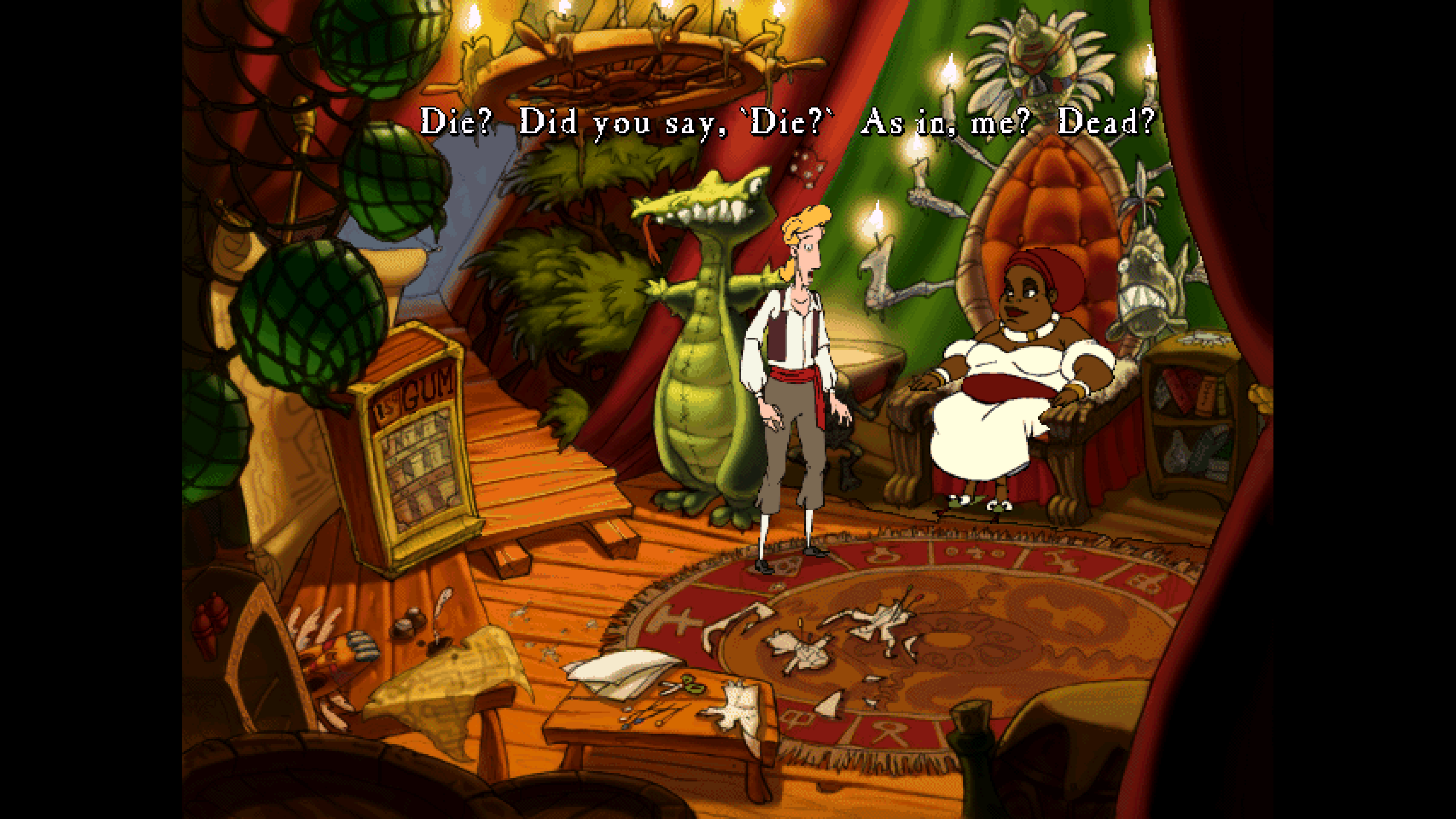 The Curse of Monkey Island came out on Steam and GOG last week, and I'm pleased to report that, 21 years later, it's as great as I remember.

Although the third Monkey Island isn't spoken of as fondly as the first two games - in large part because it was directed by Larry Ahern and Jonathan Ackley rather than series originator Ron Gilbert - it's just as good, full of smart puzzles, fun cartoon animations, and excellent voice acting. Wikipedia tells me that it was critically acclaimed and won a bunch of awards, so hey, I guess people did appreciate it at the time.

I certainly appreciated it then, although when I first played The Curse of Monkey Island as a kid, in 1997, I tended to skip all the cutscenes so I could just play through the puzzles.

I didn't even try to solve the puzzles myself - I used a walkthrough and followed all the instructions. I did this for all LucasArts adventures back then, from Fate of Atlantis to Day of the Tentacle, and I replayed them all dozens of times.

No, I have no idea why I wanted to play through these games without watching cutscenes or solving puzzles myself. I just did. I was a kid, ok? Leave me alone.

As a result, when I played through Curse of Monkey Island again this weekend, I found myself remembering many puzzle solutions without having to think about them. Oh, of course you stick the chisel in the cheese. Looking at the game today, however, I can see the brilliance.

There are five acts, and each one gives you clear goals, then sends you along twisted puzzles that you'll need to unravel in order to accomplish those goals, like a big pirate-themed quilt.

Voice actor Dominic Armato is fantastic as Guybrush Threepwood, and the game is stuffed full of jokes and wonderful characters, from pirate barbers to sun-tanning film agents.

The bad news is that insult swordfighting, which I once thought was one of the greatest things ever made, has not aged well. In Curse of Monkey Island, like in the first game, you can duel other pirates through battles of wit that require you to come up with an appropriately punny response to each insult they hurl at you.

Problem is, the only way to learn these retorts is to hear them in battle. The rhythm goes something like this: fight battle -> learn insult -> end battle -> fight new battle with the same person -> use insult on them to hear best response -> end battle again -> repeat.

It's a clever system that, in practice, feels tedious.

That's a small gripe, though, and if you're playing for the first time, you probably won't even notice the problems. Curse of Monkey Island is a brilliant game that has aged quite nicely, and I recommend that you all play it before you run out of grog.