The Faster A Video Game Treasure Chest Opens, The Better

kotaku corekotaku game diary
To sign up for our daily newsletter covering the latest news, features and reviews, head HERE. For a running feed of all our stories, follow us on Twitter HERE. Or you can bookmark the Kotaku Australia homepage to visit whenever you need a news fix.

About one hour into my Assassin’s Creed: Origins playthrough, I came upon my first treasure chest in an out-of-the-way cave near Siwa. As I walked up to it, I pressed the E key and braced myself for that everlasting example of minor gameplay annoyances: the chest-opening animation. But it never came.

Instead of sitting through an animation, Assassin’s Creed: Origins briefly displays your gathered resources in the corner of your screen. At no point in this wonderfully A-button-friendly process do you lose control of Bayek. There’s no excruciating, lingering view of the chest’s contents. No close-up of the hero rummaging through the box while gasping in awe. No lilting five-chord melody proclaiming, “You got some stuff!“

The lack of chest-opening cutscenes is not a new development in video games, but as someone whose last game before this was Xenoblade Chronicles 2, looting resources without suffering through a five-second cutscene and hearing “What we have here?” again was cause for celebration. Sure, these animations can be fun, and they often contribute to the character and atmosphere of a game. The way Link opens chests in Breath Of The Wild by simply kicking them will always elicit a chuckle. But just as Korok seeds start grating on you after the 50th one (yahaha!), chest animations can overstay their welcome.

While they might only take a few seconds, those seconds add up over time. 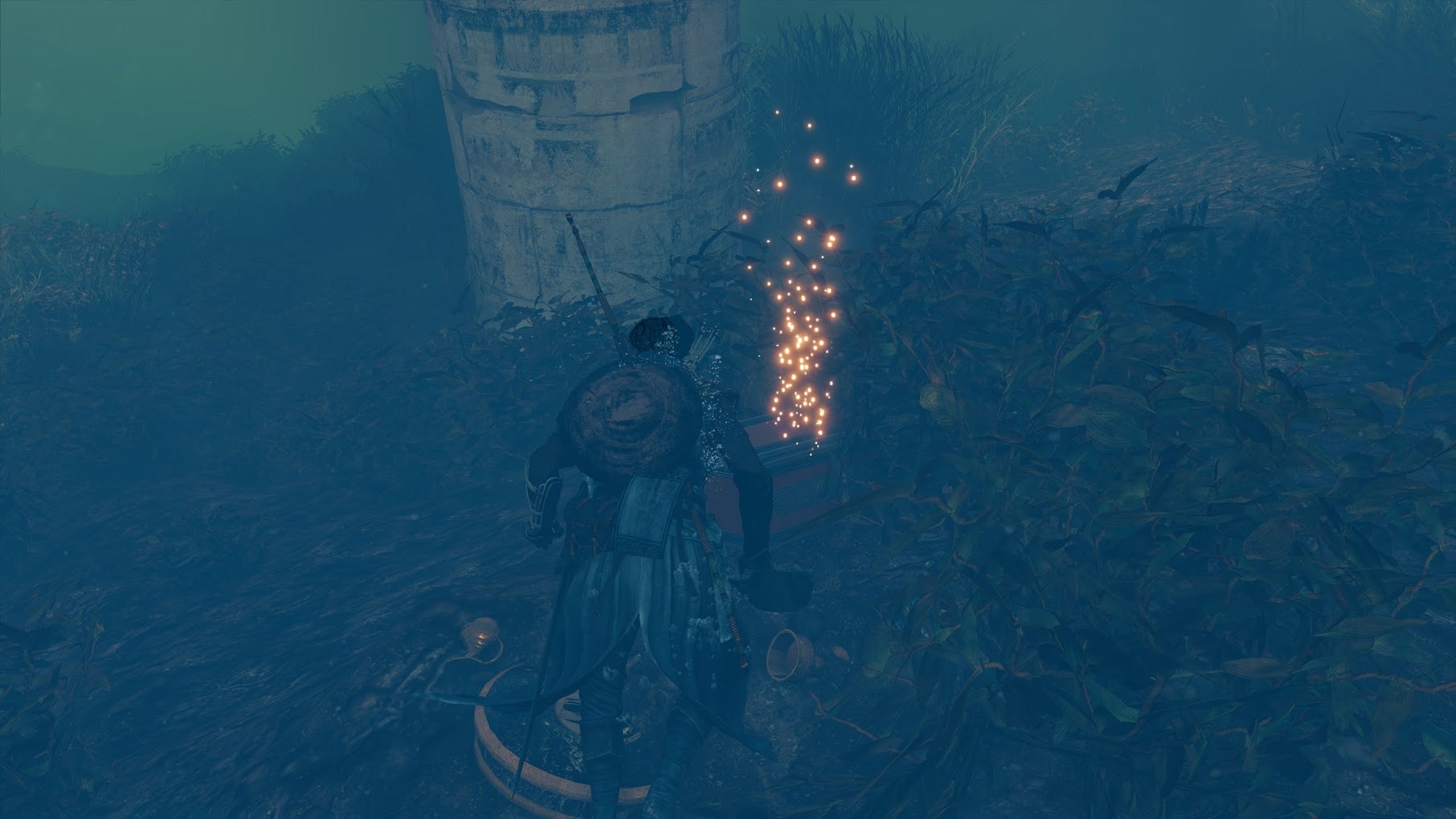 There’s a lot to like about Xenoblade, but its resource-collecting animations actively suck the fun out of the game. Here’s the whole process:

And here is that same process in Assassin’s Creed: Origins:

See the difference? Granted, Xenoblade is a very different game. But they’re both open-world games with resource collecting as a mechanic, and the way they approach this mechanic couldn’t be more different. Playing Assassin’s Creed: Origins reminds me that we tend to live with small gameplay annoyances, but a simple fix can make a world of difference.