The Harry Potter Games Of Our Wildest Dreams

Harry Potter has not had the most illustrious history when it comes to video game adaptations. It looks as though things are going to start getting better, but there are still Potter games we've been dreaming about forever that we'd love to see one day before we die.

Look, not all of the film tie-in Harry Potter games of the '00s were irredeemably bad. Some of them were almost OK. LEGO Harry Potter, meanwhile, was genuinely good. But they have all been pretty straightforward retellings of the stories of the films, without much room for experimentation. Late last year, WB Games announced that it had set up a new label, Portkey Games, specifically to handle collaborating with developers to bring new Potter games to consoles and smartphones. The first results of these efforts are out this year: Hogwarts Mystery, a role-playing social game for phones that casts you as a new student during the time that the Weasley parents were at school, and Wizards Unite, Niantic's attempt to replicate the success of Pokemon GO with another mega-popular franchise.

What's great about these games is that rather than being tied to movie releases, they have the chance to explore the entire Potterverse from many different angles. We've been dreaming up pie-in-the-sky ideas for Potter-themed games for basically 20 years, so this was extremely welcome news. Here are the Harry Potter-inspired video games we wish existed.

Persona, But It's Marauders-Era Hogwarts

The Marauders era - the term fans use to describe the years when Harry's parents were at Hogwarts - has always fascinated me. England in the 1970s, just before the First Wizarding War. Tension is in the air, and violence against Muggle-born and mixed-blood wizards is starting to happen at an alarming rate as Voldemort's rhetoric starts to radicalise members of the wizarding world.

At the same time, James, Sirius, Remus and Peter are living it up at Hogwarts, like princes to the throne of merrymaking, not knowing that before the decade is up James and Lily will both be dead, betrayed by one of their own. This is a deadly, high drama high school situation, and it's basically already the plot of a Persona game. By their last few years of Hogwarts, James would be having to make some hard choices about what kind of man he wants to be. Following him on a day-to-day schedule of classes, pranks and romancing Lily would finally give Harry's parents a little depth, and explain how he went from a man who gleefully bullied Snape to a man that would inspire his friends and family for generations.

Social links with characters such as a young Snape, or other characters' parents such as Frank and Alice Longbottom, would round out the melodrama that serves as the backdrop for Harry's own journey. Plus, imagine levelling up whatever the Hogwarts version of personas would be. Would James's stag Patronus just get beefier and beefier every time he learns a life lesson? Man, I wish I could find out. - Gita

Imagine a combination of The Room and Myst, a puzzle game that takes you through Hogwarts in search of a hidden secret within the castle, perhaps set far back in the past during the Founders' era. You wouldn't need characters, just magical object puzzles, portraits delivering riddles, perhaps the odd test of wizarding knowledge. Through the art and writing, you'd get to know the castle inside-out, and you'd amass a collection of tactile magical objects and documents. Remember the Wonderbook? That short-lived AR PlayStation 3 series that involved the PlayStation Move and an actual book? There was a Potter-themed Book of Spells game for that which, though disappointingly thin, did have a great tactile feel when you were waving a wand around. That's the vibe you'd want for a Hogwarts puzzle adventure. - Keza 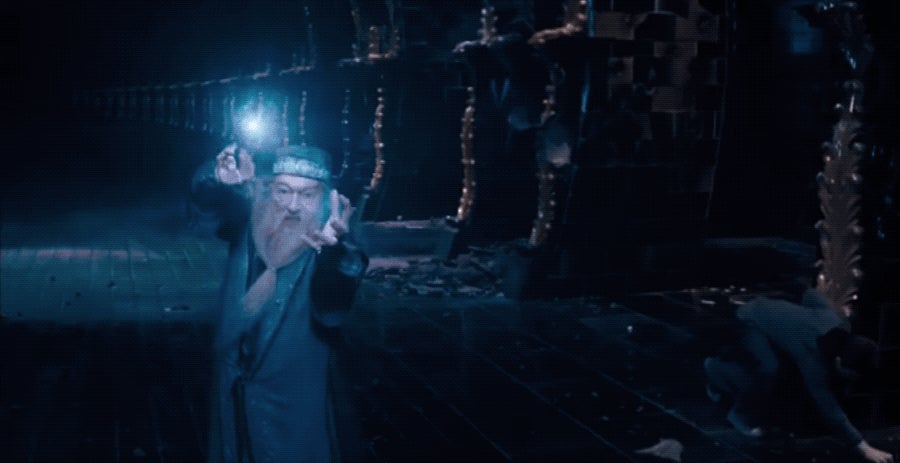 Aurors are basically wizard special agents. They find and fight enclaves of evil wizards, sometimes confiscating cursed artefacts along the way. Playing as a crack squad of Aurors on a mission, Invisible Inc. style, would be a blast. You'd get a mission from Harry or Hermione and round up your Auror squad, making a team of wizards who use high-level offensive, defensive and exploratory spells. Although there are many, many fights between wizards in the Harry Potter books, they mostly amount to characters whipping out their wands and yelling nonsense words. The idea of wizarding duels as a kind of elegant chess, where placing your players in the right squares with the right spells and potions is the key to victory, is much more appealing to me.

Each map could be themed around different kinds of threats: A potions master booby-traps his lair with area of effect poisons. When you're dealing with a wizard that's slated for Azkaban, you have to fight around the Dementors, who slowly drain everyone's magic casting powers and hit points. Of course, getting some out-and-out duels against Death Eater holdouts wielding the Cruciatus curse would be a kind of battle I want to see if I could strategise my way through. If this actually got made I'd really need some good voice lines from Hermione tut-tutting me for not being prepared enough. - Gita

Bully, But It's Hogwarts 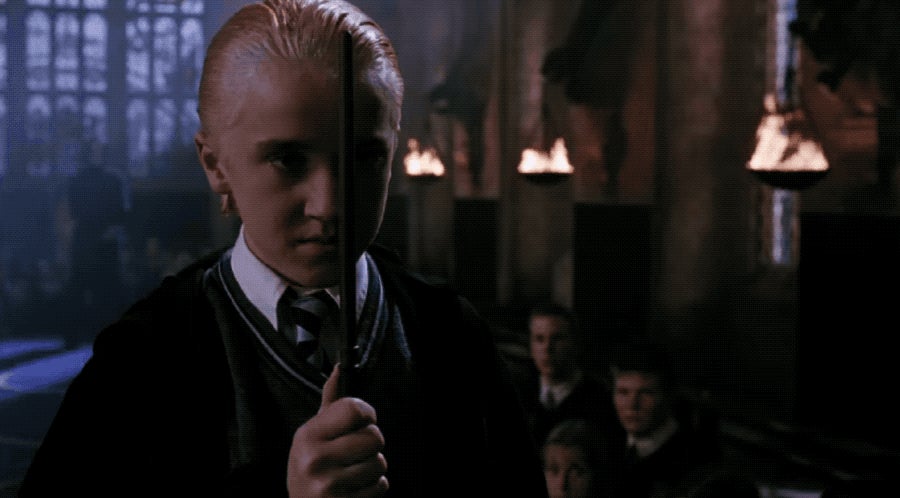 Rockstar's old English public school role-playing game Bully (Canis Canem Edit in Australia) is a perfect template for a proper Hogwarts RPG. You'd arrive at school, go to classes that would raise your skills (or skip them to explore the castle), make friends, learn spells and potions that will help your extracurricular activities, visit Hogsmeade, explore the Forbidden Forest. In my head, this is set during the main Potter era (when Harry is at school), but all the things that Harry himself is up to are kind of happening in the background. You're a (comparatively) ordinary student, making your own way through your education, but the series' best-known characters would make appearances, and whilst you played through your own adventure you'd be able watch some of the key events from the main Potter storyline from the sidelines.

I love the idea that the player would know what the game was ultimately building up to - the Battle of Hogwarts - but your character wouldn't have any of the insider knowledge that Hermione, Ron and Harry benefit from. I've always been curious about what went on at Hogwarts whilst Harry and pals were busy being sad in a tent for most of Deathly Hallows. This game could explore that, too. - Keza

Playing Quidditch seems a little boring and convoluted, but managing a rowdy team of rough and tumble wizards sounds much more fun. Imagine being able to play throughout wizarding history, making deals and managing teams with players such as Ginny Weasley, Viktor Krum or the incendiary Holyhead Harpies beater Gwenog Jones. Hell, imagine how historical events in wizarding history would affect the players on your teams. Would Krum rejoin the league after the trauma of the Triwizard Tournament? How could you undermine the Holyhead Harpies' longtime rivals, the Puddlemere United, in the years leading up to their Quidditch riot at their match at Ilkley Moor? Hell, I'd love to play a special game mode where you take Ron Weasley's beloved Chudley Cannons from an absolute shit team that hasn't won a Quidditch cup since 1892, to one worthy of his intense fandom. - Gita

You're either a renegade monster-lover like Hagrid or Newt Scamander, or an operative for the Regulation and Control of Magical Creatures, I haven't decided. You go out on missions to learn about and sometimes capture magical creatures that range from the downright terrifying to the comical, slowly building up a magical bestiary. There'd be a Monster Hunter flavour to the structure of the game, though obviously you wouldn't be killing unicorns for hats. You'd have to learn as much as possible about a creature before trying to track it, crafting potions and traps. You'd only have to actually fight proper big dangerous beasties such as dragons and basilisks - most of the time you'd be trying to capture amusing little beasties such as bowtruckles, making this as much of a puzzle game as an action game. - Keza