The Internet Reacts To Ninja's Fortnite Stream With Drake

Yesterday, Drake joined up with Ninja for a Fortnite stream, which reached over 600,000 concurrent views. Travis Scott and Juju Smith-Schuster also entered the fray. People were excited! There were reactions.

A lot of them.

*Drake gets a single kill*

BEDTIME IS CANCELLED. I AM TOO HYPE TO SLEEP. Travis Scott, Drake, Juju, and Ninja. pic.twitter.com/XcBHhRe2u5

Drake is team pineapple on pizza?
I knew I liked that guy.

No matter your personal feelings about Fortnite or @Ninja and Drake, tonight is a momentous victory for all of Twitch, streamers, and the entire world of gaming. This happened because people from all walks of life just truly love video games.

imma be real with yall.. we having fun now................. but atleast 3 ppl gonna get fired tomorrow for oversleeping and missing work because they were up at 3 am watching drake play fortnite.

"Why are you late for work?"

me as a kid: when i'm an adult i can stay up all night playing video games

me as an adult: i'm staying up all night watching drake and travis scott play video games

kim kardashian is obsessed with anime, drake and travis are playing fortnite, this is one of the best and worst years to be a fuckin nerd

Watching Drake run around as a bush is the greatest thing that's happened so far in 2018 pic.twitter.com/HuEcUHht5i

The most legendary Squad in the history of gaming..

I got everyone covered for work and school tomorrow#SickNote@Ninja @Drake @FortniteGame pic.twitter.com/98NDvwAAZ3 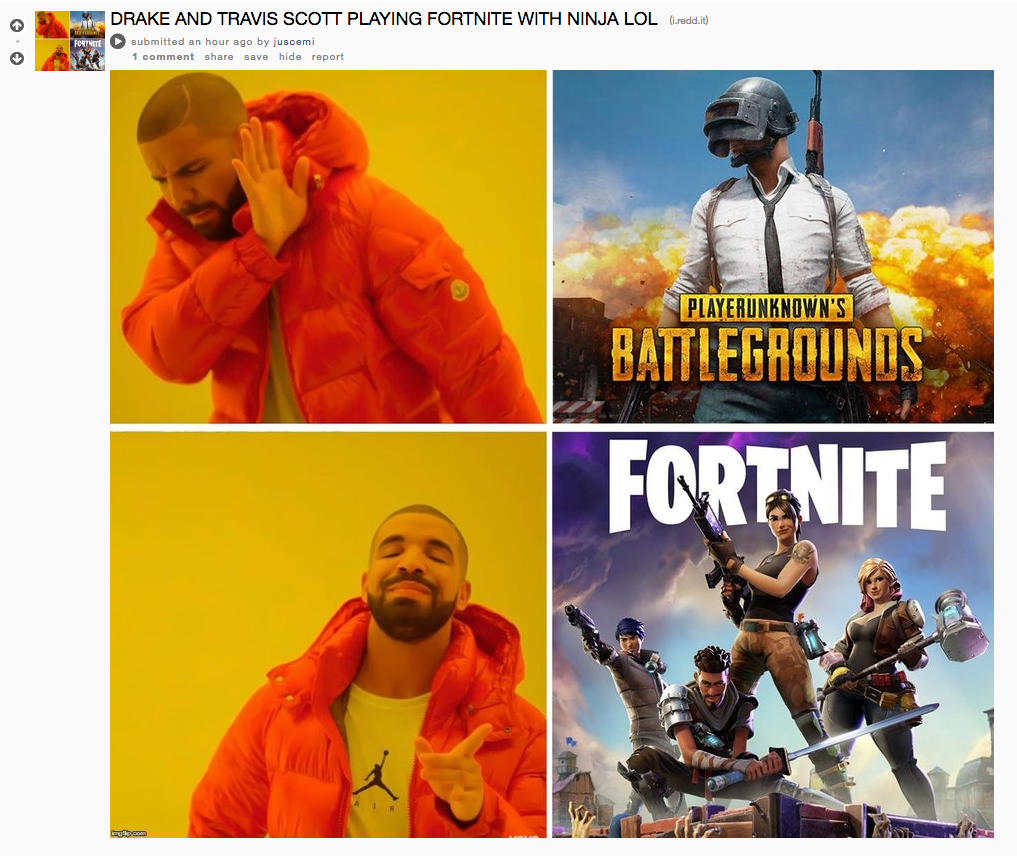 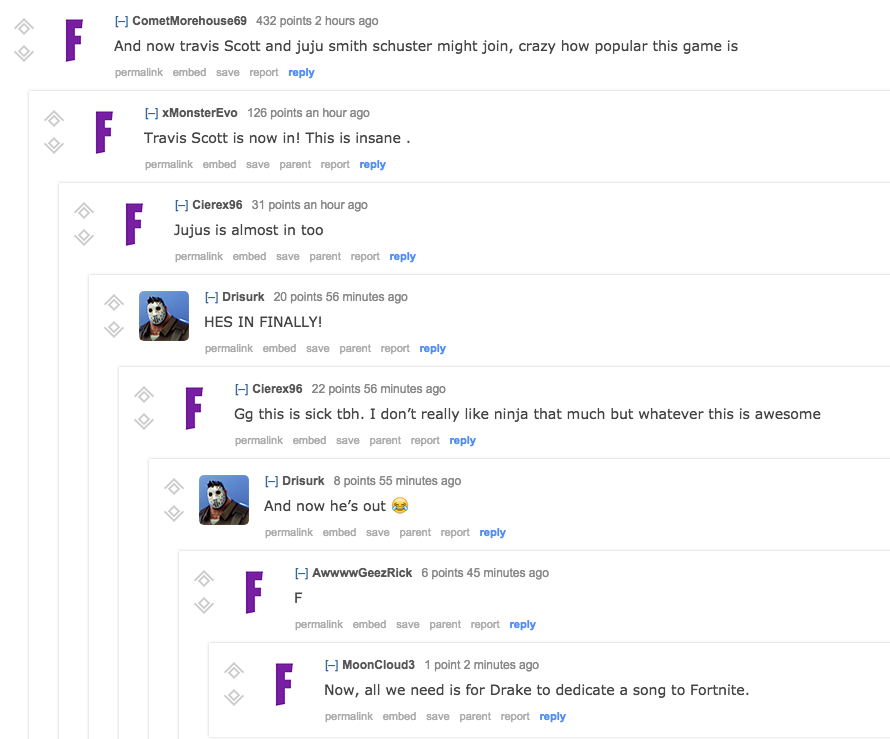