The Latest Twist On Monopoly Is ... Mario Kart Goodbye, Boardwalk; hello, Rainbow Road. Hasbro's latest twist on Monopoly is a Mario Kart theme. And like last year's Monopoly Gamer, it's no simple reskin of the classic game.

Available via GameStop and at other retailers on June 1, Monopoly Gamer: Mario Kart is, at its core, still about circling around a square board, buying up properties, and charging exorbitant rent to other players who are unfortunate enough to land there. But there are a lot of twists. 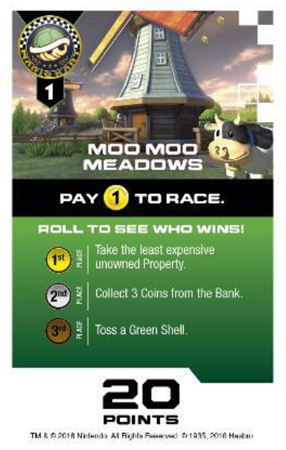 The game uses coins instead of dollar bills, for instance. And every time a player passes Go, they flip over a Grand Prix card (example at left), which starts a Race. Players then have the option of paying one or more coins as an entrance fee to the race. You roll a die to see who places where, and prizes are passed out according to the card.

Also, on your turn, you roll a Power-Up die in addition to your Move die. This lets you use a signature Mario Kart power-up: If you roll a Green Shell, for example, you'll cause the player directly in front of you to drop three coins on their space. Any player who passes by those coins can then pick them up.

A game of Monopoly Gamer: Mario Kart doesn't end when you bankrupt the other players. It ends after the final Grand Prix card has been drawn and the last race is run. At that point, players total up all of their points that they got from winning races, buying property, and collecting coins.

And then there are the things that are, in the midst of all these major changes, oddly unchanged from vanilla Monopoly. Like jail. There's still jail. Not, like, Lakitu Jail or anything, just regular jail. 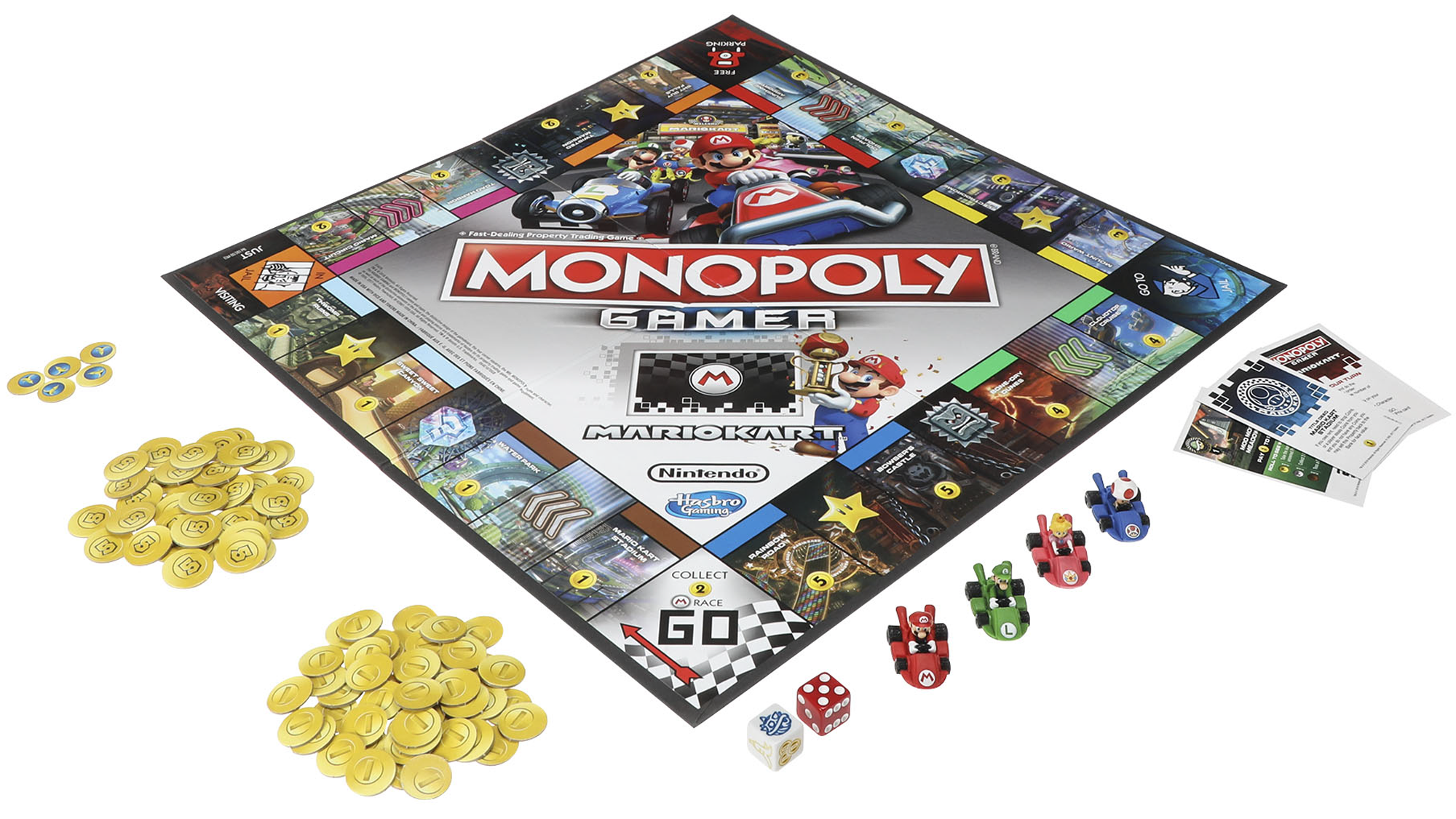 The game includes four tokens: Mario, Luigi, Peach, and Toad. But unlike your standard race cars and thimbles, not all tokens are created equal in Mario Kart. Each character has a special affinity for one power-up.

So for example, if Mario rolls Coins, he can choose to either take three coins or move three more spaces, whereas other players would only get to take the coins. Each player also has a different Super Star ability that they activate when they land on one of the four star spaces.