The Main Game Dev Advocacy Group Is Wishy-Washy On Unions 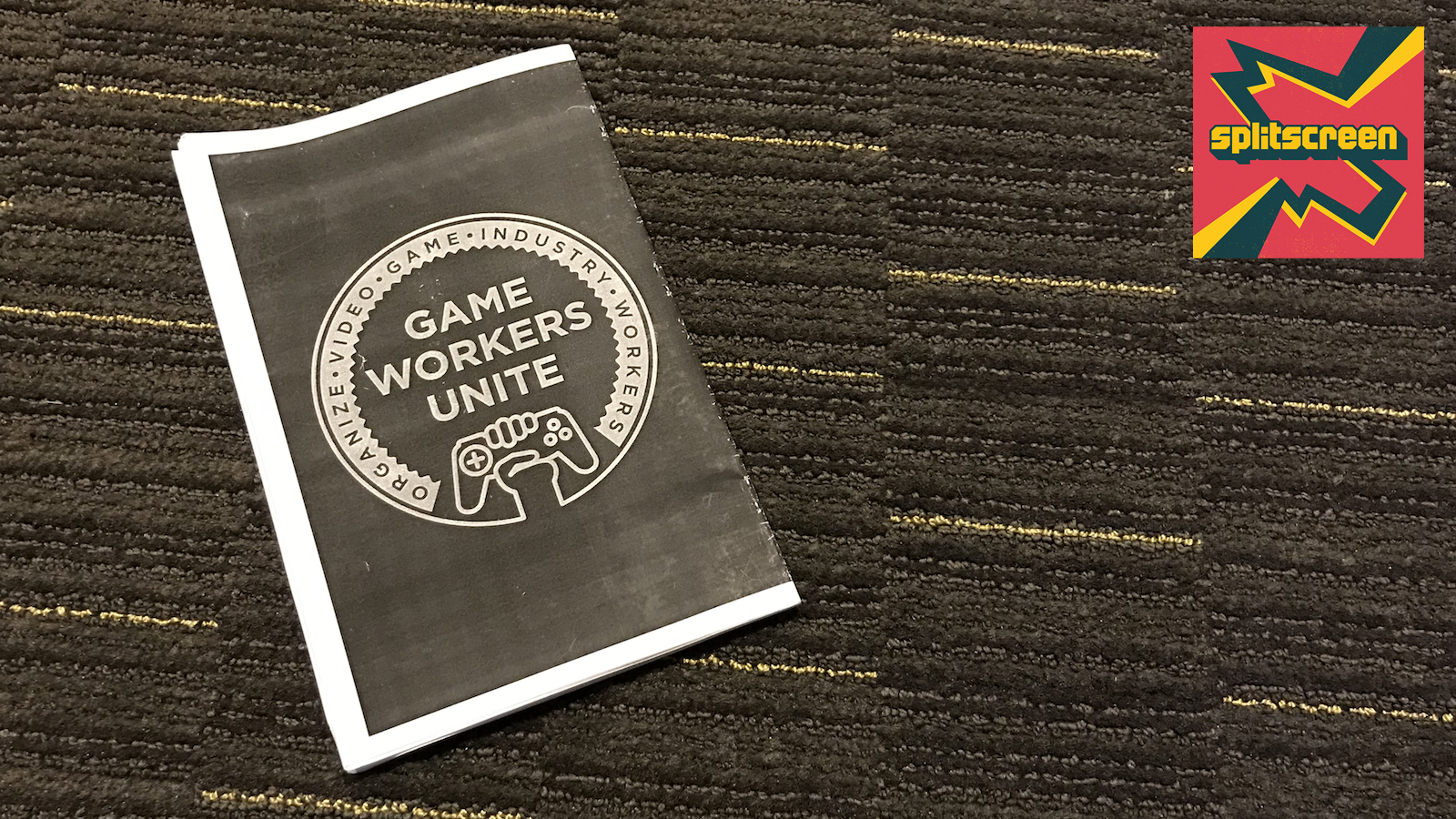 Here at the Game Developer's Conference in San Francisco, there's an increasing momentum for the action that game developers have whispered about for decades: Unionisation.

In the wake of crunch, layoffs and heavy burnout in the video game industry, developers are taking to Discord and Twitter to whisper about what it would look like to unionise. A newly-formed activist group called Game Workers Unite has led the charge, and tomorrow, International Game Developers Association executive editor Jen MacLean will host a roundtable on the pros and cons of organising in the video game industry.

Ahead of tomorrow's roundtable, I sat down with MacLean for an in-depth Splitscreen interview about unionisation. We touched on a lot of different topics, and you should listen to the entire thing, but I've also included an excerpt below.

Listen to the whole interview here:

Get the MP3 here. Or read the excerpt:

Jason Schreier: I guess I just don't see what else is an action that developers can take other than unionising. What else can they possibly do in order create protections for themselves?

Jen MacLean: I don't know if there is an answer to that. And that's a terrible answer to your question - I wish I had an alternative, but here's an example from my personal life. My dad was a postal clerk, unionised job. The unions were able to provide certain protections - if you got injured as a postal clerk, you were very well taken care of. You couldn't be moved to certain positions without your permission. But he had mandated overtime every November and December, worse than any crunch I've seen in game development, because Christmas cards. The union can't stop Christmas cards. And I think we have to have that discussion about what can a union change, what can't a union change, and what are some potential consequences? This is true for any decision we make - there are always gonna be seen and unforeseen consequences. The best thing we can do for the global game development community is have this discussion, better understand what our options are.

Schreier: But if the discussion doesn't lead anywhere, it's just the status quo. It's just people accepting the status quo. And also, there are different types of unionisation. As you discussed, there's the guild model, the discipline model. The one that has worked for our company is our company unionising as a company. I can see that working at [game] studios where some studios have different ways of working, some studios want different things. At our union shop we decided we're not gonna bargain about hours, we're not gonna talk about just cause. We are going to fight for salary floors, we are gonna fight for protecting our benefits. We decided as we were bargaining what worked for us.

I can see that model working with studios. What works at Ubisoft Montreal might be different than what works at Naughty Dog in Los Angeles. And the pros and cons will depend on the studio in question.

MacLean: Not just the studio, but the country, because all of these laws are very different, right? This is again why I think it's really important to have this discussion. I might be naive but I'm going into this assuming that the large majority of people involved in the games industry are good actors. They want game developers to be successful, they want to make amazing games. And the success of individual game developers is absolutely tied to the success of game development companies. Is there a way to achieve that sustainable and fulfilling career for game developers, and how do you increase the leverage?

I think one of the challenges, and I've gotten a lot of heat for being wishy-washy in my answer, I'm wishy-washy because I don't think there's a clear and easy answer here. It's really complicated because not only do you have different studio cultures, you have studios that are very upfront that you will crunch, but you get to work on a multi-billion-dollar title because of it. And you get a substantial bonus. Unless you get laid off. So there, with that studio, you could potentially argue that if you get laid off between the last time period leading into ship and three months after the game, you are guaranteed a payment. These are all really great questions to ask.

Schreier: Sure, and some studios might say, "Hey, we're OK with crunching, we don't want to fight for hours, but we want to make sure that we have those bonuses and they're the same amount no matter if you're male or female, no matter who you are."

There are a lot of different protections. I think at least for me, the premise is not "should we unionise or should we not?" it's "what should we be fighting for as workers?" Because I feel like workers need protections. Like you said, there is no other action they can take. And that to me is a problem. I don't see what else people can do to fight this.

MacLean: For me, I look at this from a slightly different perspective, which is how can we increase workers' leverage by increasing demand for workers? Part of it, I believe, is access to capital. The games industry, as a hit-driven business, does not have the access to venture capital that you see in a lot of tech industries. That's something I'd love for us to look at as an industry - how can we do something like a Sundance Film Festival? How we can create a system that gives smaller indies more leverage against publishers, so they can break out of that publisher treadmill?

But to assume that suddenly if you unionise, everything will be great, I don't think that is a reasonable assumption. And I do think we have to have these conversations about what does unionising studio by studio mean? If you're Mr Bazillionaire running the publisher, and you have one studio that's unionised and one that isn't, where do you allocate your funding?

For much more, listen to the full interview. As always, you can find Splitscreen on Apple Podcasts and Google Play. Leave us a review if you like what you hear!