The More I Play The Evil Within 2, The More I Like It 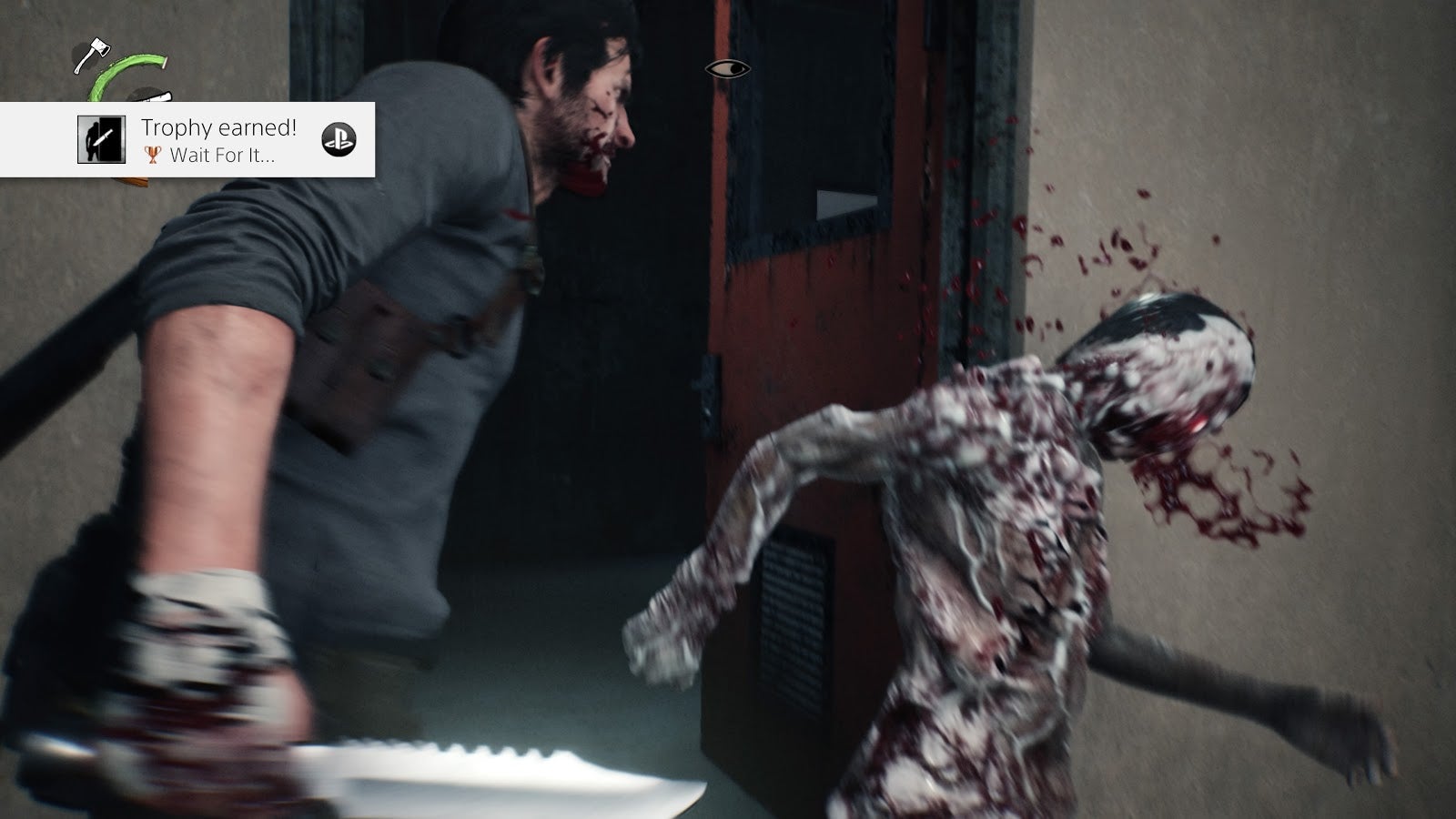 Some games grab you right away. Super Mario 64 won me over on the first jump. Bioshock got me at its elevator. Threes had me at six. The Evil Within 2 needed more time to hook me, but now, it's proving to be something special.

The Evil Within 2 comes from a notable publisher, Bethesda, but was easy to miss in a rush of bigger fall 2017 releases. It's a horror sequel that I never sensed people were clamouring for.

The first Evil Within came and went in 2014, earning mild praise, but by 2017 there were other horror games on people's minds: Resident Evil 7 was wowing people for its franchise turnaround and the multiplayer Friday the 13th seemed like more of what people were now looking for in horror games.

I'm not that into horror games and would have skipped The Evil Within 2 if not for my appreciation of game developer Shinji Mikami's talents, particularly his non-horror work on Vanquish and God Hand.

I bought the game and only then figured out that Mikami was saying in interviews that he'd reduced his involvement of the sequel in deference to game director John Johanas, who'd directed downloadable expansions for the first game. Whoops! 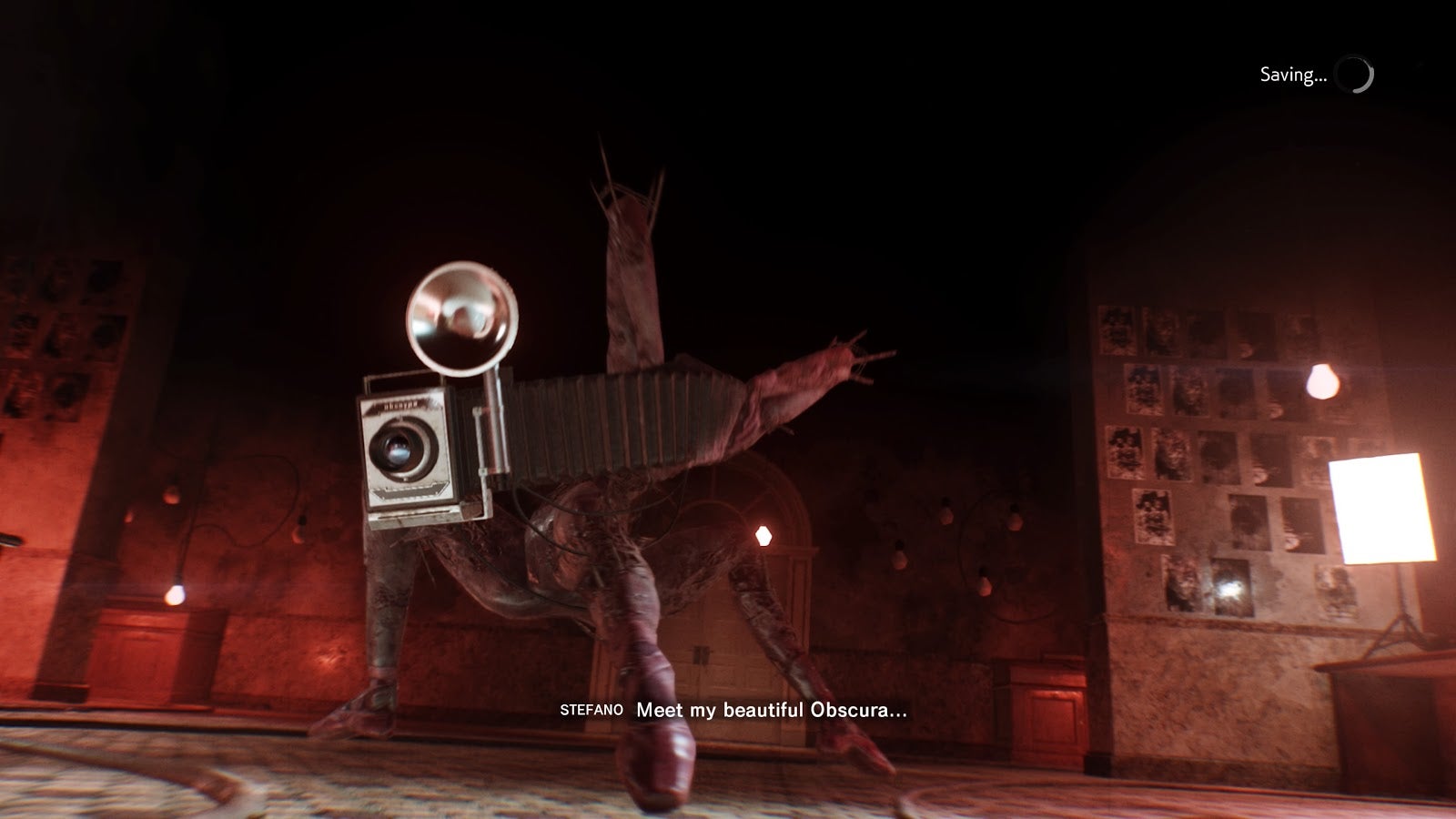 Monster mid-bosses based on old cameras? Sure. Shoot the flashbulb for max damage.

I started the game and just wasn't that into it. It looked generic and played that way as well, with its no-frills ex-cop protagonist Sebastian Castellanos meeting with some mysterious folks from an organisation called MOBIUS, diving into some sort of virtual reality simulacrum of a zombie/monster-filled town and embarking on some third-person shooting, stabbing and sneaking. Early sequences in the game were linear, playing up some of the horror of coming upon gory sights of mutilated bodies. None of this was grabbing me.

I enjoy open-world games but have never played a horror open-world game. When you get past the first hour or so of The Evil Within 2, you find that that's what you're in. The virtual small town called Union that you're in is broken up into neighbourhoods that float in the sky, some at right angles to the others, all connected by a maze of corridors called the Marrow.

In each neighbourhood, you're given free reign to pursue main story objectives, all of which so far have involved Castellanos trying to rescue his daughter, but you can also pick up radio signals that lead you to some sidequests.

You'll catch the voices of now-dead MOBIUS agents, their words lingering even though their life is gone, for some reason, and you can reach their corpse and usually get a little audio tale about what happened to them and an item, possibly the part for a new weapon you'd otherwise not get in the game. 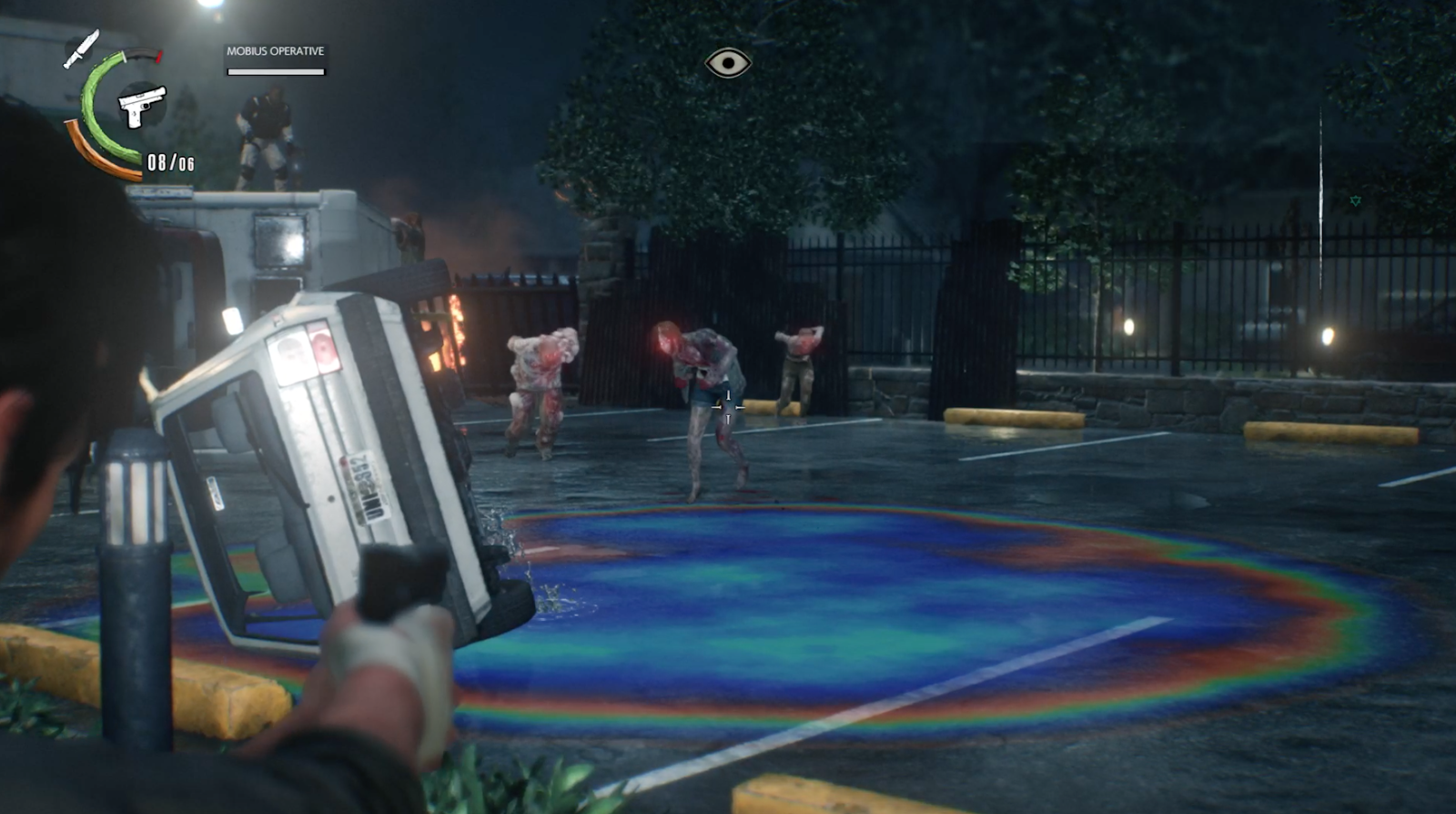 Shoot the spilled gasoline at the right moment and these approaching enemies will burn. This gas was pre-spilled, but the game's world is full of untipped barrels and closed hydrants that the player has to tip or open to set their traps - if those are the tactics they want to us.

Just by exploring the town, you'll trigger new, surprising side adventures. As I'd walk Castellanos down a suburban street, for example, I might hear a person screaming from a house.

Going over to investigate, I'd seamlessly wind up in a mission involving that person. This is refreshing for me as an open-world veteran who is used to every quest being noted with an icon. Here, your side-adventures unfold organically as the game recognises you're at a trigger point for a new one. I recently came upon a MOBIUS agent who was standing on top of an overturned truck inside a parking lot.

He yelled for help. By entering the lot, a cutscene kicked in and waves of monster-people began to pour in. Winning the apparently optional quest opened up a safe-house and led to a new, also seemingly optional quest that would result in the unlocking of special crates that I'd been stumbling across throughout Union.

To think I could have easily missed all that. It makes me want to explore even more. 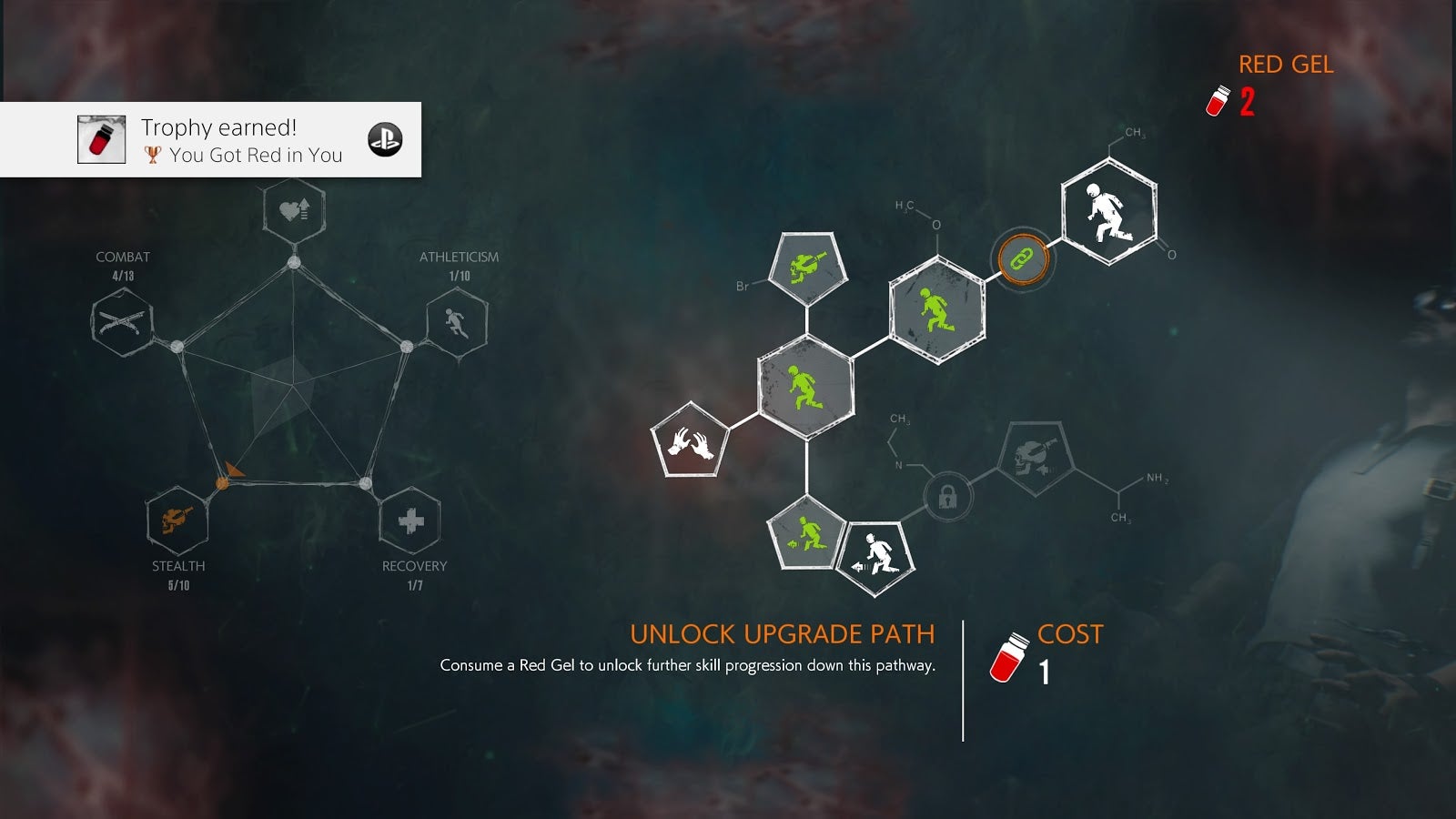 Can I be won over just by finding out that the game is open world and has a skill tree? Possibly!

The Evil Within 2's quest structure is excellent. So, it turns out, is its gameplay. The basics of the early game are really just the unleveled, uneducated mode of play that precedes the more interesting stuff that comes later. You're constantly gaining virtual currency in this game as you kill enemies, find collectibles and finish missions.

You can spend that currency can be spent on weapon improvements and skill upgrades. As I've upgraded, I've become more stealthy and more lethal. I've acquired new weapons that use fire and electricity and, with them, I've learned that I can kick over oil drums and twist open fire hydrants throughout Union and can use the liquid that pools from them to burn or electrocute enemies. 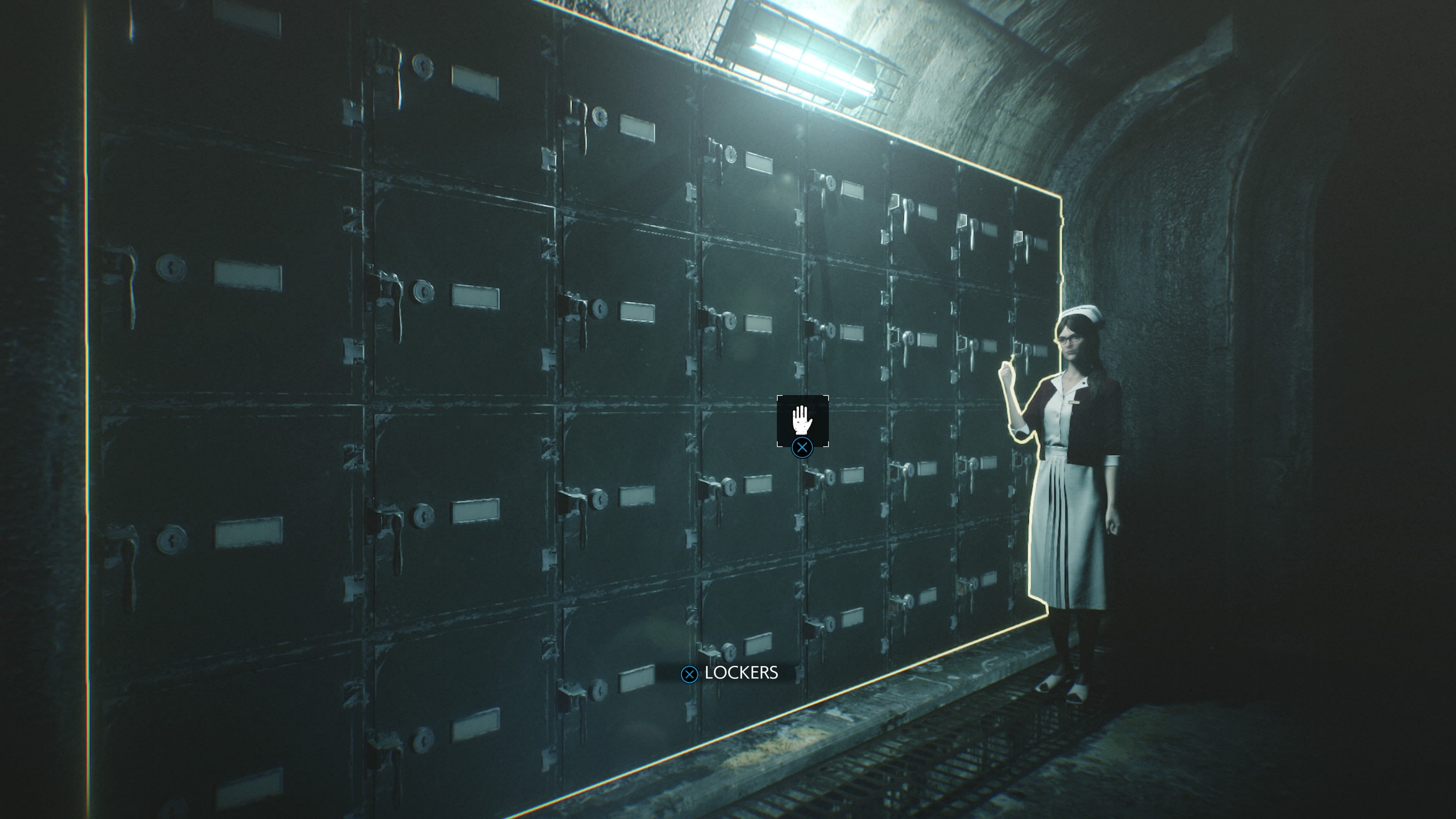 Find keys hidden in statues in the main game world, then go back to this other dream world and pick which locker you'll open with them. Which locker should I open next? Who knows! I'll take this designed uncertainty over the average loot box any day.

The God of War and Metroid Prime games tend to start the player off with some advanced skills and even some big action before stripping the player of almost all of their character's abilities and items. That's how they get around potentially boring the player. The Evil Within 2 doesn't do that and risks showing the worst version of itself first.

I'm glad I stuck with it. What I've found, now about 10 hours in, is a game with some of the most interesting quest design I've experienced in years and a slowly expanding moveset that's a pleasure to use. I'm going to play this one through.