The Sims Mobile Is A Great Place To Raise A Family 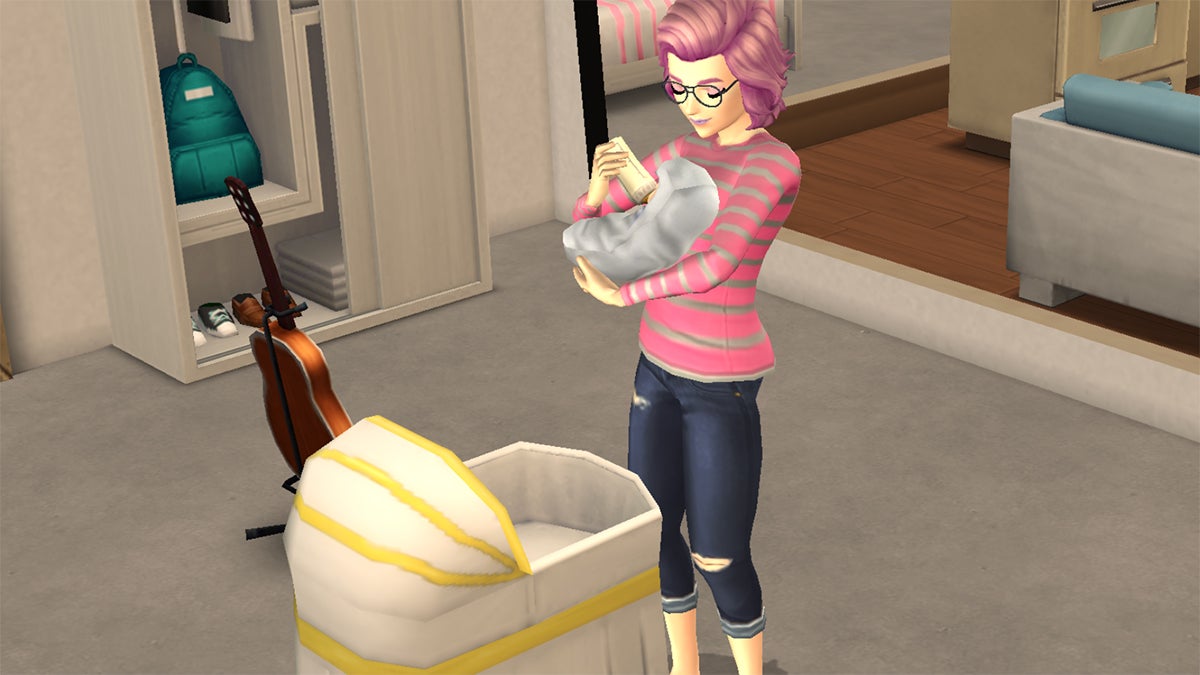 I downloaded The Sims Mobile to see if it would let me trap a virtual person in a bathroom-less building. Now I'm two working mothers raising a child. I couldn't be happier, at least not without having to wait out some sort of happiness timer.

There is no virtual torture in The Sims Mobile, the recently-released follow-up to 2011's The Sims FreePlay. It's a Sims game with a pretty narrow focus. Players create a fake human and send them off to work and forge relationships. Working at one of the free-to-play game's handful of jobs (only barista and cook are available at first) generates simoleons, in-game currency used to expand and decorate their sim's home. Building a relationship with another sim leads to cohabitation, copulation and, should the player wish it, reproduction. 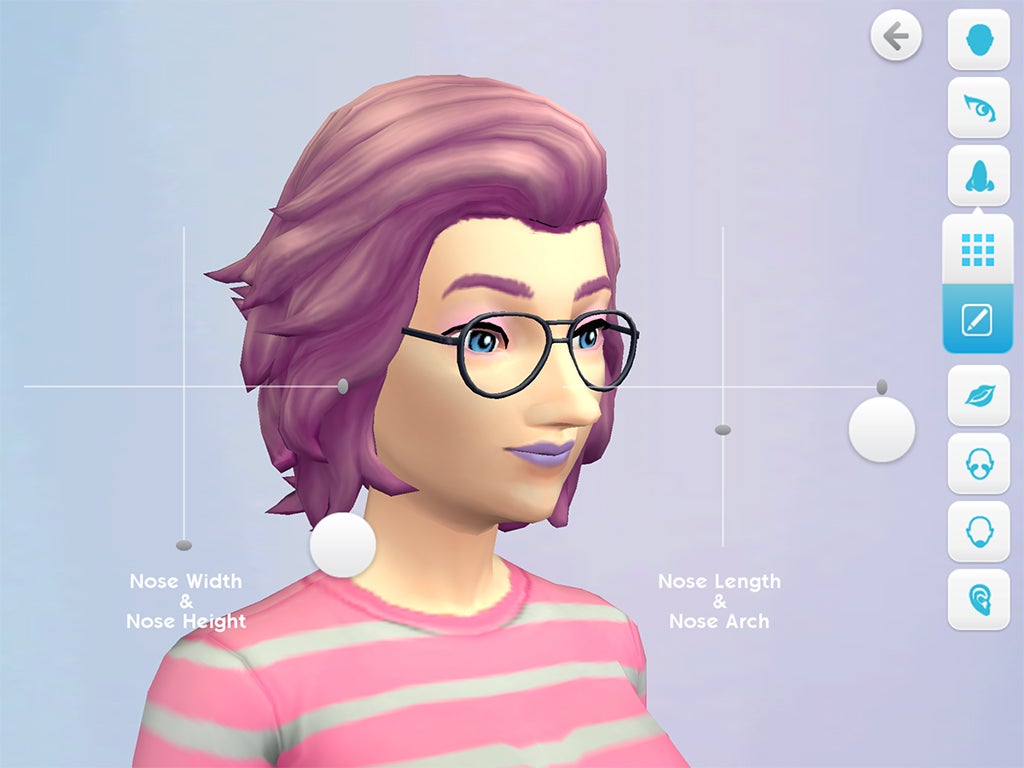 The Sims Mobile is all about progression. Career progression opens up new work decorations and personal interactions. Progressing in a hobby like singing or cooking gives players new actions to perform and increasingly expensive equipment to perform them with. 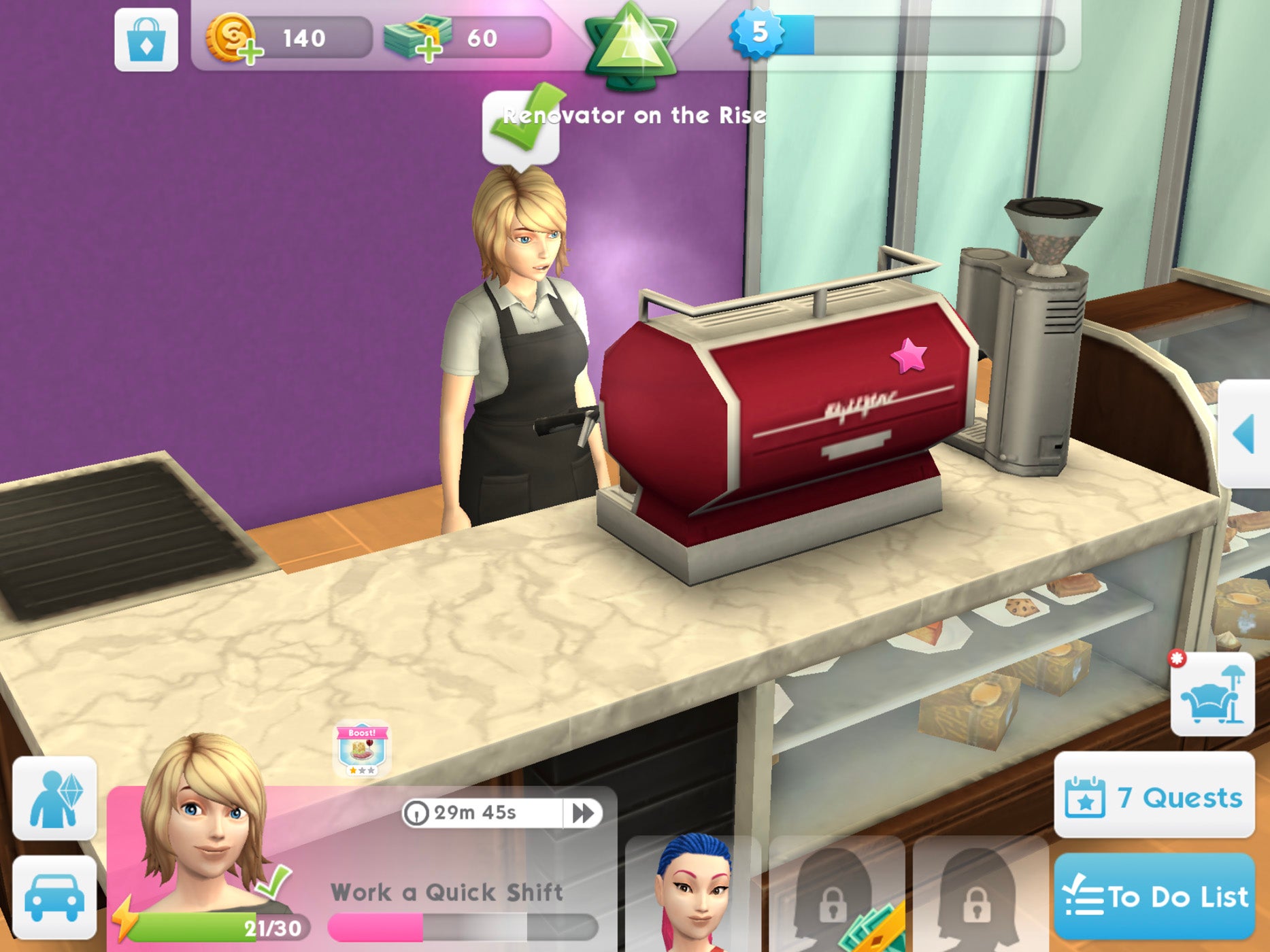 Deadsim, seen here in her early blonde phase, is a highly proficient coffee-maker, though she gave it up for fashion design once that career unlocked.

But the most fulfilling means of advancing through The Sims Mobile is by forging relationships with friends and lovers. The virtual world is populated by potential pals, both randomly generated and those from other players. Tap on a sim, make an introduction, perform a quick becoming friends quest, and a new tale of friendship begins. There are multiple types of friendships to foster with different reasons to bond - music, sports, fandom. 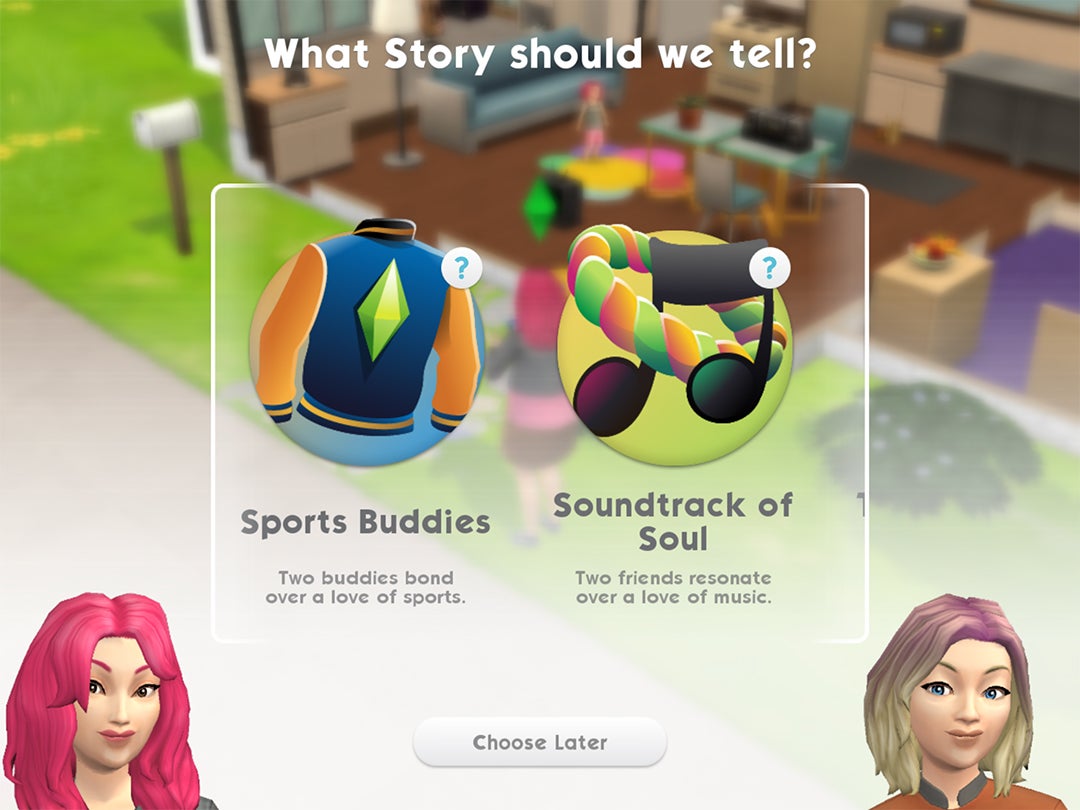 The most profound relationship is that of soulmates, two sims that seem as if they were created for one another. In fact, players unlock a second sim slot early on in the game, so they can create their own couple if they so choose.

I wasn't planning on making Deadsim and my second sim, Maeve Rodriguez (she's Irish/Spanish) a couple, but they seemed to get on so well I couldn't resist. 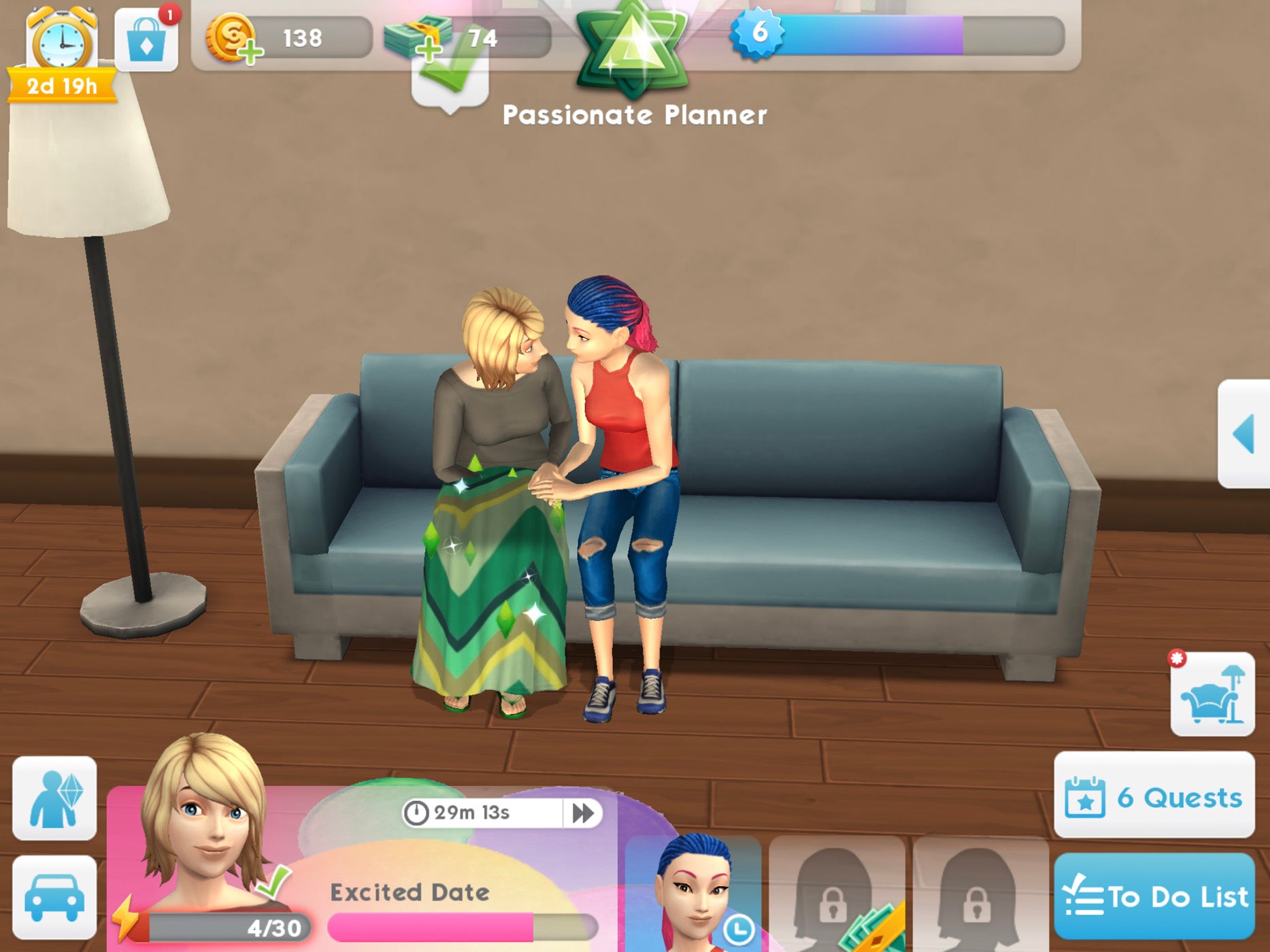 They are so sweet together.

Well that, and I realised that it's much faster to finish relationship-enhancing missions if you control boths sims.

All complex actions - work shifts, dates, et cetera - in The Sims Mobile are on a timer. The "Get To Know Each Other Better" mission, for example, takes two hours to complete in real-time.

While these missions are underway, sims can spend energy to perform actions to speed up the timer. Dancing together knocks off a minute. Sharing a snack knocks off a minute. Completing actions builds confidence, so sims can perform risky actions that take more time off the clock. And if you control both sims engaged in an activity, then you've got twice the energy pool to burn through. Or they just love each other that much. 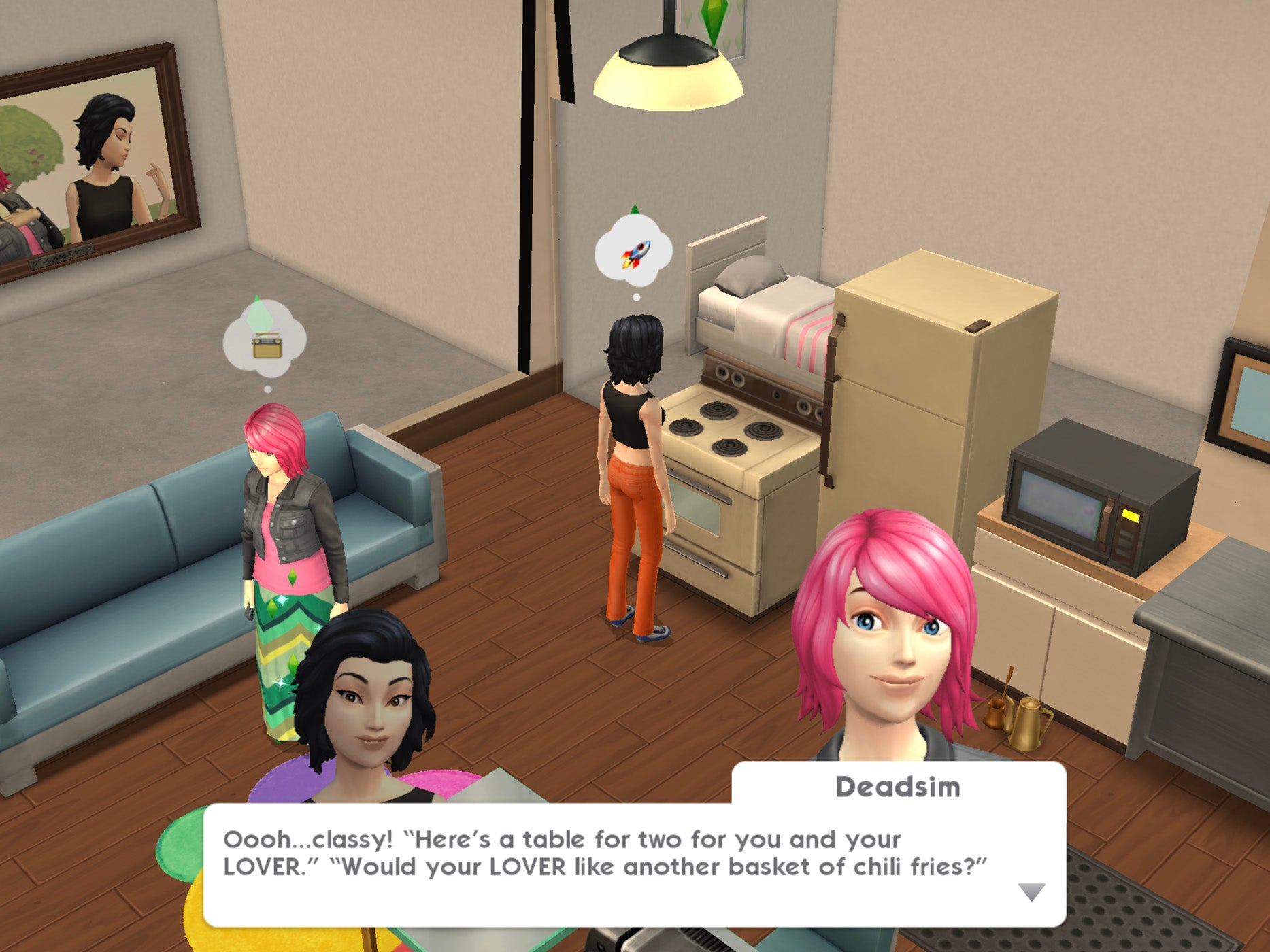 It's two of my least favourite free-to-play game mechanics, timers and energy meters, working together to try to get me to spend a little money on some Sim Cash to speed things up, but I am a patient player. I'll hop on in the morning, set both my sims to four hour work shifts, pop on at lunch to send them on a date.

It took a day or two to get Maeve and Deadsim to the relationship level required to reproduce, but soon I was able to buy a bassinet and unlock the option. 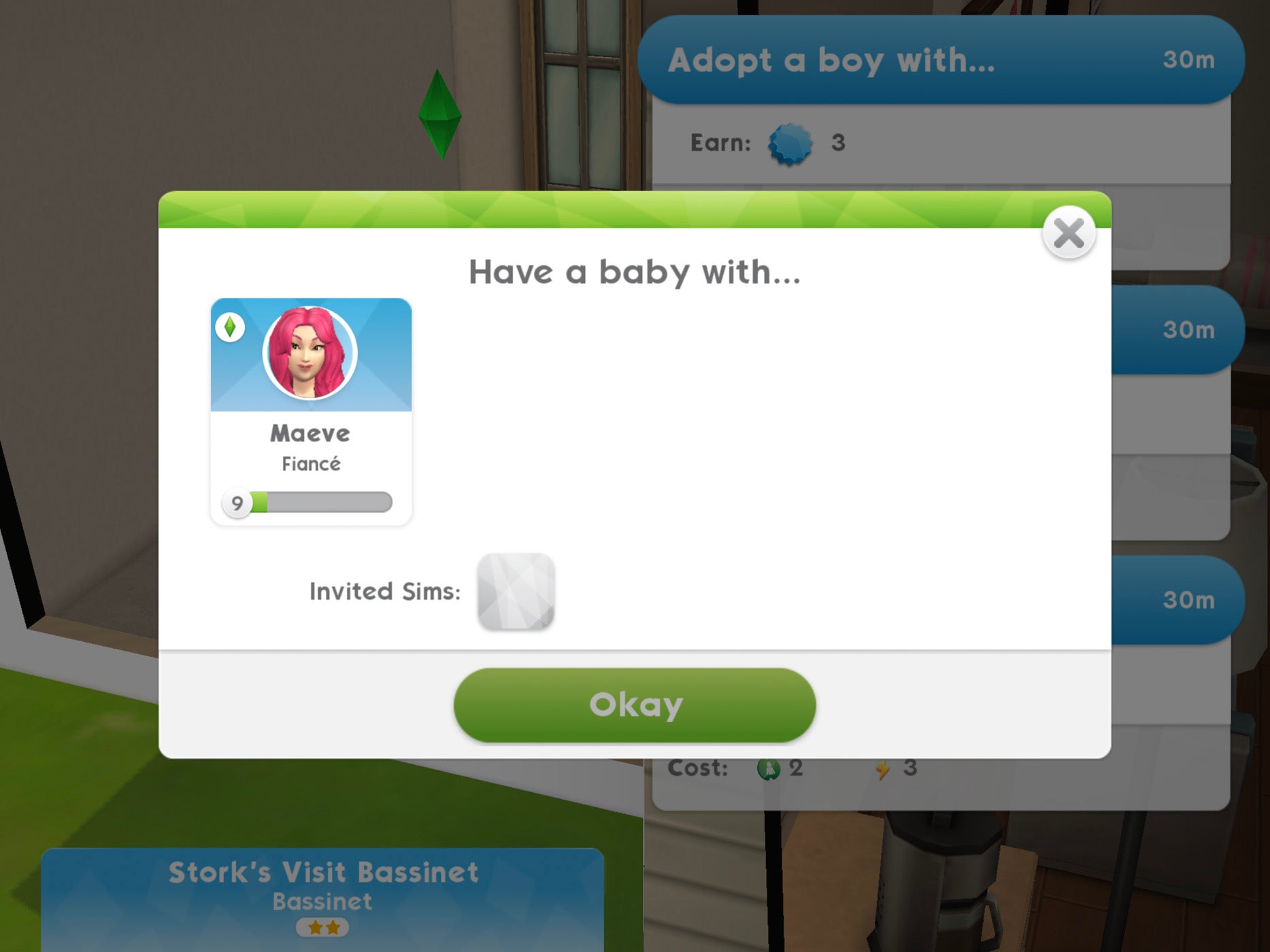 Note my technically same sex couple had the option to have or adopt a baby. I went with have.

And soon we had a little baby bundle of joy. Her name is Yvette. 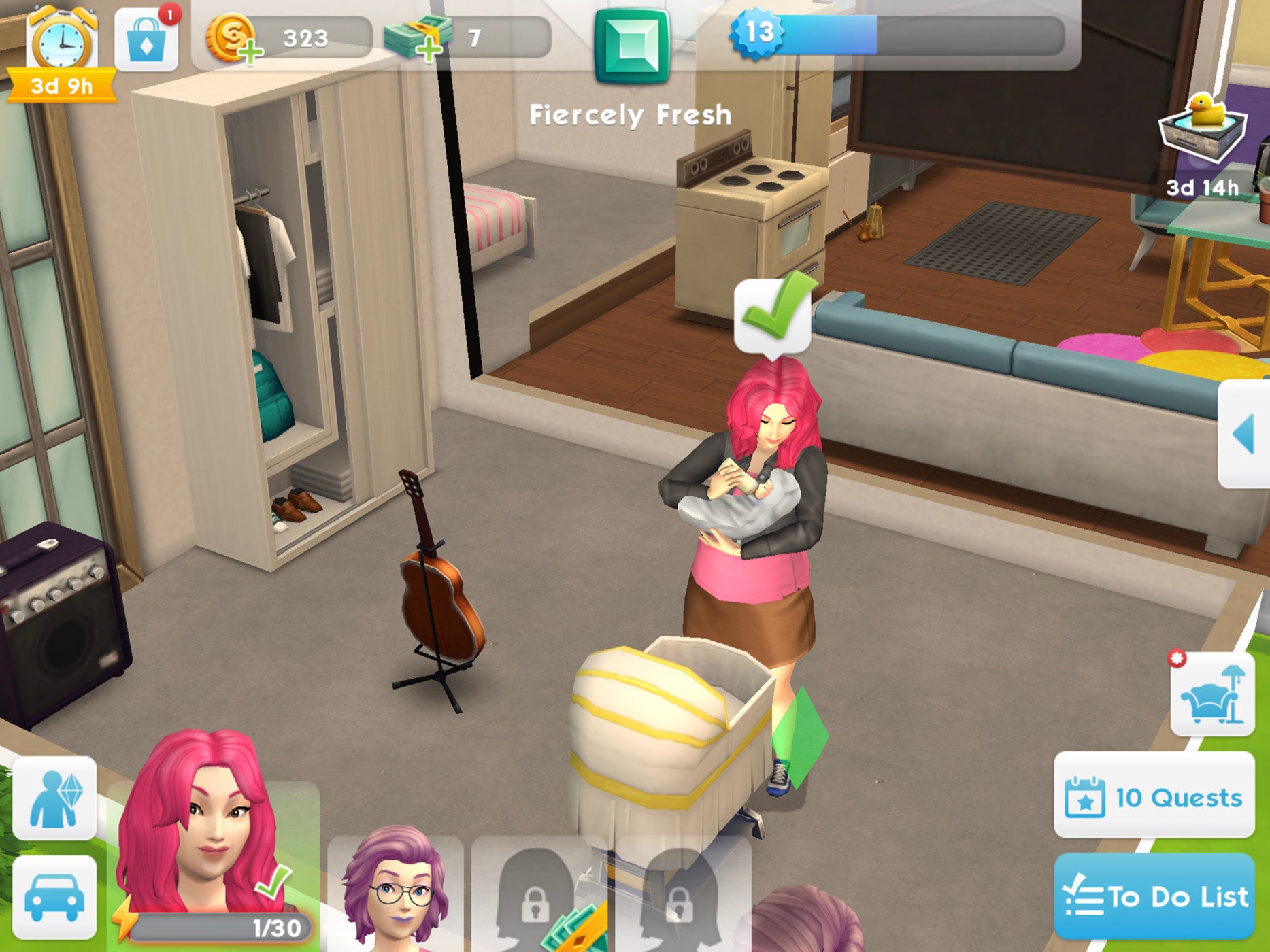 There is a picture hanging on the wall of the house my sims share. First it was just a picture of Deadsim. When Maeve was created and moved in, it was a picture of the two of them, standing apart as friends. As their relationship blossomed, they became closer in the picture. Now the picture has a third character. 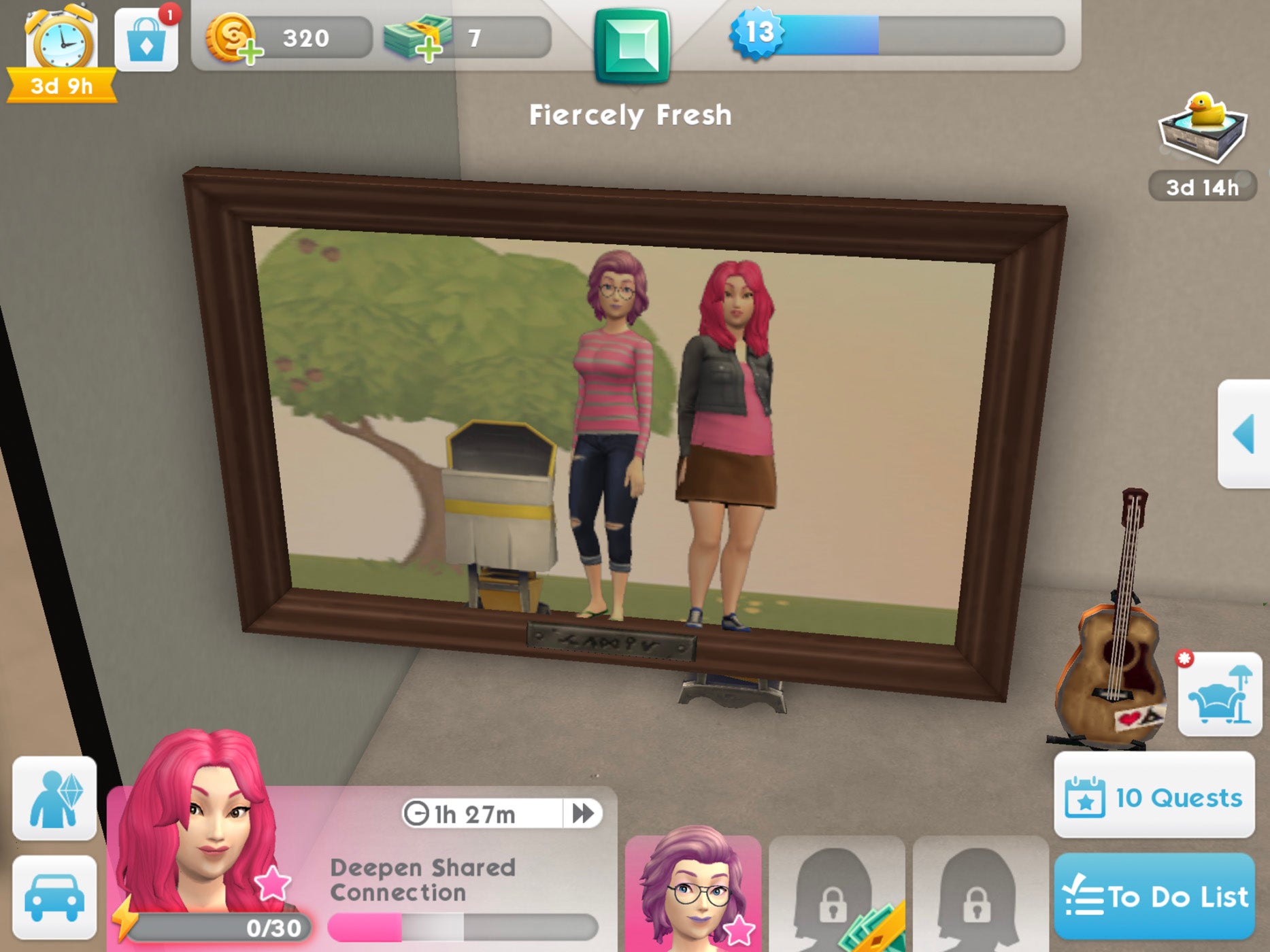 What started as a failed attempt at sim cruelty has blossomed into a family of strong, pink-haired women. I cannot wait for Yvette to grow up and share in our adventures, maybe even taking over one of my sim slots when one of her mums decides it's time to move on. Oh gosh, look! She's already walking. 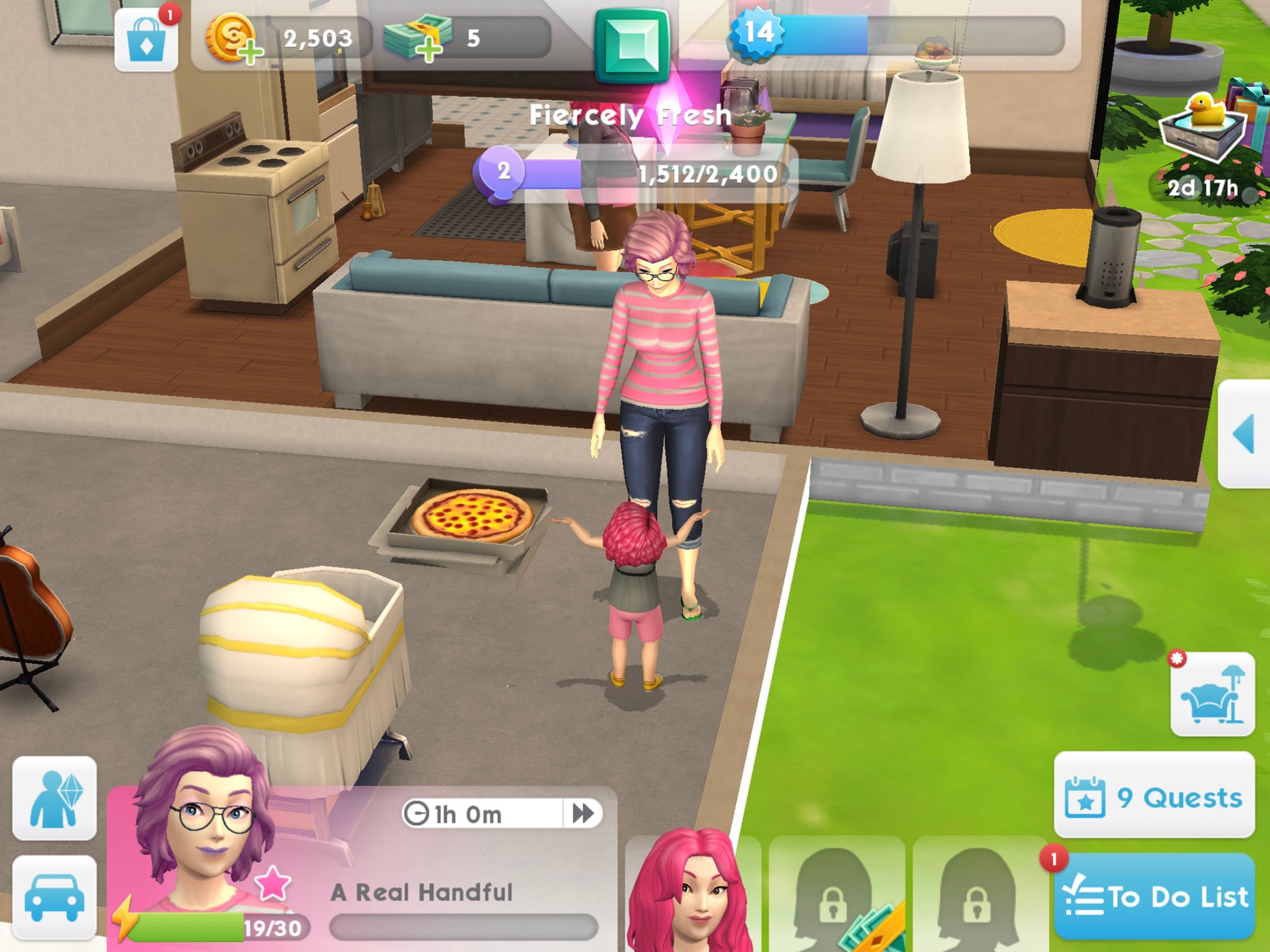 They grow up so fast.

The Sims Mobile is now available on Google Play and iTunes.