The Story Of How Darth Vader Got His Lightsaber Is Actually Pretty Normal, And That's Great 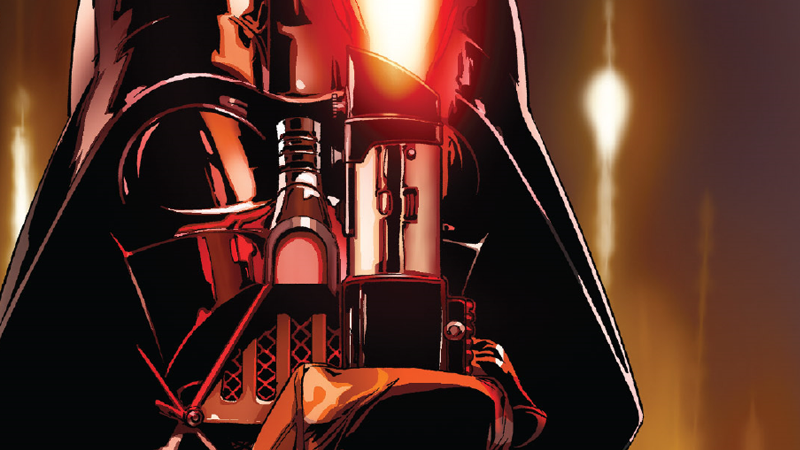 The lightsaber of Darth Vader holds great potency, whether it's as iconic imagery in the Star Wars franchise, or as an actual artefact of great power and importance in the Star Wars galaxy itself. This has been true for both the new and old canons, but now the former has chronicled how Vader gained his red lightsaber, and it turns out the story is kind of banal. And that's not a criticism!

Set immediately after the events of Revenge of the Sith, Marvel's second Darth Vader comic - written by Charles Soule, with art by Giuseppe Camuncoli, Daniele Orlandini, and David Curiel, and lettering from Joe Caramagna - has so far dealt with the earliest days of Anakin Skywalker's life entombed in the mechanical form of Darth Vader.

He's been hunting down the last of the Jedi, getting used to his tumultuous new relationship with Palpatine, and most importantly, been forging his own Sith weapon.

Vader's had a lightsaber for a while now in the book - having performed the traditional Sith ritual of forcefully taking a lightsaber crystal from a Jedi and corrupting it, filling the gem with rage and grief in a spectacularly tragic moment last year.

But it's not been the famous weapon we know him for, at least externally - Vader's simply been walking around using the hilt used by the Jedi he stole the crystal from in the first place, Kirak Infil'a:

That is until last month's Vader #11, which saw the Dark Lord set up in a hit by bounty hunters, who managed to destroy the hilt in an attempt on Vader's life. The crystal Vader had corrupted was recovered, but the hilt was destroyed entirely, briefly robbing him of his only-recently-acquired weapon. 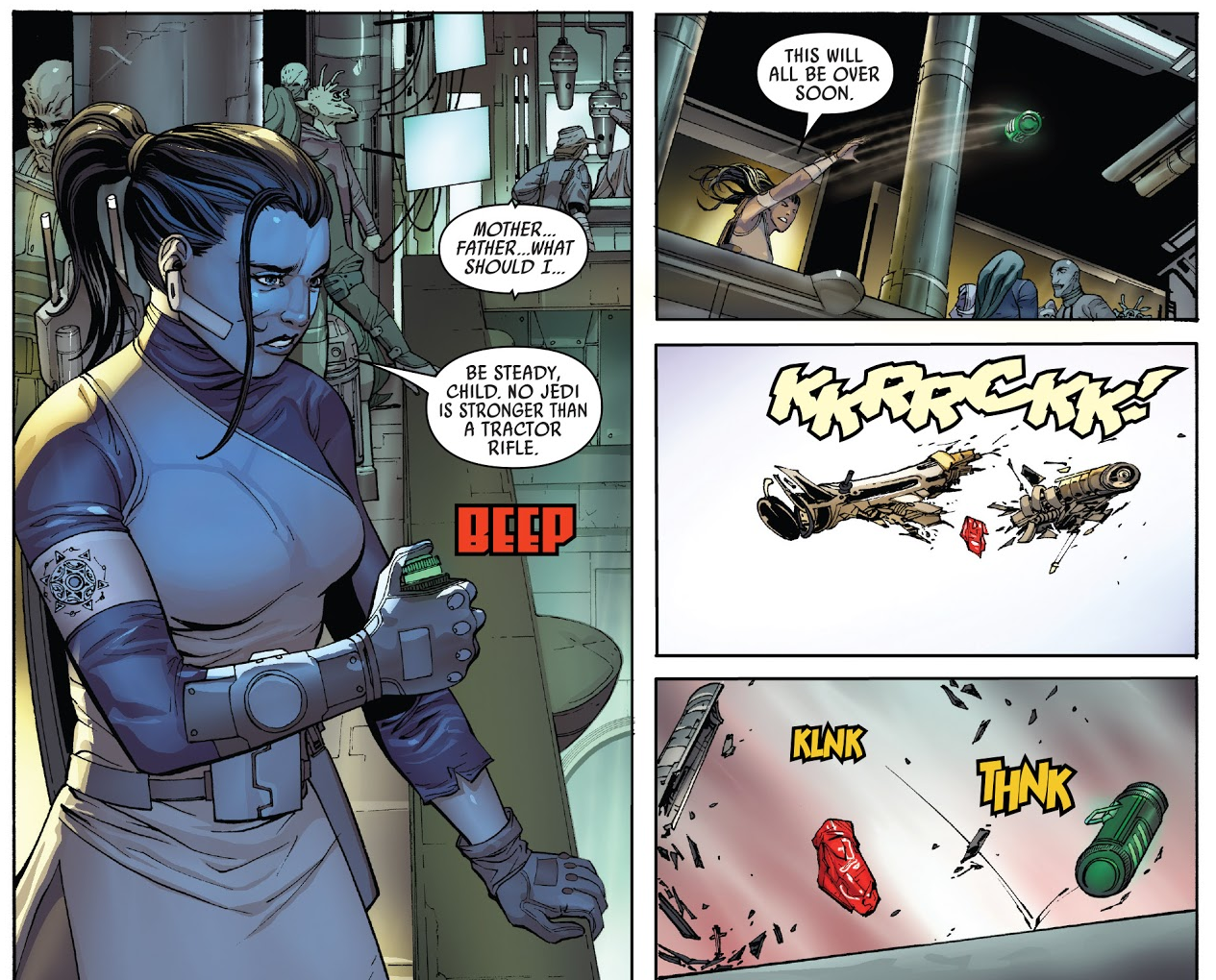 That brings us to the opening pages of this week's Darth Vader #12, which sees Vader make a quick return to Coruscant in an attempt to hunt down just who among the upper echelons of Imperial rule tried to have him killed.

It's a quiet journey back with one of the Imperial Inquisitorius, and in the time they spend in hyperspace, Vader diligently constructs himself a new hilt ... the legendary black-and-silver recreation of the saber he wielded as Anakin Skywalker, Jedi Knight.

And that's it. There's no grand backstory to desperately reveal, no game-changing history behind the blade that would become Darth Vader's tool of destruction. He had one, it got broken, and so he built himself a new one. Honestly, that's actually pretty refreshing for Star Wars.

So much of Star Wars is bound up in the ideas of fate and destiny. It's a saga about prophecies and chosen ones, characters doomed to fall or fated to save the day. Hell, a third of the film franchise is a prequel examining how everything we knew and loved about the original saga was set up to happen.

Even more of it is now, since we have the Star Wars Story brand to stamp on tales of how the events and characters we already knew came to be. Not even this Darth Vader comic could escape Star Wars' obsession with destiny, pitched from the moment it was announced as being the story of how Darth Vader came to wield his infamous crimson blade.

So to finally come to that revelation 12 issues later, and have it be so normal, might be a little bit disappointing to some - in the way that, say, the banality of Rey's origins in The Last Jedi skewered years of fan theories about her. But there's just as much power in having the reason for Vader's lightsaber come about be so thoroughly normal.

Not everything in the galaxy far, far away has to be ensconced in this idea of predetermined destiny, of having to have such importance behind every little action and facet of a character that it becomes their fate.

Sometimes, in this heady world of laser swords and magical powers, of rebellious heroes and masked villains, things can just happen, and be normal, instead of being part of the greater, mystical destiny of Star Wars' vast saga.