The Unbeatable Squirrel Girl's Dream Team Is Finally Breaking Up 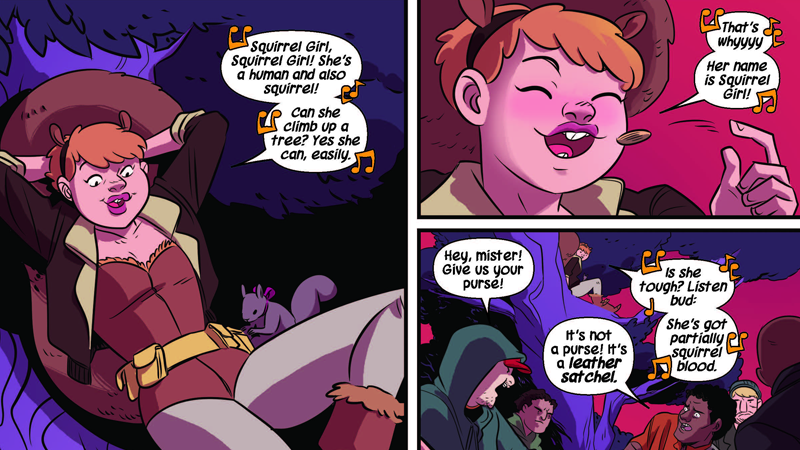 Nothing good lasts forever. And after three years, the dream creative team of Ryan North and Erica Henderson, writer and artist on The Unbeatable Squirrel Girl, is finally breaking up. One of the greatest creative teams in recent Marvel history is coming to an end.

The news comes from Henderson herself, who announced on Twitter that, after three years with the series, it was her own choice to leave, to focus on creator-owned work, and she emphasised that no one and nothing forced her to leave. She also said that the book is not over, meaning Ryan North will likely continue on as writer with another artist.

It's been a great three years but three years is a long time and I'd like to be able to branch out at this point.

I'll miss my amazing team and I'll miss being able to play in that Marvel sandbox but the future awaits!

The team of North and Henderson, which revolutionised Squirrel Girl with a vibrant, fresh portrayal of the character beginning with The Unbeatable Squirrel Girl #1 in 2015, will sorely be missed. North's eccentric, marginalia-filled writing fit splendidly with Henderson's warm, expressive art, and they both combined to create a renewed identity for Squirrel Girl that turned her into easily one of my favourite Marvel heroes. Their tenure was both wacky and warm, humane and impossibly silly.

It was one of the most resilient partnerships in recent Marvel history, too, surviving three whole reboots in its three-year run and producing a (delightful) standalone graphic novel in The Unbeatable Squirrel Girl Beats Up the Marvel Universe.

I look forward to seeing what's next, both for Henderson and for Squirrel Girl, but in the meantime let's take a moment to pour out a cup full of acorns for one of the best creative teams in The Big Two.