These Cute, Pixelated Puppers Will Devour You In This Wolfenstein 3D Mod

You might love Wolfenstein, but I’m not one who can stomach much violence, even when it’s in service of destroying Nazis in all their forms. As a result, I’ve never played more than a few minutes of any Wolfenstein game. That’s why Return to Castle Woofenstein (AKA Woof3d), a mod that turns every enemy Nazi into a lovable doggo, is right up my alley.

The Windows mod, created by barsk, replaces the game’s antagonists with some active and overeager canine companions. You use your hand (what, did you think you’d have a gun?!) to pet the dogs and lull them to sleep, which I highly recommend you do before they rip you to pieces and end your life in seconds. 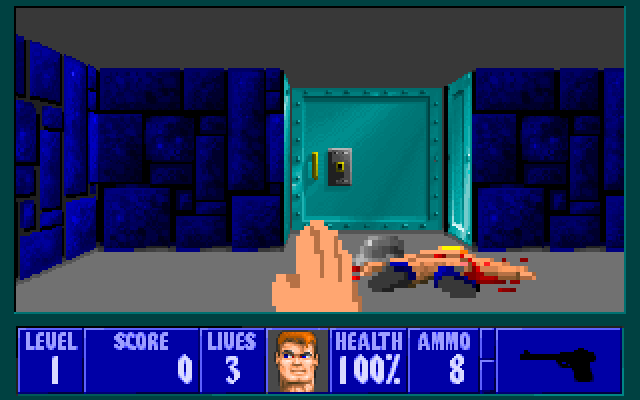 Maybe the dogs are behind this large metal door? Screenshot: Gizmodo (Woofenstein)

To run the pet-friendly mod, you’ll need to first download the zip package. It includes everything you need to get up and running, such as the MS-DOS environment emulator DosBox, the actual modified game, and the Wolfenstein editor ChaosEdit, should you want to make modifications of your own. Also, you’ll need to play on the game’s hardest difficulty setting. 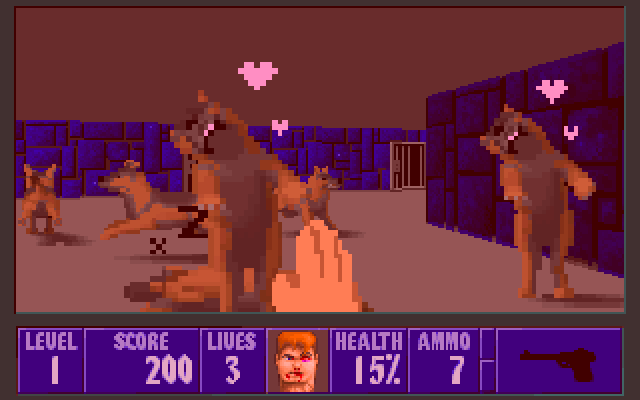 You can combat the effects of their affection by enabling the game’s Debug Mode and adjusting some settings. Enter “-goobers” when launching the game from the DosBox command line, then hit Left Shift-Alt-Backspace to turn Debug Mode on. Then, hit Tab-G to grant yourself invincibility from every jumping doggo. You can also use these debug codes to grant yourself other unearned rewards, such as some extra items.