Samir Barrett likes Static a lot. So much so, in fact, that the storyboard artist/comics creator/illustrator drew the electromagnetic teenager from Milestone Media’s multicultural superhero universe every day throughout February 2018. Just don’t call him … clingy.

As a latter-day character, Static did ok for himself – in addition to a healthy run of comics, the alter ego of Virgil Hawkins starred in the Static Shock cartoon in the early 2000s and was also a featured guest on the animated Justice League shows.

A new version of the character showed up on season two of Young Justice and will be part of the team when the series comes back for a much-longed-for season three.

Barrett loves all things Static and decided to draw the character for a month-long project this past February. I asked him about his affinity for Dakota City’s charged-up crime fighter – and for a sampling of his work.

When did you first encounter Static, in the comics or on TV?

Samir Barrett: I first encountered Static in the Milestone comics when I was gifted a small stack of the first few issues. That was somewhere around ’98 or ’99, I think, not long before the cartoon [came] out. 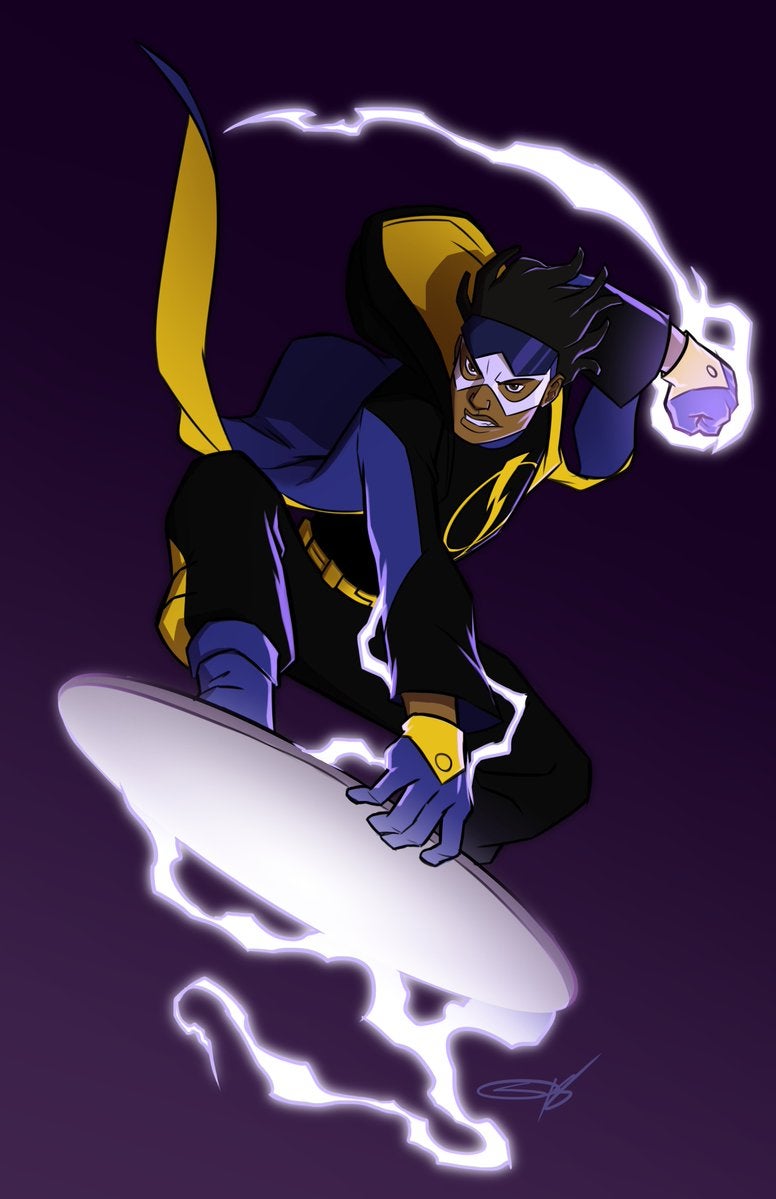 Static in the fourth variant of his costume.

What was it about Static that made you pick him for this project?

Barrett: Static’s always been one of my favourite heroes; he’s a cool nerdy black kid with electricity powers and that was always pretty appealing to me. As a kid, pretty much everybody wants to be Spider-Man and I was no different.

But, even then, I knew I was no Peter Parker. But, with Virgil Hawkins – who was kind of the black answer to Spider-Man – I felt like I could actually be him. Plus, I thought electricity powers were dope.

I’d been wanting to do something like this with the character for a long time, like at least a year, but I couldn’t pull it off last Black History Month so I made sure I was ready for this time. 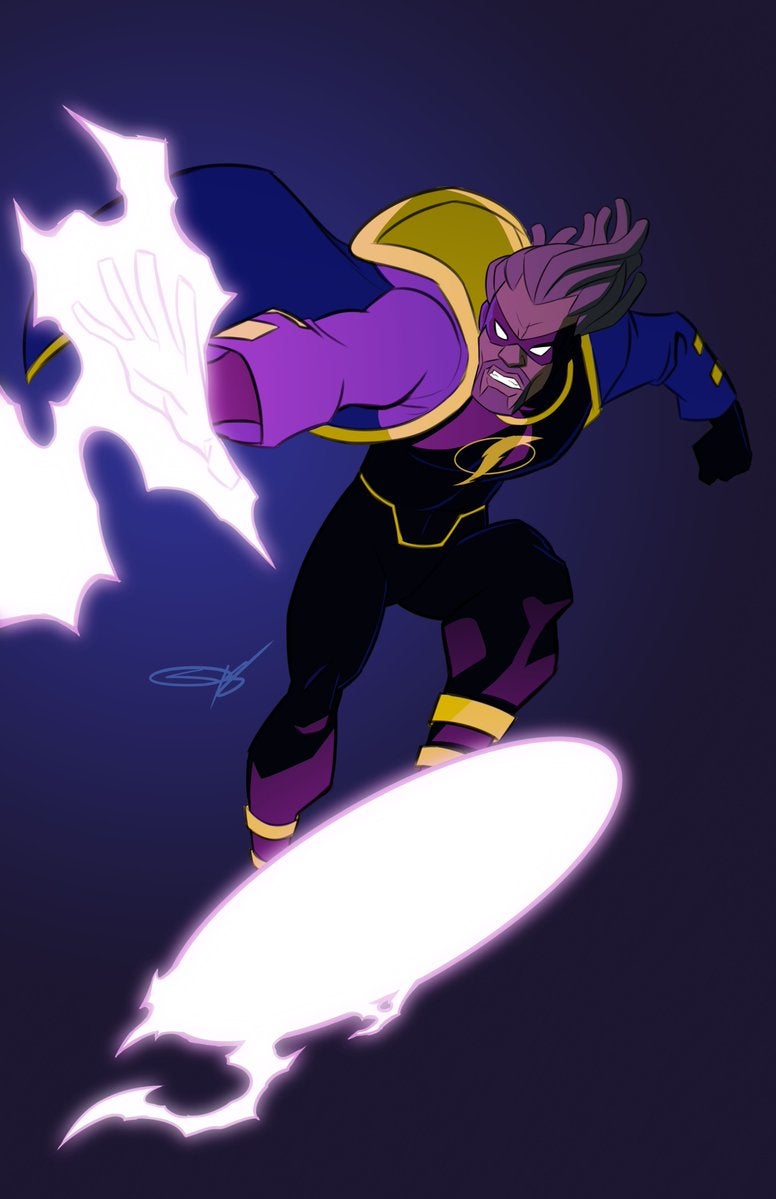 The older version of Static that appeared on the animated Justice League TV series.

How did you keep the project from feeling repetitive?

Barrett: It was tough trying to keep the series feeling different and fresh with each image. I was very concerned with it being repetitive because I am essentially drawing the same character over and over again.

So, after the first three or four drawings – even though I liked how they turned out – I knew I had to start mixing it up and changing up the poses and colours. Coming up with interesting poses is the hardest part, but I tried to make sure no two poses were the same and tried to implement background and lighting colours other than the ones I was comfortable with. I think some were more successful than others in that regard.

Do you have a favourite official costume? Or a fan-designed one?

Barrett: I think many of the official designs are great and all for different reasons, if I had to choose a favourite, it’d have to be the old school comics Static with the big yellow coat. I don’t know why I love that coat so much, but it gives the character a big presence. And, as far as favourite fan designs, it’s a tough call but Ron Wimberly’s design wins out. 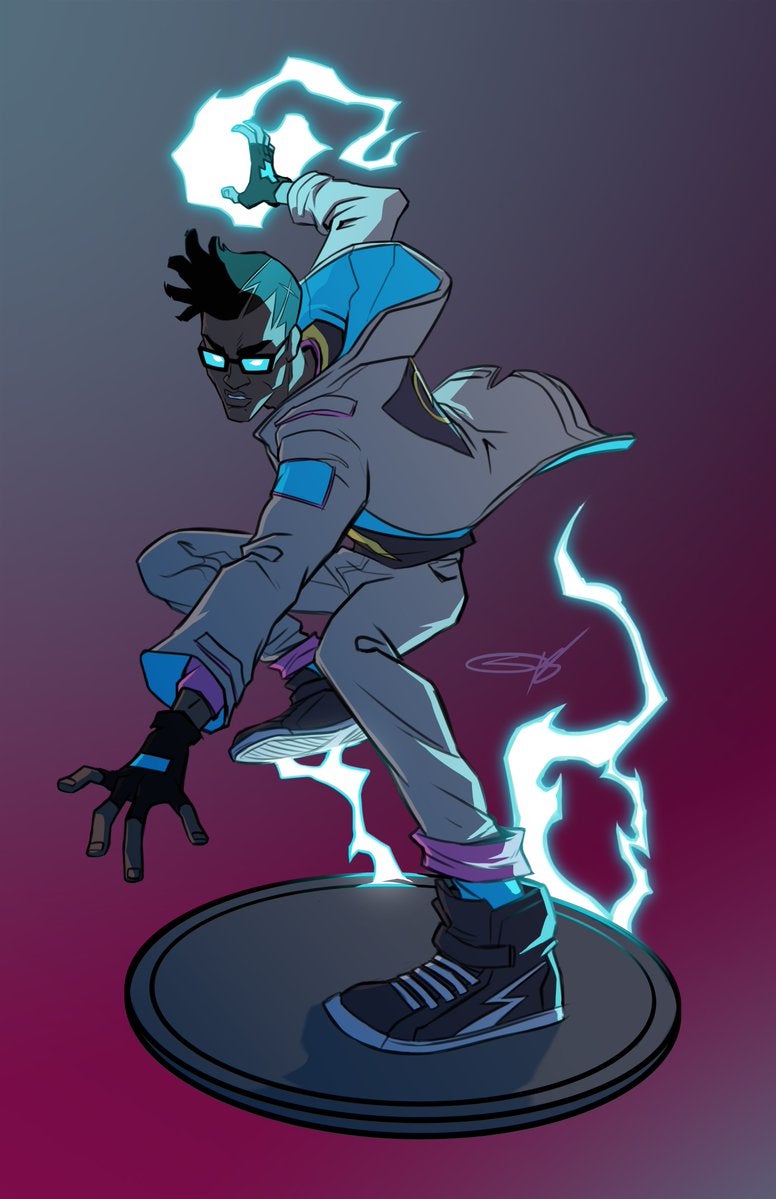 Is there anything you appreciate more about the character, after having worked professionally in animation?

Barrett: Yeah, absolutely. As a kid, I always recognised that cartoons were made with a lot of work and a lot of people but it’s hard to fully appreciate it until you participate in it first hand.

So, in particular, I have a lot more respect for the show and all of the people that found a way to make it happen. Thinking about it, it’s kind of crazy that Static managed to even get his own show. 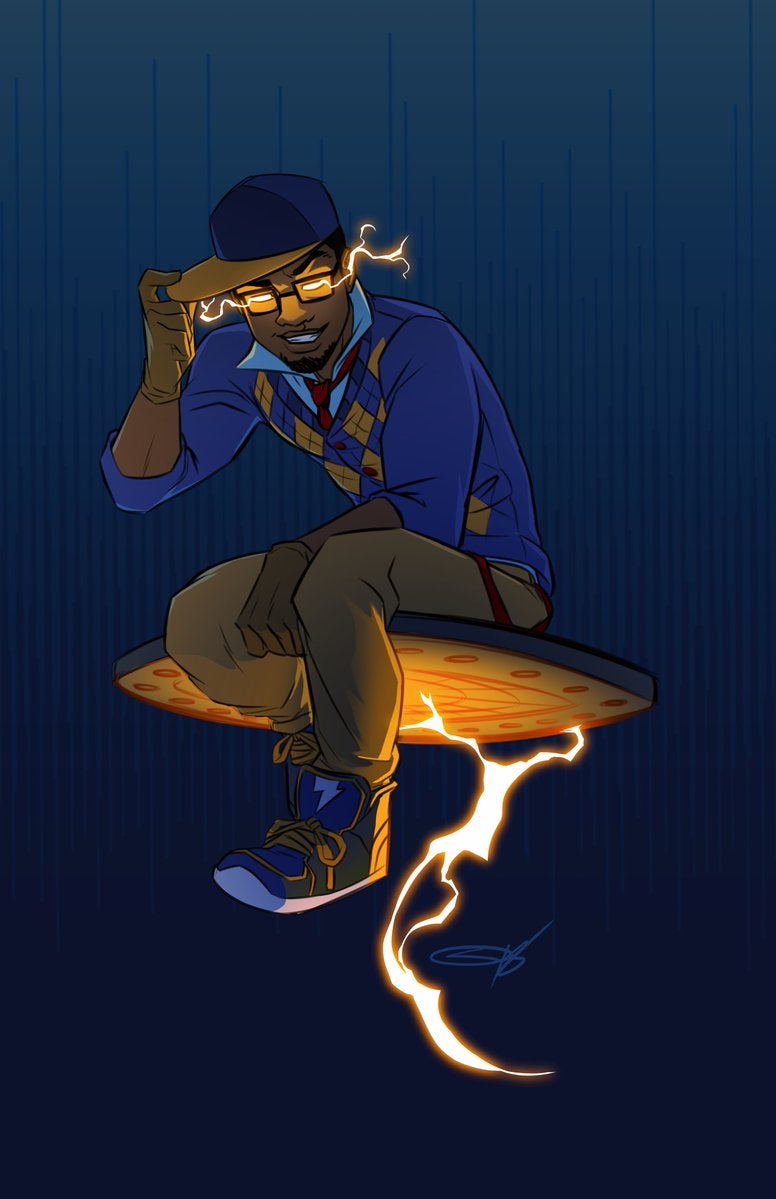 A re-design of Static by Jason Reeves, drawn by Samir Barrett.

He was definitely the most popular name in Milestone but, in general, I think he was kind of obscure. The fact that he got his own cartoon hanging out with cats from the Justice League is pretty amazing. It helped him get exposed to a much broader audience and made him a favourite among new generations of fans.

You can see all of the art from Samir Barrett’s Static History Month project right here.