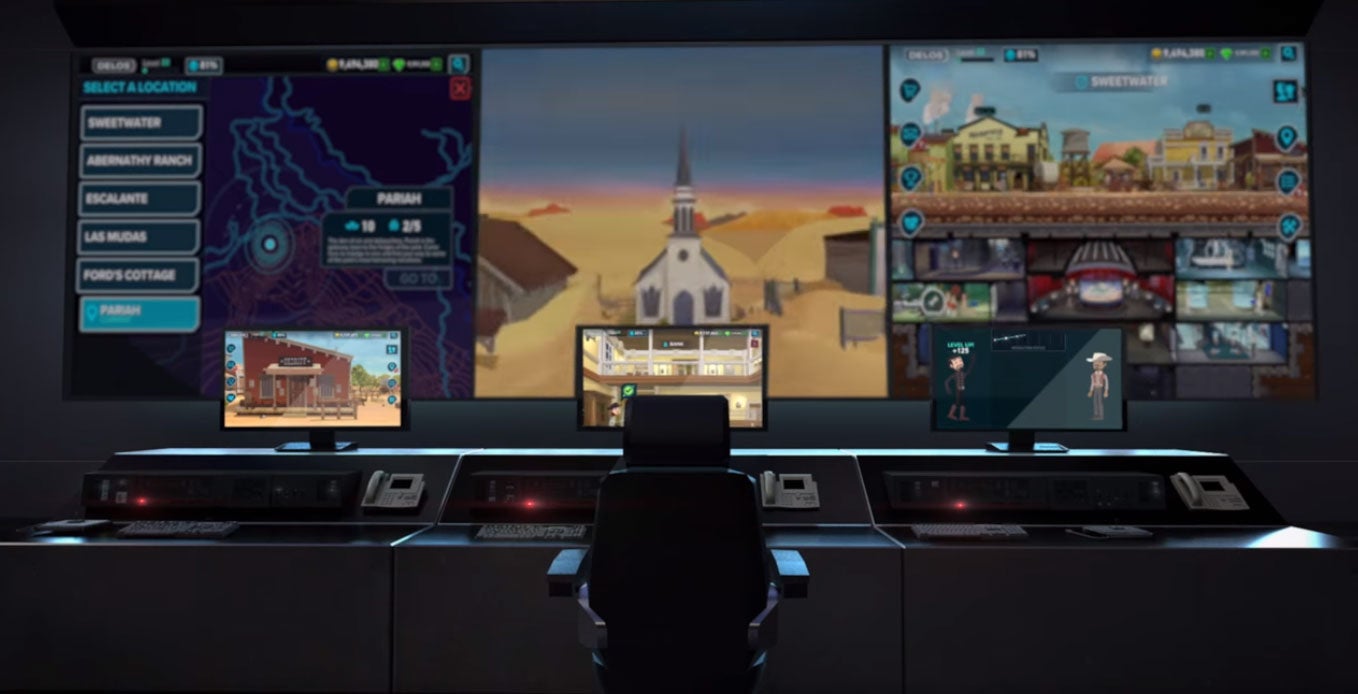 There's a Westworld video game coming, and while a PC management sim or quick-and-dirty console shooter may seem like the obvious adaptation options, Warner Bros. is taking a more mobile approach.

That's the official trailer, but since it doesn't show you much, here's some gameplay captured by Android Gameplay Weekly:

So, yeah, Fallout Shelter. Only with a more involved above-ground element, since you have the guest section along with the subterranean management sections.

The game isn't out yet, but as with most mobile launches, there are some with early access, hence the footage. You can sign up and try and get in yourself here.