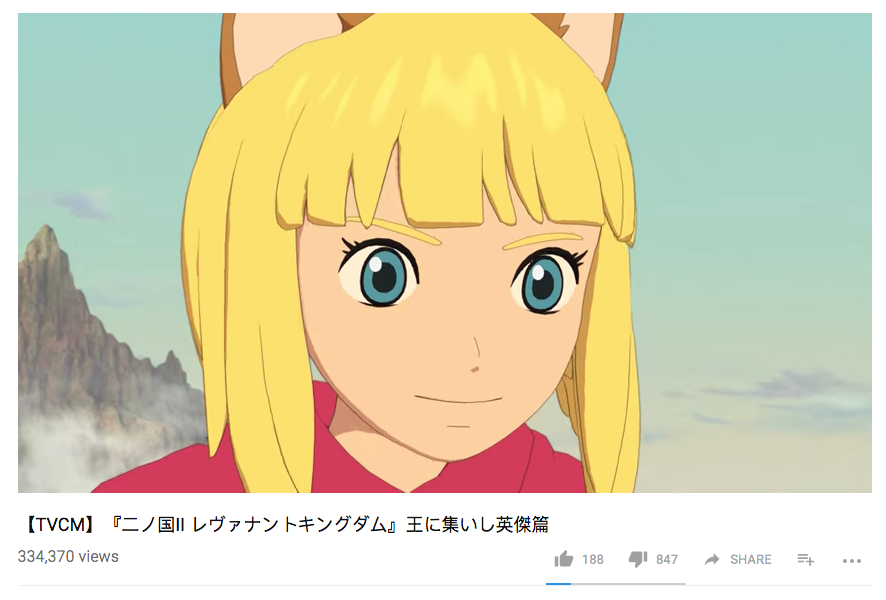 The latest Japanese commercial for Ni no Kuni 2 appears to be backfiring on Twitter and, as of writing, has racked up 989 dislikes compared to 220 likes. What gives? Blame the music.

You can watch the commercial below:

Does the song sound familiar?

Jump to around 23 seconds in, and you can hear one of Japanese gaming's most famous melodies.

The Ni no Kuni 2 commercial music isn't exactly the same, but it sure does resemble the iconic Dragon Quest march.

On 2ch, Japan's biggest bulletin board, commenters have been pointing out the similarity, saying the ad's music reminds them of Dragon Quest more than they thought it would. One commenter joked that since Level-5 developed Dragon Quest 9, this was OK.