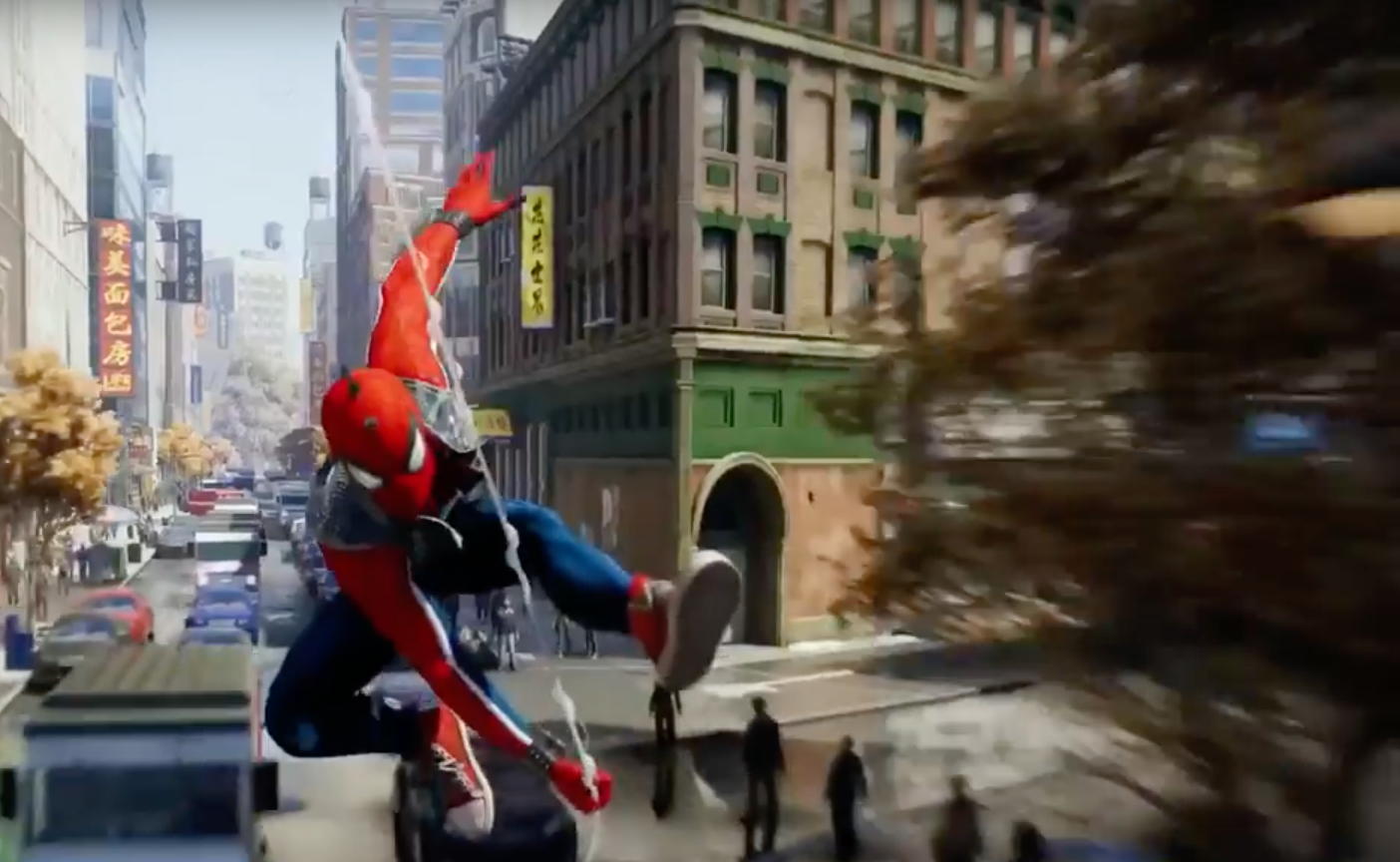 Sometimes when you see a skin or an alternate costume in a video game, you think "hey, that's neat!" and don't give it a second thought. Xavier Coelho-Kostolny, a 3D character artist at Insomniac Games, actually broke down the process of getting a cool piece of video game art from concept to your television screen in a series of tweets from yesterday.

Coelho-Kostolny specifically was talking about the Spider-Punk costume for Insomniac's upcoming Spider-Man game, which depicts the superhero in a denim vest with a mohawk made of metal studs.

"Marvel holds the rights to produce games and movies for most of the stuff in the Spider-Verse, so that also means Insomniac will be able to pitch things from all those," he wrote. "As part of the process of pitching a huge number of suits, Spider-Punk was eventually confirmed to be one that Insomniac (basically, me and [lead character artist Gavin Goulden]) would want to make, and actually COULD make."

A week after the concept was greenlit by Marvel, Coelho-Kostolny and Goulden started working on a design, trying to split the difference between the accurate representation of the source material that Marvel wanted and "making something with stunning visuals that could only be achieved with the power of the PS4" for Sony.

"This design/pitch process involves creating a lot of concepts that emphasise what makes this suit special," he wrote. "Some feedback I got in the design stage concerned the buttons on his vest, others involved the white piping around the red areas."

If that sounds like a lot of work for a single costume, well, that's just what making video games is like.

Once the design was approved, they started working on a 3D model, which involved another few weeks of iteration and feedback. Sometimes the criticisms were very granular, about how the vest sat on the character, for example. After the 3D model was approved, it was passed to other team members for rigging and blend shapes, which Coelho-Kostolny went on to explain.

"Most of my job is making things that could animate like a puppet," Coelho-Kostolny wrote. "[Insomniac Games's character technical director Sergio Sykes'] job is to make sure that the puppet has a supporting structure inside with bones and various tools the animation team can use to make Spider-Man run, jump, and punch bad guys."

"A problem with constructing puppets is that they don't have muscles, so you occasionally need to make sure that things like knees bending don't look like weird bendy straws," Coelho-Kostolny said. "This is where [associate character artist Marco Vilallpando] comes in. He sculpts special poses that fix the deformation to look natural."

From there, they pass the model to the animation team to give it some animations. Then the model goes to the mission design, combat design and programming departments, where those respective developers will ensure that the animations play at the proper times.

The user interface and user experience teams design how the player sees and interacts with the costume in menus, and the marketing team works with Marvel to make promos for the costume. If that sounds like a lot of work for a single costume, well, that's just what making video games is like.

"All told, over 200 people at Insomniac, hundreds of people on outside QA teams, focus testers, marketing specialists, outsourcing artists, and dozens of others contribute to the games we make," Coelho-Kostolny wrote. "And that's all to make sure a single thing like Spider-Punk gets in the game."