A Self-Hating, Animal Version Of Walt Disney Goes To Art-Camp Rehab In A New Graphic Novel

Sometimes it can be hard to remember that the word “Disney” comes from a real person’s name. The company that the legendary mogul built is frighteningly powerful and ubiquitous – and his last name has come to connote, sometimes pejoratively, a certain artistic sensibility. A new graphic novel called Von Spatz is a trippy reminder that there was an actual man behind the mouse. 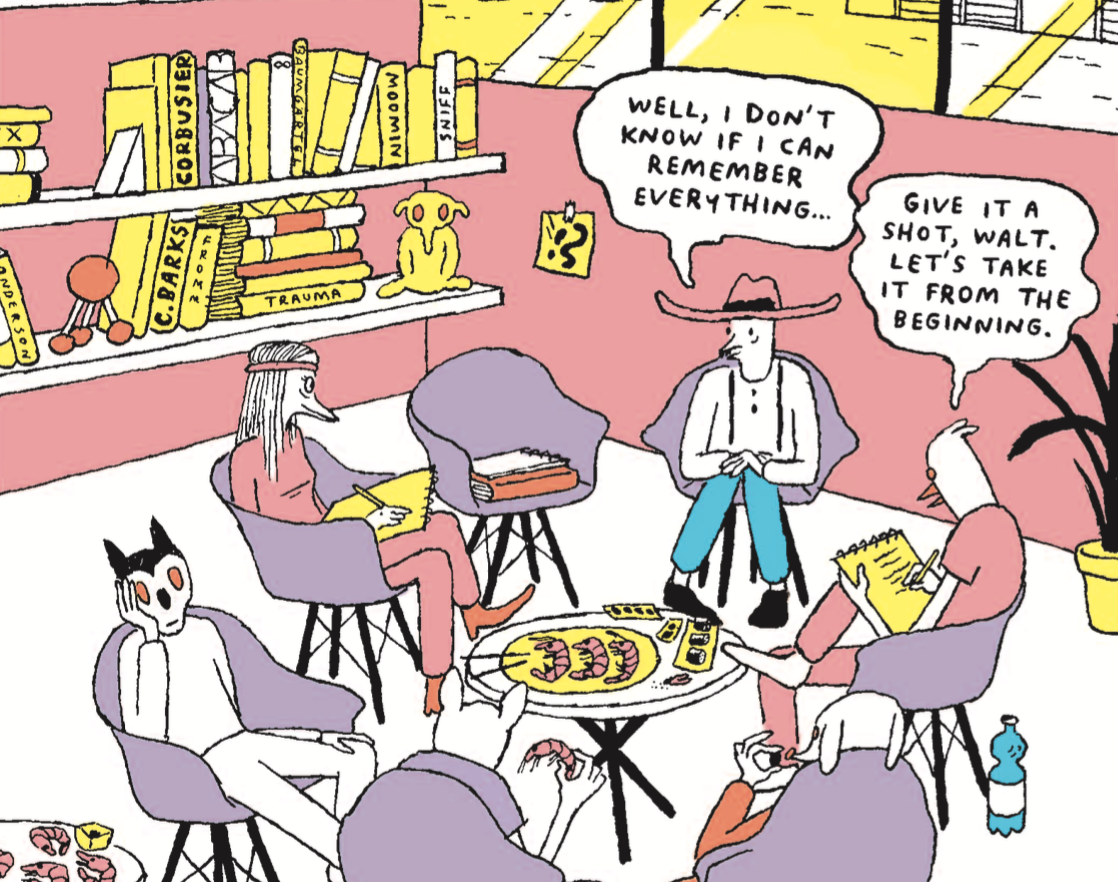 Created by cartoonist Anna Haifisch, Von Spatz is centred on an anthropomorphic Walt Disney having a breakdown and going to an artists’ colony rehab that gives the book its title. At Von Spatz, Disney falls in with Saul Sternberg and Tomi Ungerer, and the trio of 20th-century illustration luminaries all give each other shit while trying to re-centre themselves. 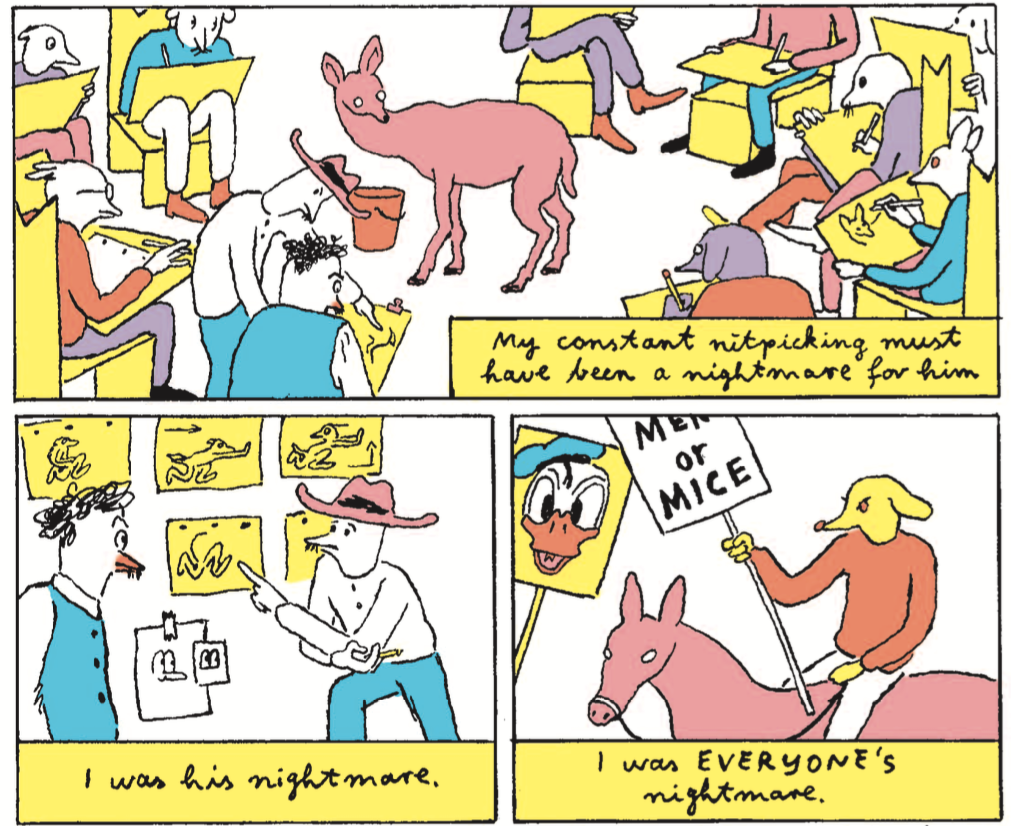 The titular location may be a rehab/wellness centre for artists, but Haifisch’s queasily bright chromatics and puckish sensibilities make it feel like a weird little mirror universe. Doraemon stands around and hangs out in an art supply store and Gumby makes an anachronistic cameo in Walt’s hallucinations. Von Spatz comes across as a surreal slice of desert – complete with therapy penguins – that’s a neighbour to George Herriman’s classic comic strip Krazy Kat, except that the anthro-animals here are chasing inspiration and a sense of well-being. Structurally, the work unfolds in a series of small gag strips, tied together with a loose sense of chronology. Despite all the dry-humour loopiness, a core concern with the complaints of the artistic life bubbles up throughout Von Spatz. When the artists needle each other, those moments communicate how deeply they’re slaves to their own churning insecurities and impulses. 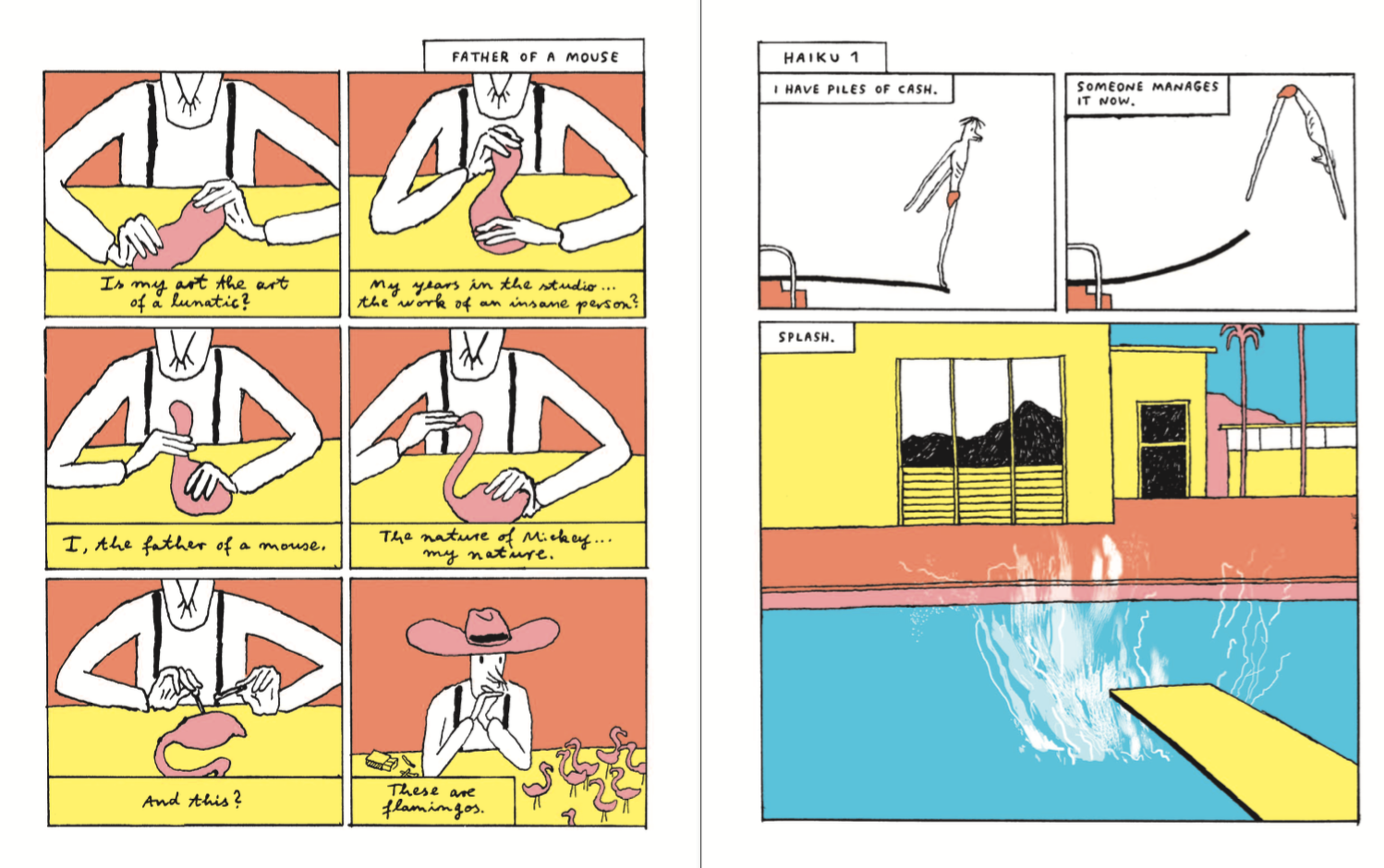 In a counterintuitive way, Von Spatz can be read as inspirational. Haifisch delivers a version of Disney broken by being chief engineer of a massive culture-making machine, struggling with doubt and anomie. The return to smaller, solitary creative acts doesn’t quite seem to “cure” him, but it makes refreshed insights about his capabilities available to both him and the reader. You can be as messed up as this version of Walt Disney and still leave a mark on the world. Just make sure you have your own version of Von Spatz to retreat to.