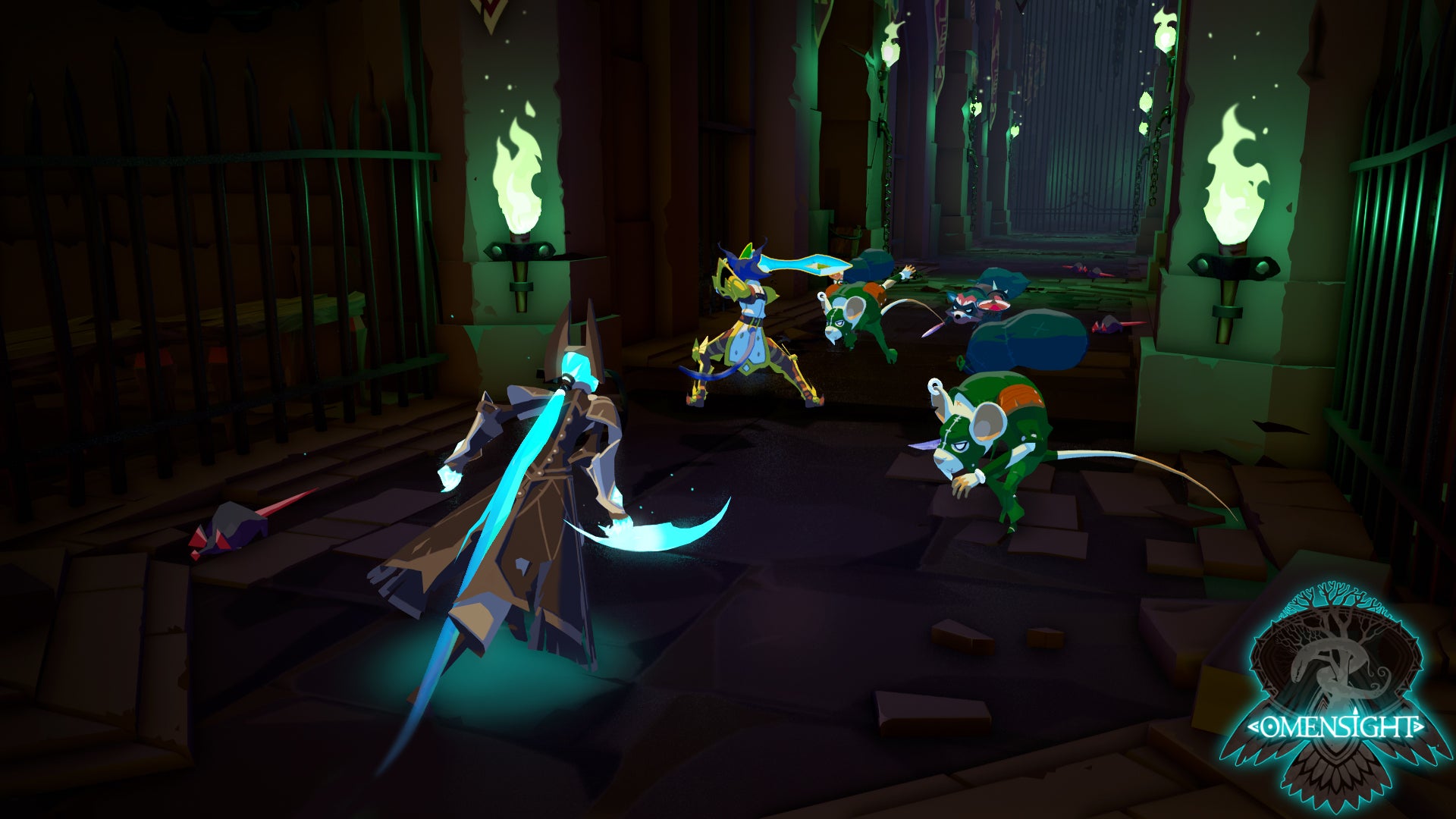 On paper, Omensight sounds like a long list of elements that don’t seem to fit together. But it works. It’s a murder mystery that requires you to read every line of dialogue and keep track of subtle clues. It’s a time travel story, with the hero reliving the same day over and over, each evening culminating in the end of the world.

It’s got 3D platforming sections that take you double-jumping across lava pits and rocky caverns. You’ve got knightly armour and a sword, as well as a roster of time-themed magic spells. Oh, and everyone in this world is an adorable anthropomorphic animal.

I got my first taste of the game, which will be released for PC and PlayStation 4 in 2018, on the PAX East show floor this afternoon, and development studio Spearhead Games has interwoven each of these elements into an experience that feels textured and complex, rather than confusing or overwrought.

The stylised swords-and-sorcery setting looks Zelda-esque, but the combat feels more like Bayonetta. The hero benefits from a dodging mechanic that rewards good reflexes, for example. Fighting feels so satisfying that it’s easy to forget that Omensight is no simple hack-and-slash dungeon crawler. It’s a murder mystery, too, and swordplay isn’t always conducive to sleuthing.

I made that mistake halfway through the demo when I kept on swinging at an enemy who had fallen to their knees, surrendered, and tried to talk to me. That earned me a joking finger-wag from Malik Boukhira, Spearhead’s cofounder, who had watched over my shoulder as I played. He also watched as I got tricked into trusting Ratika, a sweet-voiced blue rat who ended up bailing on me. 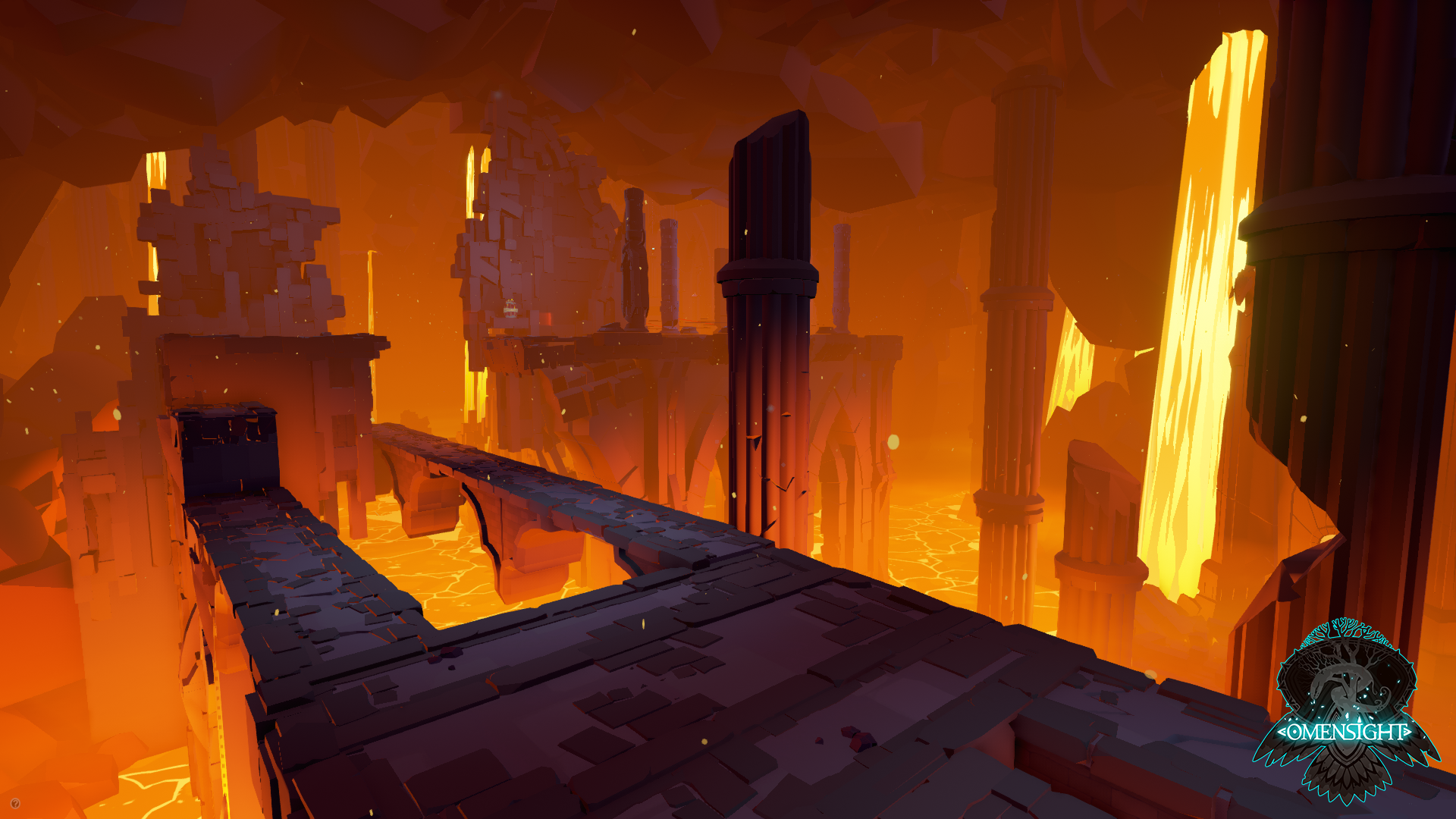 “We actually tried to turn the narrative into gameplay,” Boukhira told me, once I had finished the demo. “The murder mystery basically turns dialogues… into a puzzle. You have to listen to people not just because it’s entertaining, but because whatever they say might be a clue. That was the primary focus, as well as blending that with an action game. That’s what you saw: you make your choices by hitting people, or using magic on them.

“It’s a game where you have to pay attention,” Boukhira went on. “It’s interactive, it’s reactive. You play it, you don’t just see it.”

The team’s go-to influences for the project aren’t just other games like Bayonetta or Zelda, though. Boukhira cited Choose Your Own Adventure books, and the TV whodunnit Columbo, as key touchstones — especially murder mysteries with a “twist.”

Additionally, the game is a “spiritual sequel,” he said, to Spearhead’s Stories: The Path of Destinies, which also has time travel, magic, and anthropomorphic animals — although the murder mystery theme of Omensight is a new layer. As for why the team has stuck with the animal characters, Boukhira says it’s partly because of technical limitations.

“As indie developers, we can’t necessarily go for hyper-realistic,” he said. “But with a stylised look, actually, it can be much more expressive. You know? Like, we go with animals because by default just seeing an animal, you associate character traits to it. So you don’t need to have super realistic facial expression to express that.”

For example, he said, “Indrik is an eagle — he’s imperial, he’s the emperor.” Given that, I should have known that Ratika the rat would be a slippery friend. She’s a rat, so she’s cute, but in Boukhira’s words: “she’s also sneaky.”

I guess I had better pay more attention to clues next time. Like, say, the really obvious ones.