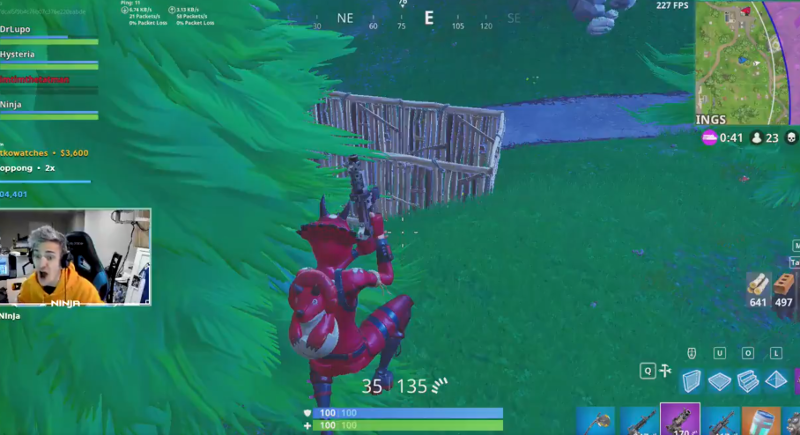 You’re creeping through Fortnite‘s Tilted Towers, and you see somebody absentmindedly clomping along. It’s go time. You drop down with your shotgun primed, but then – at the worst possible moment – your screen freezes. Seconds later, you’re dead.

Situations such as this one have been unfolding all across Fortnite‘s map recently, seemingly on both PC and console – especially in the wake of the game’s latest update. People have been posting clips of brief freezes, which are usually followed by untimely deaths.

This has been happening all day, I thought the freezing issue was fixed?! Smh #Fortnite #PS4share pic.twitter.com/MIxO3FuotO

Can’t wait until tilted towers is gone. RT if this happens to you (Freezing in the middle of a close up gun fight) @FortniteGame pic.twitter.com/nsmXHcmPDH

Now, a lot of these freezes seem to occur right before the person in question dies, which has led some to speculate that they got killed the moment the screen froze, and this isn’t actually impacting battle outcomes.

However, this is apparently what other players saw when Ninja’s screen froze:

He soars through the air, lands, and then stands stock still, as though suddenly in deep contemplation of the wall. In other words, it does not appear that he died when his screen froze.

This is not the first time that Fortnite has had issues with freezing and stuttering, and they seemed to mostly clear up after Epic acknowledged them a few months ago.

When Kotaku asked Epic about the recent resurgence, the developer referred us to a Trello board where it tracks community issues. Freezing, oddly, is not on there, but there is a listing for “meteorites causing drops in FPS”.

For now, though, players will just have to grit their teeth and bear it. And pray they will get to score a free kill on Ninja because of it.