Aggretsuko Is All Of Us And We Are All Aggretsuko 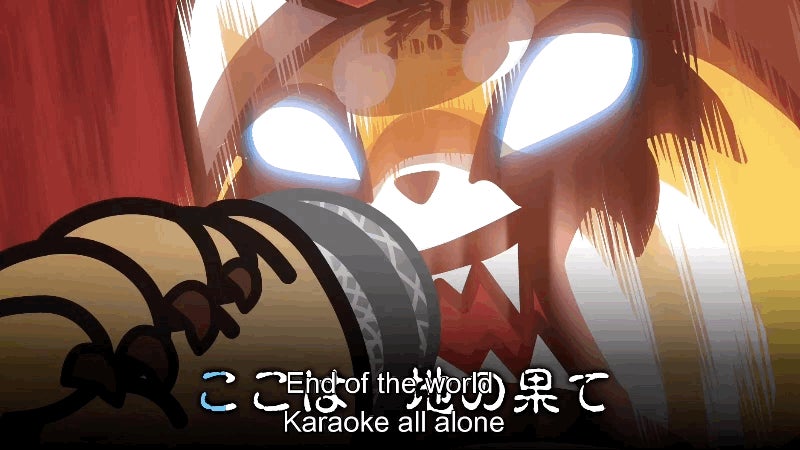 There comes a point in every young professional's life when they find themselves sitting in a dreary office and wondering, "What am I doing? Who am I? Is this really all there is to life?" These thoughts are typically followed by the consumption of alcohol and, in Aggretsuko's case, a side of death metal karaoke.

Aggretsuko is Netflix's new series from Fanworks and Sanrio (makers of Hello Kitty and other relentlessly adorable characters) about Retsuko, a 25-year-old red panda who works in the accounting department of a soul-sucking trading corporation, a business she not-so-secretly loathes.

After five years of working for the company, Retsuko appropriately sees her new job as a necessary evil that allows her to afford her humble apartment and slightly excessive drinking problem. But that perspective doesn't protect her from the living micro- and macro-aggressions that frequently make her want to quit - such as her self-absorbed coworker Tsunoda, who refuses to do her own work, and Ton, Retsuko's supervisor, who frequently harasses her and enables Tsunoda's behaviour.

Though she puts up a somewhat convincing facade of pleasantness and cordiality at work, Retsuko is, in the truest sense of the phrase, filled with a burning rage that she's only able to release in her secret solo karaoke sessions - where she sings death metal anthems about the evils of working within a capitalist system. 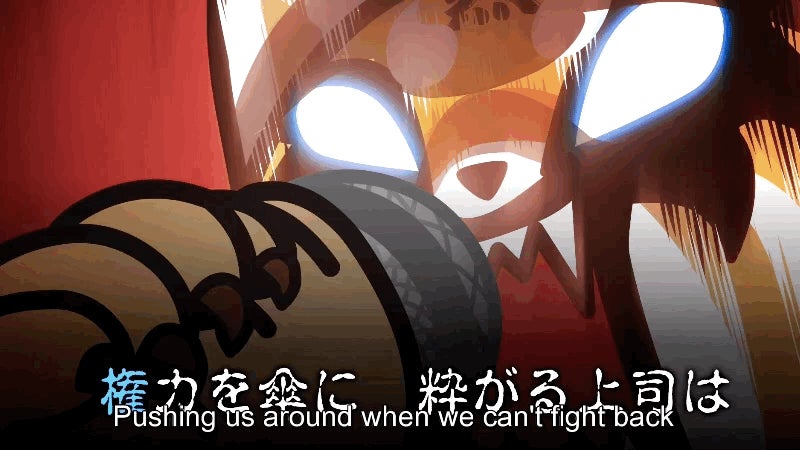 Retsuko sneaking off to fume about her boss Director Ton.Image: Sanrio (Netflix)

In the moments where Retsuko's being her true self, she's open about the hatred she harbours for people who stand too goddamn close on the subway and the disenchantment she feels with her professional life, but there's a larger social evil that Aggretsuko is subtly criticising in a smart way.

While most of the day-to-day workplace mishaps that plague Retsuko are caused by her colleagues, the reason those problems are a fixture in her life is that, culturally, we're all discouraged from being honest about the way we feel.

Rather than being forthright with one another when we feel we've been slighted, it's far more acceptable to grin and bear the misery instead of being labelled as a "confrontational" person.

In Retsuko's case, the internalization of her anger manifests itself as her death metal personality, but Aggretsuko is careful to make clear that she's not alone in her disillusionment.

Retsuko idolises Washimi and Gori, two women working at the executive senior level within her company, and admires them for their take-no-nonsense attitude, but she's unaware that they, too, feel the need to navigate treacherous office politics carefully in order to stay sane.

Even with Washimi and Gori in her corner, Retsuko's dismayed to realise that there isn't really a proper way she could report Ton's behaviour without putting her own career on the line and, for a while, the women resign themselves to impromptu concerts to scream the fury away.

In time, though, Retsuko gradually embraces the idea of striving to be more honest with her peers in all situations and - shocker - it almost immediately leads to her quality of life improving.

When Retsuko actually talks to Tsunoda about the way she constantly throws her coworkers under the bus, Tsunoda readily admits that she knows she's a brown noser, but she only sucks up to Ton specifically because she knows that leaving him to his own devices would only make things worse for the entire office.

It's an ugly, difficult truth that Retsuko doesn't want to accept, but she knows it's coming from a place of sincerity, and it's something that makes her see Tsunoda in a new light, even if she's still a pain in the arse. 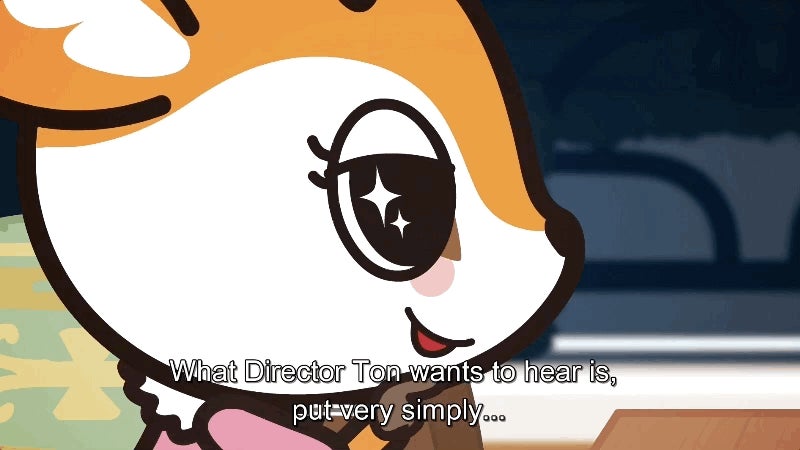 Retsuko's coworker Tsunoda admitting that she throws her under the bus.Image: Sanrio (Netflix)

That's really what makes Aggretsuko so relatable, even if the circumstances of its main character's life don't exactly map onto yours.

You might not work in the accounting department, but chances are good that you, like many people, find that the fun things you do organically with your friends (like going out for drunken karaoke) immediately become torture when they're part of mandated workplace functions.

Like many of us, Retsuko knows what it's like to deal with the necessary evils of working a nine-to-five - and like most of us, she's still looking for a way of striking a happy, healthy work/life balance that leaves her feeling fulfilled as a person.

The death metal karaoke and making a network of allies are great places to start, but if and when Aggretsuko returns for a second season, one hopes that the beleaguered red panda finds the time to seek out a good therapist and really, really try to work through all that (completely justified) anger.

Aggretsuko is streaming now on Netflix.