Alien Board Game Accused Of Plagiarism

Games publisher Wonder Dice has been accused of stealing a designer's ideas for its upcoming board game Alien: USCSS Nostromo.

A statement by the SAJ (Société des Auteurs de Jeux, a group of French board game designers) first sounded the alarm, raising concerns that Wonder Dice's game was built on both the setting and rules of a project designer François Bachelart had shown them years earlier.

Bachelart's Alien game - here's a 2010 version of it - reportedly came very close to development with Wonder Dice, but an agreement couldn't be reached between the parties. He since moved on, but Nostromo has now surfaced with a similar design, only with no mention of Bachelart's original work. Instead, Wonder Dice claim this version of Nostromo is entirely a creation of their own in-house team.

Board Game Geek user Domitien AW has uploaded the rule books for both Bachelart's 2010 design and Wonder Dice's 2018 release so they can be compared. They obviously aren't identical projects; in dispute is whether the changes made by Wonder Dice are sufficient to be able to call it an all-new design, or whether they have simply made alterations to Bachelart's original work without crediting or compensating him. 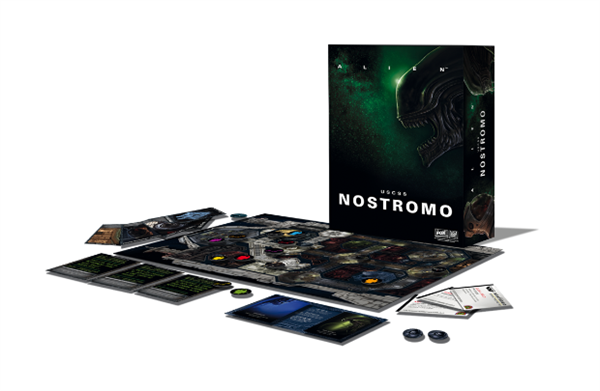 Bachelart says in a statement (translated by Matthieu Bonin) that in response to public outcry over the controversy, Wonder Dice have since offered him a credit in the game's manual, and a chance to design a game with them in the future. Happy with neither choice, Bachelart instead implored the company to cease sale of the game immediately.

It's important to note that in the board game business, it isn't possible to trademark an idea, so there's nothing legally stopping a company from simply stealing somebody else's work. But the relatively small size of the industry, in which such attempts would be quickly noticed and publicised by all the important players, tends to keep it from happening too often.

In an email to Kotaku, Wonder Dice's CEO Aldébaran Geneste says that Bachelart's original pitch was "refused because its principle was not fitting with [a] commercial target. So we had to design a fully new game. The only resemblance is the fact that the background is the Alien Universe and more specifically the Nostromo spacecraft." 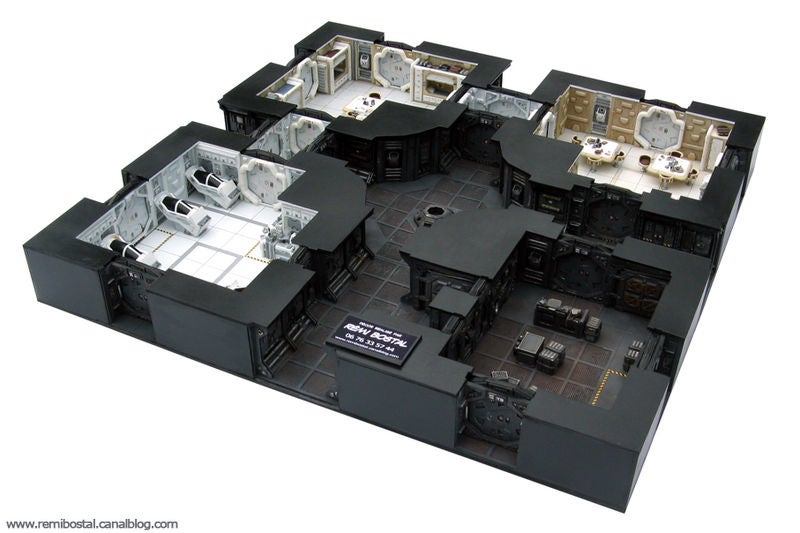 An image of Bachelart's original version of the game.

I asked Geneste why Bachelart had originally been left out of the game's credits, only to then be offered a conciliatory nod in the wake of this controversy, and he says, "We thought that this was the best way to calm down all the defamation and insults we got from some people of the community."

Wonder Dice have also issued an extraordinary press release about the whole mess, in which they threaten legal action against anyone who has questioned their practices and has thus "participated [in] this lynching", claiming that if the game does not meet its commercial goals "they will have to personally compensate" the publisher.

Here's the statement in full (note that Wonder Dice is a French company):

We have been living, recently, repeated attacks against our company and sometimes even ourselves, up to defamation nay insult. We have been somewhat surprised by the positioning of some actors of the sector and had to consult with our lawyers and partners in order to decide how to react. After some time for thinking about all this and for building a serene answer, we have decided the following:

1- We of course have already got bailiff's reports by screenshot capture concerning defamation and insults which unfortunately also indirectly target our partners. We reserve the right to sue those who have participated to this lynching in case we would not have the expected success we forecasted on the market. They will have to personally compensate...

2- We are going to delete all the messages of these persons and block them as well as any "troll" who would want to keep on playing this deleterious game. We have no limits on screenshot captures by bailiffs.

3- Let us remind everybody, if necessary, that the game we are proposing has been designed by ourselves only and nobody else. If, during some period of time, we had proposed the game of another author, it has in the end been refused by our partners hence the need to design a fully new game. We are therefore going to concentrate on its release since we are in our absolute right.

4- We have unfortunately experienced a concrete example of the way jealousy is exerted against people who succeed by their own hard work. Fortunately, not everybody thinks that way and we sincerely thank all those who gave us their support during such hardship. We give them appointment for the release of the game which is upcoming very soon now and to the numerous gamers who, we do not doubt, will spend delicious evenings and nights appreciating our ideas.

The aggressive nature of that statement comes only days after news broke that fellow French company Quantic Dream was also in the process of taking journalists to court over negative press.