The stars of this week's Pull List selections have watched as war and plagues have ravaged the world time and time again, only to see humanity come to the brink of destruction before settling back down and eventually forgetting whatever lessons that might have been gleaned from the last Major Event™. When we meet them again in their respective presents, the world is on the brink of collapse yet again, and this time they all believe it really, really could be the end of all things.

Or, you know, maybe not. Fate's weird that way. 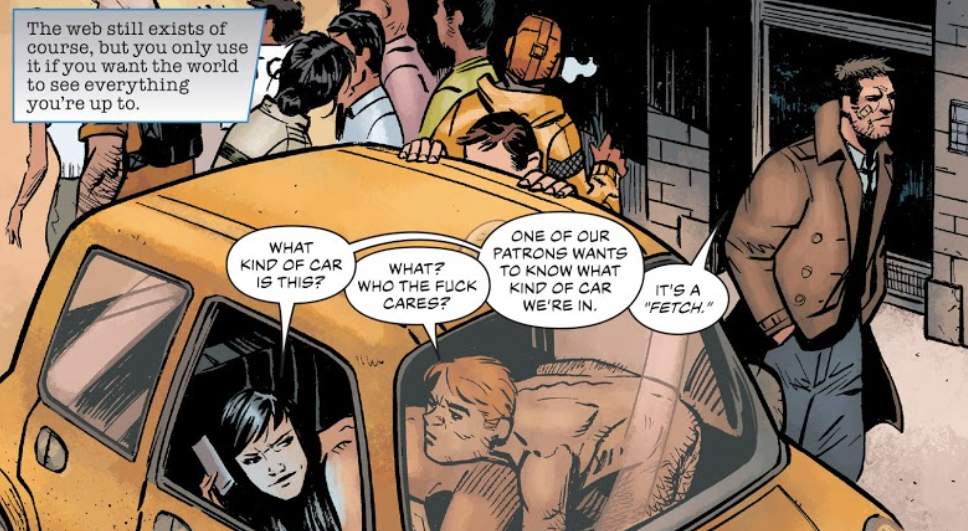 Image's Analogue is the kind of soft-dystopian future that we don't see nearly enough of in genre fiction. On Christmas morning in the year 2020, former NSA agent Jack McGinnis singlehandedly triggers the Great Doxing, the moment when all of the world's cloud servers were exploited and brought to their knees, exposing every single person in the world's darkest secrets.

The Great Doxxing brings about an odd mix of radical social changes that fundamentally shape global culture, and yet everyone (as first) seems to be making the best of a weird, embarrassing situation.

While there are people such as paedophiles whose exposed secrets turned them into social outcasts, others, such as cheaters and crooks, simply decide to say "fuck it", because everyone knows basically everything about one another and there's no longer any point to trying to hide things. McGinnis knows that his actions undoubtedly played a direct role in the ruination of hundreds of people's lives, but he also strongly believes that the world he finds himself in is a better place because of what he did.

Still, the new world comes with new rules and, for McGinnis, the need to find a new source of income, so he puts his old skills to use and becomes a Ledger Man, one of the secretive messengers who transports sensitive information that doesn't exist anywhere in what's left of the digital world. It's a cold, dangerous business that McGinnis finds himself in, but it's a life that he can only blame himself for creating. (Gerry Duggan, David O'Sullivan, Jordie Bellaire, Image) 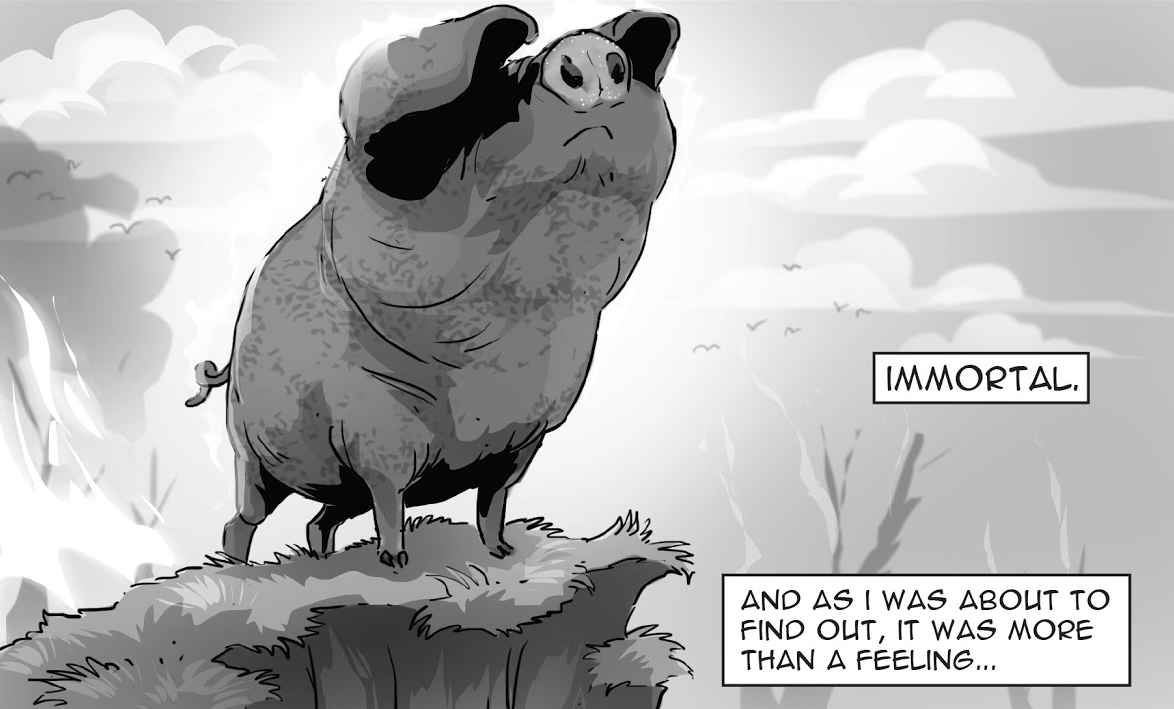 Everyone knows the story of how Adam and Eve were expelled from he Garden of Eden for eating the forbidden fruit and screwing the future of humanity out of the chance to live in paradise. What we don't talk about nearly as often, though, is how the fruit-munching humans also blew it for all of the other animals living in Eden who were similarly banished to toil, struggle and eventually die outside of the garden.

Methuselah - "Meth" for short - is one of those animals. He's a pig unlike any of his swine brethren, and the great stampede out of Eden was merely the beginning of his long, long adventure. In the chaos of everyone trying to escape, Meth comes across another apple from the forbidden tree and, figuring that since he's already been damned, decides he might as well eat the thing and see what all the fuss is about.

In addition to sentience, the apple grants Meth an immortality that he doesn't understand. When he realises that he's destined to outlive everything and everyone he knows, he resigns himself to a life of walking and watching. In his time trotting across the Earth, Meth witnesses all of the evils and atrocities humans are capable of, making it somewhat easier for him to understand just why they were expelled from Eden in the first place. But, like all immortals, Meth eventually grows weary of the world and longs for sweet, sweet death. (Kevin Miller, Kierston Vande Kraats)