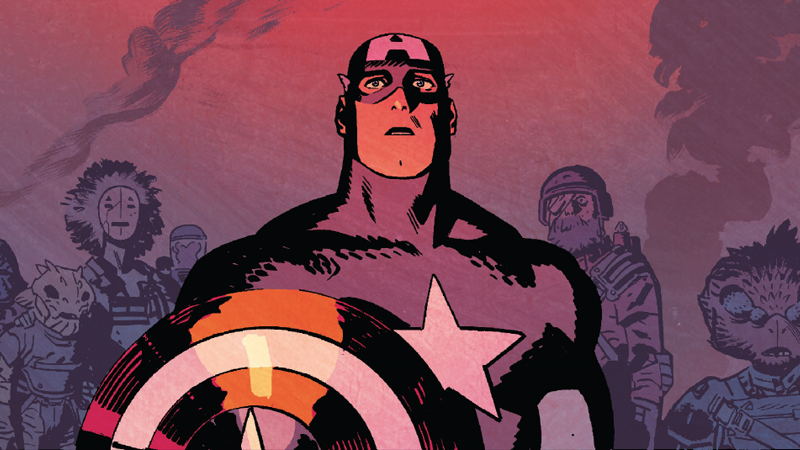 Steve Rogers has been having a hell of a time lately. His comeback tour of America in the wake of Secret Empire has been on hold recently due to an unfortunate case of being frozen by right-wing terrorists and re-awakened in a nightmarish future – a future in which Steve has had to make some very tragic decisions.


It’s the end of the world as we know it, and Steve Rogers is not feeling fine. Image: Chris Samnee and Matthew Wilson (Marvel Comics)

This week’s Captain America #700, by Mark Waid, Chris Samnee, Matt Wilson and Joe Caramagna, finds the good Captain in a state of uncertainty. Having defeated Rampart and its leader, Babbington, in the mutant wasteland of the alternate 2025 he’s found himself in, Steve is suddenly thrust into a position he never really wanted: Trying to lead the rebuilding of a war-torn America from the frontlines. The pressure put upon him is immense – not just from trying to be both a warrior and a governor, but because Steve Rogers is Steve Rogers and the thought of letting people down who need him the most is inconceivable to him. As rival nations leap to capitalise on America’s upheaval and food stores dwindle, Steve fights battle after battle, never stopping, because if he does everything he’s fought for in this future will crumble. 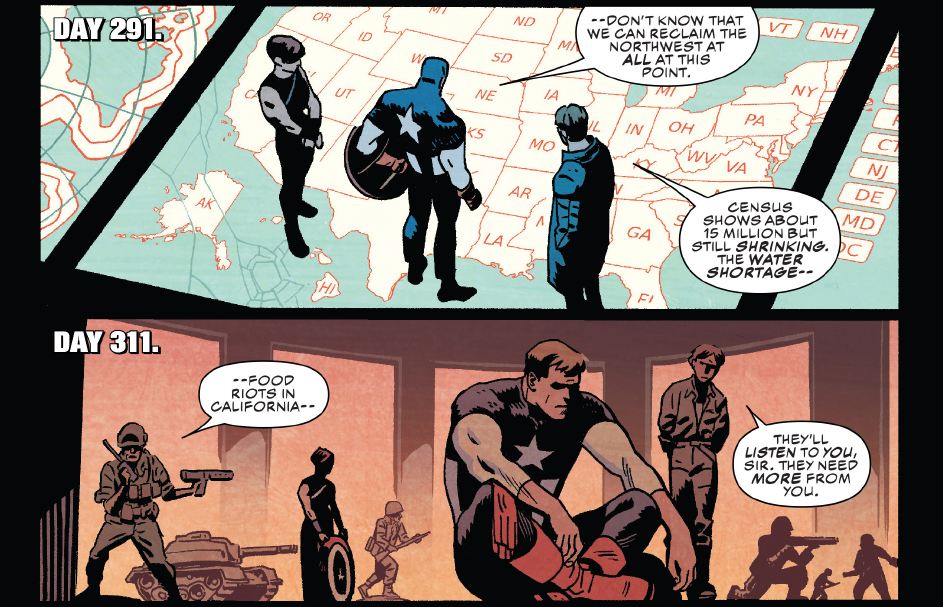 Which is why, when this future timeline’s Bruce Banner offers him a way to go back in time and avoid being frozen by Rampart in the first place, Steve vehemently refuses. Even if it meant a chance at avoiding the horrors he’s faced in the apocalyptic 2025 in the first place, it would be tantamount to giving up on people who need him to survive.

And so Steve stays, struggling, pushing himself more and more until a nuclear strike by one of America’s rivals levels New York, making him realise that no matter how many battles he wins as Captain America, one supersoldier cannot win this war. So before he gets himself killed fighting a hopeless battle, or before things can get even worse, he takes up Banner’s offer and finds himself back in the present – watching himself be frozen again by Rampart.

It’s all very timey-wimey, but Future Steve manages to interrupt Rampart’s plans, finding the hope he couldn’t in 2025: Sacrificing himself to detonate the nukes Rampart was going to use to launch America into a new dark age, and dying so that the present (and now unfrozen) Steve could live. 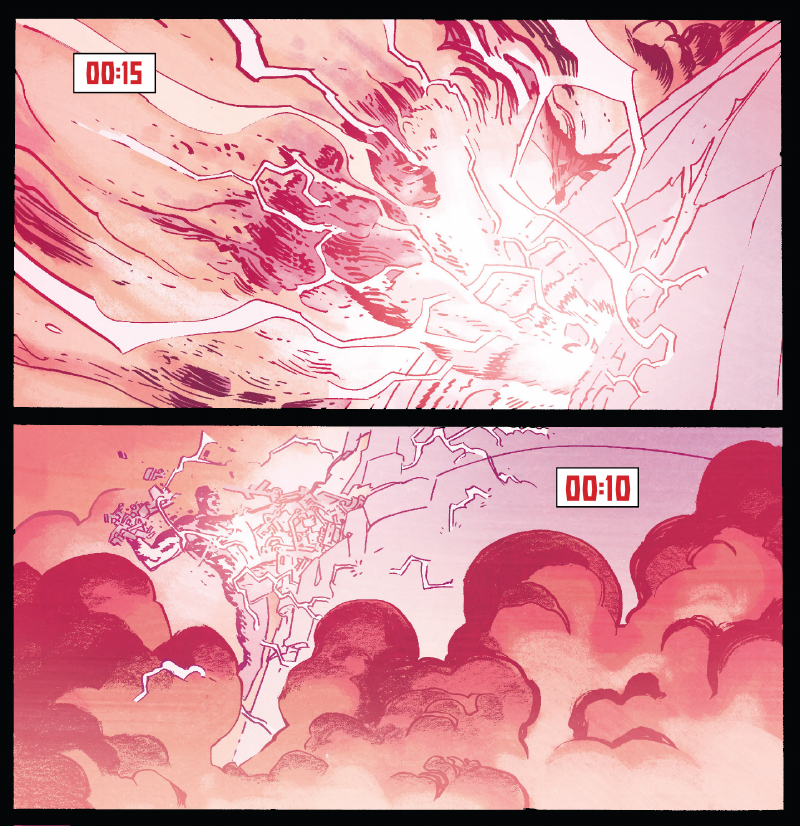 Although the day is saved, it’s undercut with a layer of tragedy – after all, technically, Captain America dies in this issue. He may have had some time-travel shenanigans, but the Steve that perishes in Captain America #700 is in some form the one we’ve been reading about all these years, not an alt-reality transplant, not a doppelganger. It’s the Steve Rogers we knew and loved, one that had been through hell and back.

The one we have left thanks to his sacrifice is still mostly the same man – but the tragedy is still there for him, in that this Steve is completely unaware of his future self’s sacrifice. All those experiences he went through in what is now an alternate future, the people he met, the people he fell in love with, never happened to him.

Captain America carries on the good fight, unaware of what was lost to allow him to do so. Image: Chris Samnee and Matthew Wilson (Marvel Comics)