interviewswitch
To sign up for our daily newsletter covering the latest news, features and reviews, head HERE. For a running feed of all our stories, follow us on Twitter HERE. Or you can bookmark the Kotaku Australia homepage to visit whenever you need a news fix.

For game developer Matt Thorson, tough-as-nails yet kind-as-kittens platformer Celeste represented a breaking point. His depression and anxiety had gotten so severe that he had no choice but to face them head-on. Thorson says the process was “painful,” but it’s also when Celeste‘s story began to take shape.

“I overwork myself when I’m anxious,” said Thorson. “Our work is a great creative outlet, but it stops being cathartic and starts being avoidant when I push myself to those extremes. It took me a while to realise that crunch can be a form of self-harm.”

For Thorson, it made perfect sense to explore these ideas in a platformer. In the process of recognising that he’d been pushed to the brink by a wall of anxiety, he also came to realise that, as a child, challenging SNES platformers were his escape from it. “As I made that connection, it just made sense that the game was about that,” he said.

“If you’re making a game about anxiety and depression, it felt like to us that we needed to show the same kindness to the player that we want to show ourselves.”

Even once the game’s basic premise – main character Madeline grappling with a physically manifested other side of herself that represents her own depression and anxiety – was nailed down, Thorson still had no idea where exactly Celeste would end up.

He was, after all, still in a knock-down, drag-out battle with his own other side. “I didn’t know how it would end because I was still dealing with this stuff while we were making it,” he said.

Thorson learned over time that he was treating himself like garbage, and that needed to change. That’s where one of Celeste‘s most beloved elements – the way it encourages players and tells them that failure is OK, despite being an, at times, brutally difficult game – came from.

“If you’re making a game about anxiety and depression,” said Thorson, “it felt like to us that we needed to show the same kindness to the player that we want to show ourselves.” 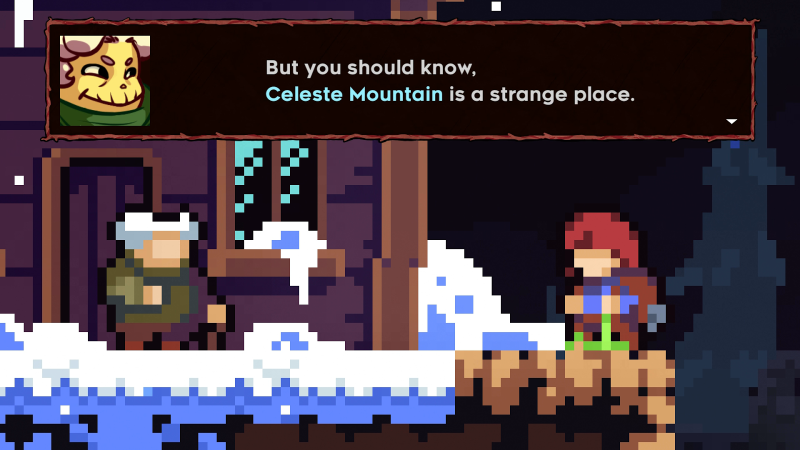 Celeste, then, became a game about taking care of yourself, and understanding that, sometimes, you have to make yourself a priority in order to avoid hurting others. The game illustrates this especially well through Madeline’s interactions with Mr Oshiro, a ghostly hotel owner who can’t bear to let go of a crumbling ruin that represents his former life. Instead, he lives in an eternal state of denial.

Madeline wants to help, so she follows Mr Oshiro through a hotel that’s entirely abandoned save for his own baggage. She does this at the expense of her own goals and well-being, and after a while, it all becomes too much for her.

At the worst possible moment, she decides to ghost on her newfound ghost friend, transforming him into a fearsome manifestation of his own anxiety in the process.

While the level, much like the rest of Celeste, is pretty on the nose, it smartly conveys what it’s like to contend with mental illness while also trying to be a helpful, sociable person. It’s a crucial part of the coping process that arguably more elaborate games about mental illness like Hellblade have missed.

Thorson, though, said that unlike Hellblade, his team never consulted mental health professionals, preferring instead to tell a story that arose from their personal experiences.

“Our top priorities were to tell a story that meant something to us and explore these topics from a individual perspective, to draw players into this world with these characters we grew to love,” Thorson said. “Our intention going in wasn’t to represent mental illness in general, or to make a ‘how to deal with depression’ guide, and we didn’t think to consult professionals on the topic.” 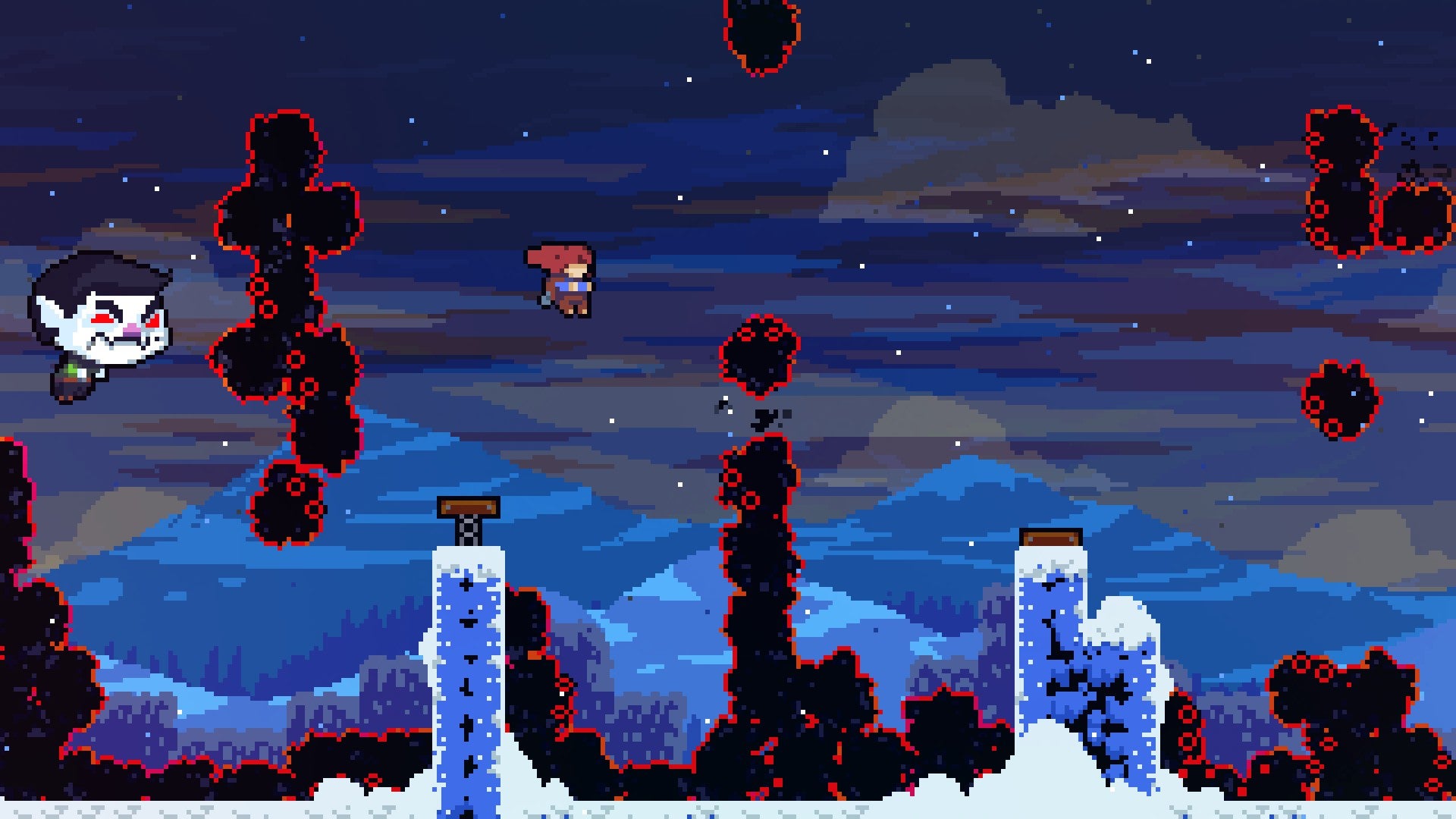 Thorson and his team did, however, do their best to make sure they weren’t trivialising the very serious issues faced by their characters. ” It was a very iterative process, and all the dialog in the game went through multiple rounds of rewrites as our understanding evolved,” he said. “Mr. Oshiro’s scenes in the hotel, in particular, changed quite a bit as we discovered his place in the story.

Making sure we didn’t trivialise the problems our characters were grappling with was a big concern for us.”

Even with a lot of that in place, though, Thorson still hadn’t figured out the game’s ending. That didn’t take shape until near the end of development. “I knew pretty early on that Madeline would have to fall down the mountain,” he said.

“I wanted her to finish climbing the mountain after that, but I didn’t know how to frame it. The details that fill in exactly how all that happens came as I understood my own anxiety better.”

The key, for Thorson, was recognising that he had to accept what was going on in his own head. While Celeste begins with Madeline single-mindedly determined to conquer a mountain in place of her own troubles, she comes to find that she’s looking at it all wrong.

Instead of beating the other side of herself into submission, she learns to function alongside it. But even the game’s ending is, for Madeline, just part of an ongoing process.

“We wanted to communicate in that final chapter where you’re climbing the mountain again that it’s not just fixed,” he said. “It’s not just magically better. There’s still conflict within her, but now she’s working with that other part of her to at least examine that conflict and approach it together, even if they don’t agree.” 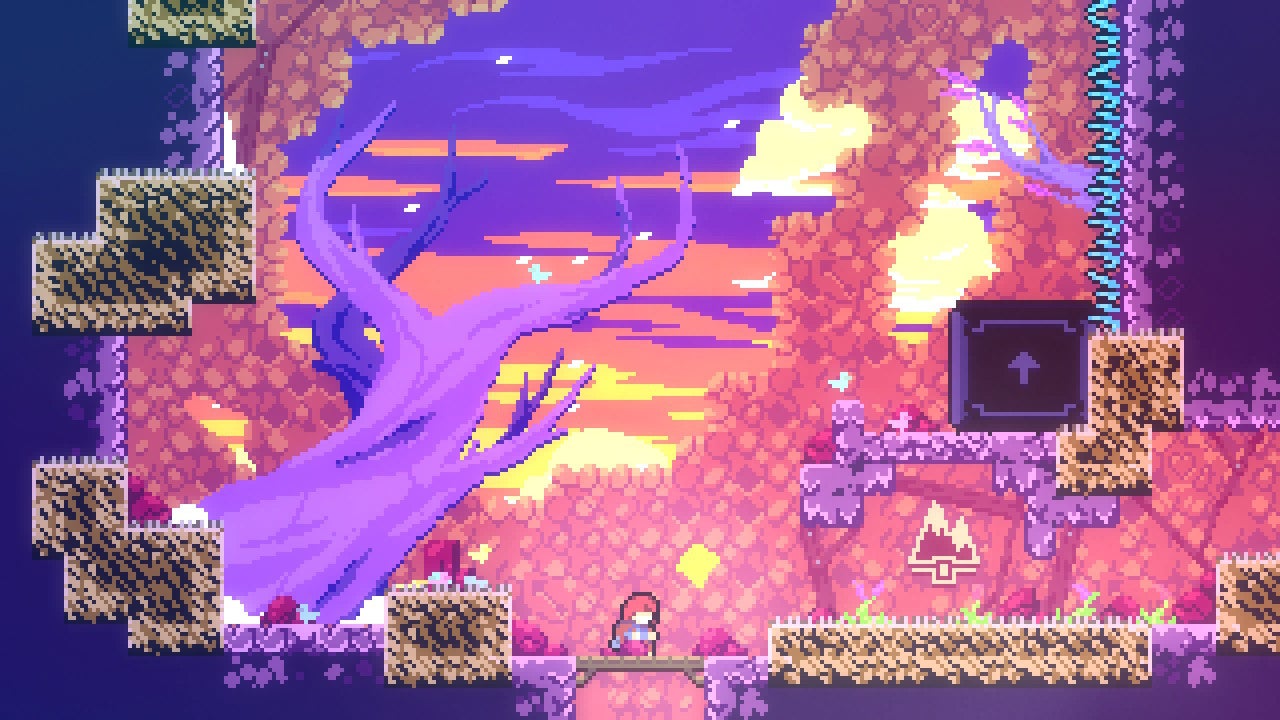 It’s a message that’s resonated with players in a big way. Celeste‘s composer, Lena Raine, told me that a player even reached out to say that the game helped them cope with suicidal thoughts.

“One of them mentioned that they are suicidal, but chose to live as a result of the encouragement given by the game,” Raine, who also suffers from anxiety, told me in an email, adding that the anecdote affected her so much that she chose to share it with an audience during a GDC award acceptance speech.

“I legitimately don’t think I’ve ever felt as much validation that what I’m doing with my life can help people.”

“Celeste and the helpful users from last week’s post gave me the perspective and push to try self-acceptance. And you know what? It’s not bullshit.”

Thorson’s favourite response to the game’s story comes from Reddit. One player reached the part of the game where Madeline begins to reconcile with herself, only to find themselves feeling “left behind” by Madeline’s acceptance of her other side.

They felt an intense connection to Madeline moments before, when she was berating herself and “beating” her inner demons into submission, but the game lost them after that. They made a lengthy post about it and ended by saying they weren’t sure if they could keep playing the game.

A week later, however, they returned with another post thanking the game and its players for giving them a new perspective on their mental health. “The idea of accepting Badeline left me dumb-founded,” the player, scrappythrowaway43, wrote.

“You’re supposed to beat depression and anxiety, not accept it. But after last week, I realised that I clearly haven’t beaten my anxiety (if not my depression). Celeste and the helpful users from last week’s post gave me the perspective and push to try self-acceptance. And you know what? It’s not bullshit.” 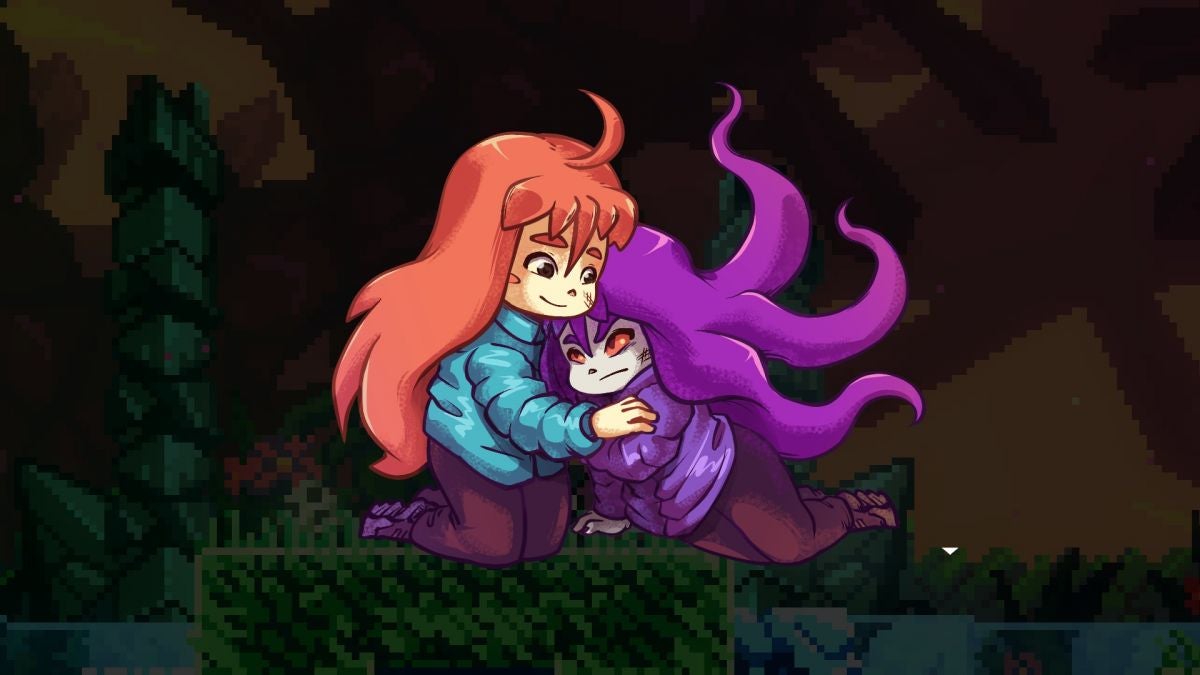 As for Thorson, he’s still contending with his own anxiety and depression, something that’s become much more manageable now that he’s not knee-deep in the sanity-testing process of making a video game.

“One of the things I realised while we were working on it is that I want to fix my work-life balance,” said Thorson, adding that he had this realisation around the time the team had to go into crunch mode. “It was kinda tough realising that and then being like ‘Welp, have to finish this game now!'”

“The next one,” he concluded with a wry grin, “will be different.”