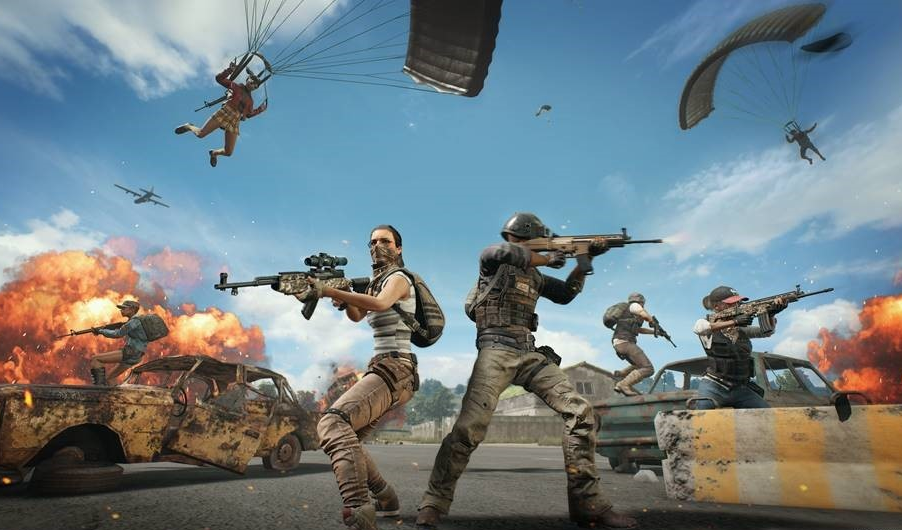 This week’s PUBG event, Metal Rain, has been an excuse to summon armoured vehicles from the sky. But it was also my first real foray into eight-player teams in the game, and I wish I could play the game this way all the time.

The Metal Rain event takes the skeleton of the game and adds an additional set of rules on top of it. You can shoot a flare up into the sky, and it delivers an armoured vehicle.

I didn’t find this very interesting, especially because the flares feel about as rare as they were the last time we had a flare-based event.

Instead, it was the doubled team sizes that pulled me into the game mode. Normally a PUBG team maxes out at four players, but Metal Rain asks you to find eight people who could communicate and play with each other long enough to make something special happen.

Look at this hectic game I was playing in.GIF: PUBG

In reality, chaos ensues. I’ve played a few games of the mode, and each time it was a constant buzz of our team yelling “There’s one! And there’s another!” The internal rules that I have established for the game, which all centre on the maximum number of enemies in a squad and where they could attack me from, get thrown out the window.

That mayhem is productive, though, because I think it pulls at some of the strengths that PUBG has over other battle royale games. I’ve written about how I love the slowness of PUBG, and the eight player squads oddly double down on that.

You spend the entire game on the lookout, moving quickly across the map, trying to spot other players before they spot you. And when you get into a conflict, it’s about manipulating sightlines, hiding behind trees, and getting an edge over the other mass of players you’ve run into.

It accentuates the strengths that the game already has instead of pivoting toward something else, and that’s the kind of thing I’m glad to see in a genre that’s becoming more crowded every day.

The eight player squads are more fulfilling for me than the four player teams that the game is normally built around. I love the idea of being able to mix it up with legitimate group tactics that can put a couple people on defence, another couple into some assault tactics, and one or two more up a flank. Better yet, you can have different vehicles, tactics, and paths to victory.

The world of the game opens up to be so much more when you lose the tightness of the squad of four and give a little bit up to looseness of eight.

I know that eight person squads are possible in custom games, and that events bring them around fairly regularly, but I would love for them to be added into the standard rotations of games. The bigger squad hits a nice balance between what PUBG is trying to do and the, for me at least, much less interesting 50 v 50 mode in Fortnite.