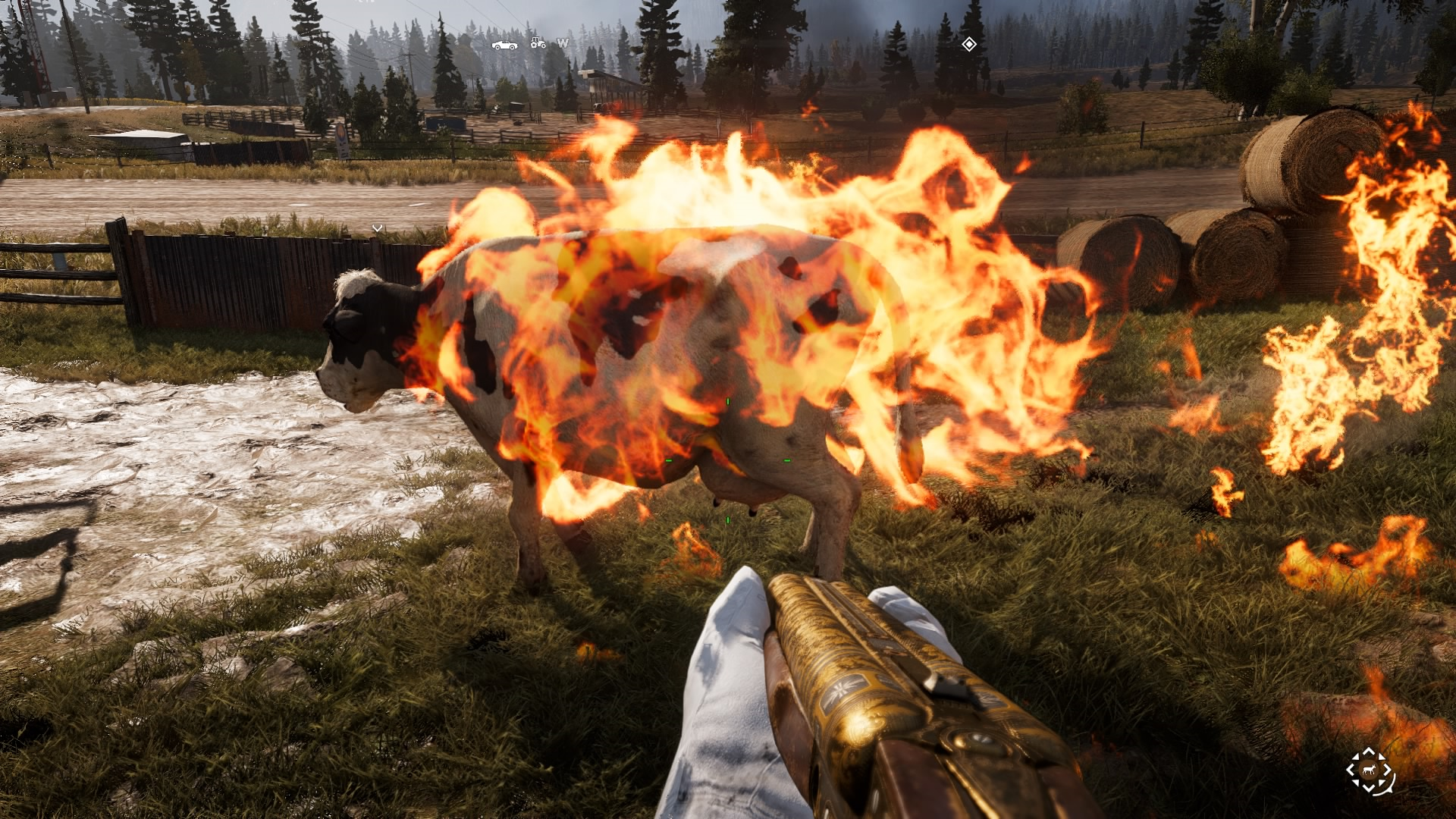 Well Done isn’t a new mission or side activity so much as an additional perk challenge. Like the ones in the game that require you to catch a certain type of fish or skin a certain number of bears, Well Done rewards you for lighting animals on fire without using flamethrowers or Molotov cocktails. Kill 10 animals this way and you get 50 silver bars, the game’s premium currency. Kill 20 and you get a gold-encrusted flamethrower. If the community as a whole, meaning all the game’s players combined, reach 250,000 roasted carcasses, you get the Flamebearer costume: A black jacket, muddy pants and a gold mask. 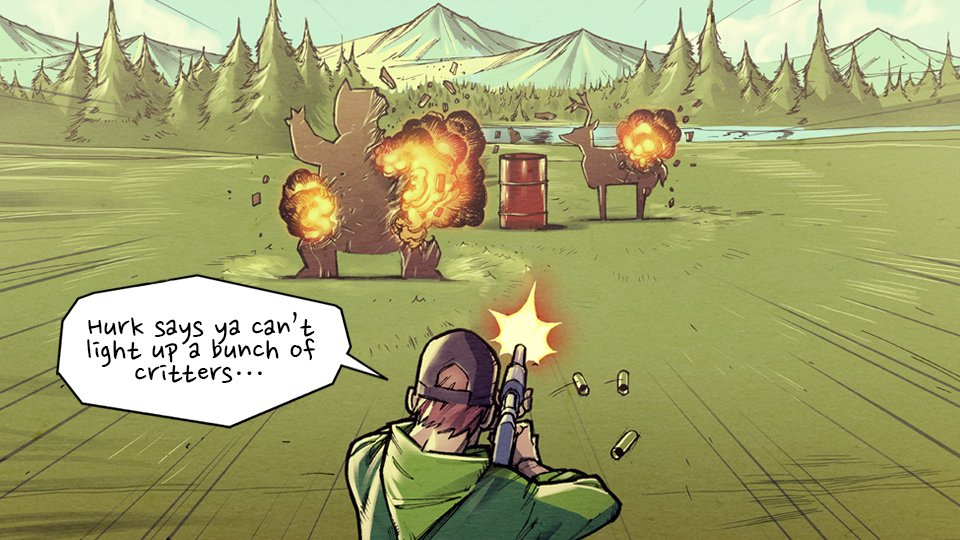 To initiate the activity you open up your character navigation bar and scroll over to Online Activities. From there you can click on the Well Done live event to start the counter. Otherwise nothing in the game changes. As you hit each benchmark a notification will pop up telling you your reward is waiting. The silver bars automatically go into your inventory, while the flamethrower gets unlocked for you to pick up at the nearest arms dealer. There aren’t any quest givers involved, and the activity itself is pretty easy to complete. Just stock up on incendiary arrows and shotgun shells, head to the nearest farm, and get in touch with your inner arsonist. The whole thing took me about 15 minutes.

The main draw of Far Cry 5 is its open world. More specifically, it’s the weird and unexpected stuff you can do in it. I was hoping the game’s first live event would lean into that and maybe introduce a new enemy type or some other activity with a few different layers to it. What I got was a short-lived barbecue. 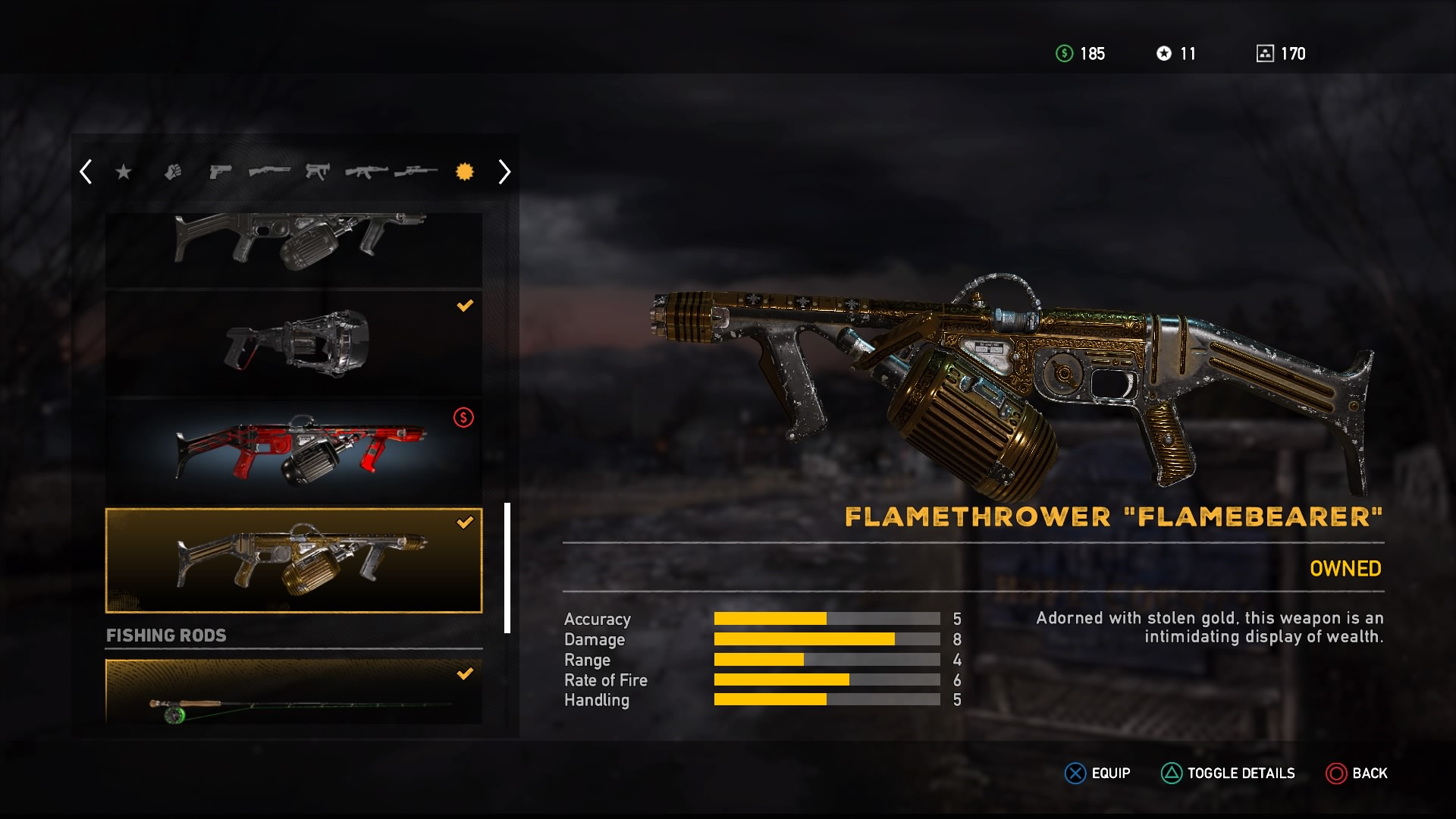 Its rewards also point to one of the weaker parts of the game: The depth of your arsenal. While Far Cry 5‘s weapons feel good, handle well, and there’s a lot of variety on the surface, the bench is pretty shallow within each class of guns. There are a lot of different-looking 1911 handguns in the game, for instance, but none of them really handle differently or have unique stats. They just have more expensive skins. The Flamebearer flamethrower is in the same boat. While its description reads “Adorned with stolen gold, this weapon is an intimidating display of wealth,” it doesn’t actually differ in any meaningful way from the other flamethrowers in the game. The game’s first live event would have been a good opportunity to introduce a new weapon into the game, something with a weird quirk or unique stats. Instead it feels worth skipping.

The Well Done live event runs until April 10, which is more than enough time to burn every animal in Hope County to a crisp.