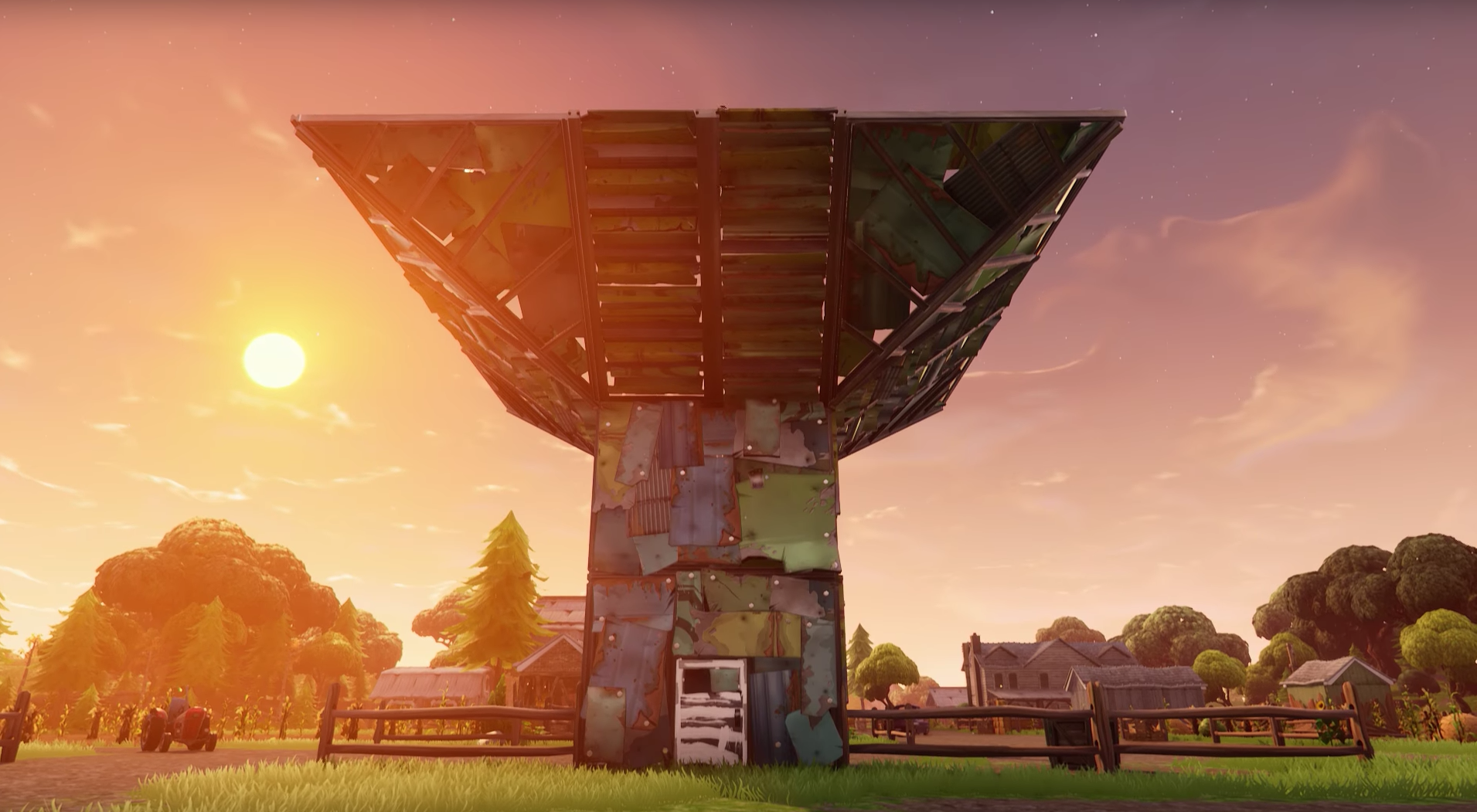 It isn’t easy to make the perfect Fortnite fort, especially in the time it takes to save your butt from 360 degrees of bullets. Earlier this week, developer Epic Games gifted port-a-fort grenades to Fortnite players, which instantly spawn glorious defence towers right at players’ feet. Sure seems like a great way to defend yourself in a pinch – except that isn’t all players are doing with them.


What makes Fortnite a great game is how malleable it feels. It has this “I can do anything” vibe that attracts the kind of minds who enjoy improvising. That also means that a pretty straightforward tool – such as a portable fort – can be used in some unlikely contexts.

But first, let’s start with a basic use:

Port-a-forts are sturdy, tall structures with a bloom of four pathways that allow a player to look out in all directions. Tyres at the bottom let players bounce up toward the top. Port-a-forts give players a lot of good highground and visibility. That way, they can get a leg up over opponents, but also check to see whether there are other threats. It’s also a great way to close distance between two players while staying safe.

Fortnite streamer Ninja found a good use for it – along with the new guided missile. Here, he instantly creates some good highground for himself with the port-a-fort, but only after finding and zeroing in on an opponent:

Here’s another thought: Port-a-forts are enclosed structures. They have a door, but it still takes a few seconds to get out of one. So it’s totally possible to use one as a trap when opponents are stuck outside the playable area:

How to use a Port a Fort correctly Lolll pic.twitter.com/7jlPlUZ9lN

I would never have thought of using the port-a-fort grenade like that.

Another thing is that, since port-a-forts are so tall, they can negate fall damage. If you’re a freak like me who likes making so-called stairways to heaven, port-a-forts’ instant bouncy tyres might come in handy if you fall:

Using a Port-A-Fort to negate fall damage from a skybase. #Fortnite

I’d like to commend these guys for turning port-a-forts into what looks like a creative art project that doesn’t have a ton of practical use:

Port-a-forts are also pretty destructive. Toss a port-a-fort grenade into a house and it savages it. It can mess up opponents’ hideouts pretty bad, which can create openings for players to surprise them:

You can also totally wreck another person’s base in proper all-your-base-are-belong to-me fashion:

I’d tell you my favourite use of the port-a-fort, but the problem here is that – well – I have not yet encountered one.