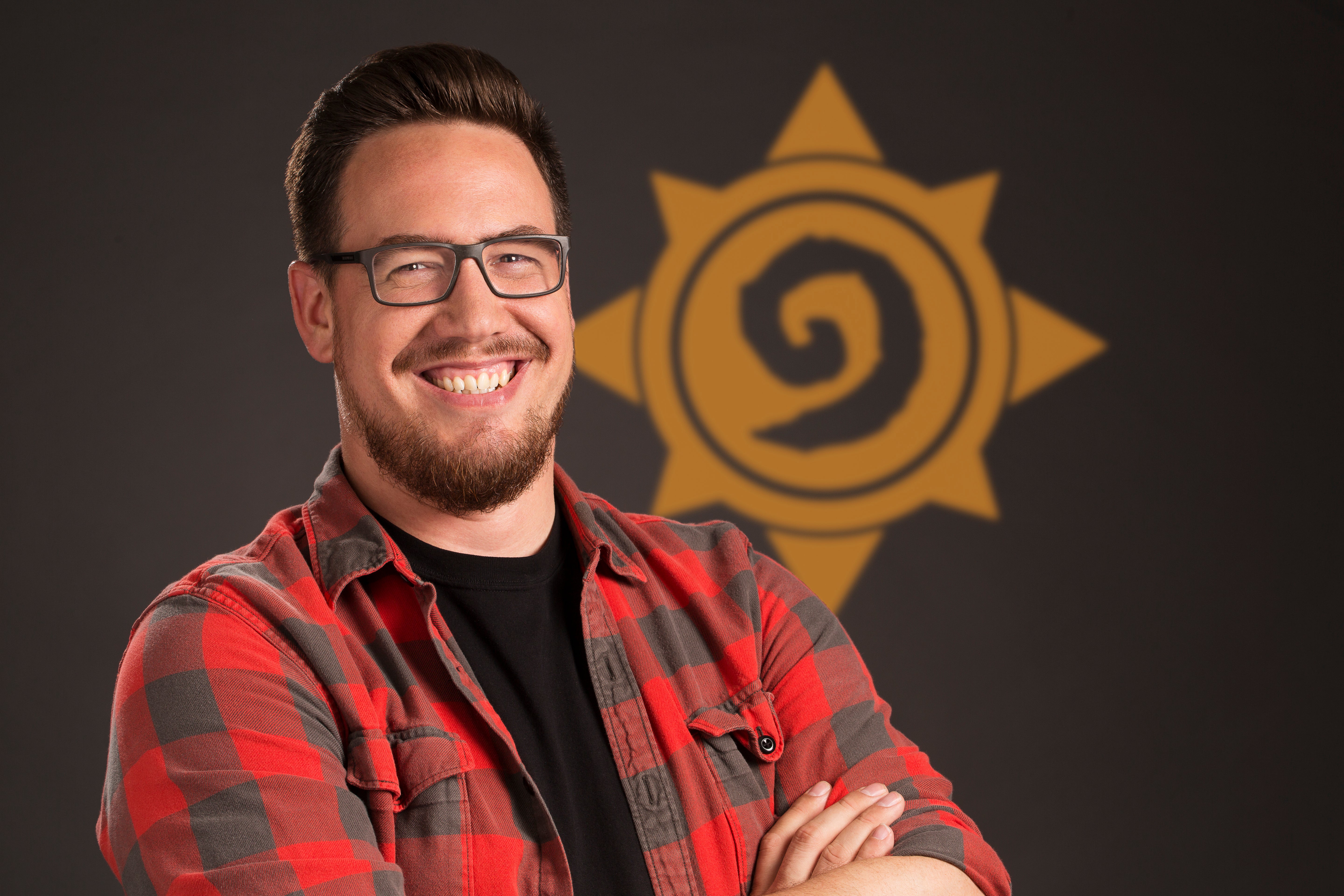 Hearthstone director Ben Brode announced today that he would be departing his job at Blizzard and plans "to help start a new company". Brode's departure comes as a shock to Hearthstone fans; the game designer has worked for Blizzard since 2002, starting out as an entry-level game tester before moving up the ranks and becoming one of the best-known and most popular faces of Blizzard's games.

Brode's job often would thrust him into the spotlight, but he seemed to enjoy it. He responded to fans' demands for more Hearthstone music by recording a rap song about the game. At PAX East earlier this month, Brode told us that he actively enjoyed hearing fan feedback on Twitter and Reddit, even the negative feedback.

When asked about whether he enjoyed being "the face" of Hearthstone, Brode insisted he delighted in his public-facing job: "I do really like it. I think I am weird and different, though. Like, when I go home after work, I spend my time on Reddit and Twitter, engaging with people. It's what I do to relax. I don't think most people do that to relax."

"You know, it's weird," he went on, "because I get a lot of credit by being public-facing that I just don't deserve. I'm one of the 80 people on the team. So that feels bad to me. But I do like engaging with fans and talking about the game that I love. So that's very rewarding."

Brode reiterated some of those sentiments in his goodbye letter on the Blizzard forums:

I get too much credit by virtue of being a public face, but the 80+ people on the development team are still there, and they are the ones actually making the cards, brawls, events, missions, and features. I am confident the game is in the best possible hands, and I'm excited to see where a new generation of leaders takes Hearthstone from here.

Back in January 2017, he posted on Reddit about how the job had its pitfalls, saying "there is a lot of harassment that comes with being more public" and emphasising that fan feedback should "stay constructive… we need to stop letting the really toxic posts stew".

But that's just about the only sign that Brode had ever given of not enjoying running Hearthstone. Just a few weeks ago, he said that The Witchwood expansion included "the craziest card" the team had ever made, and sounded pretty happy and fulfilled.

Even though reading every single reply and forum post from angry fans sounds like Hell, it doesn't sound as though that's what drove Brode to leave. (We reached out to Brode and haven't received a reply yet.)

At the end of his goodbye letter, Brode revealed some of his current discomfort by writing that he's "looking forward to designing, programming, and actually creating things again".

By moving to a job at what he described as a "scrappy" startup, Brode's new gig will be a radical departure from his current experience as a game director for one of the world's biggest game companies. Until this new startup ships their first title, Brode won't need to put out fan fires on Reddit or record rap songs.

In other words, Ben Brode is about to become much less public-facing, whether he likes it or not.