final fantasy ximmorpgpcshroud of the avatar 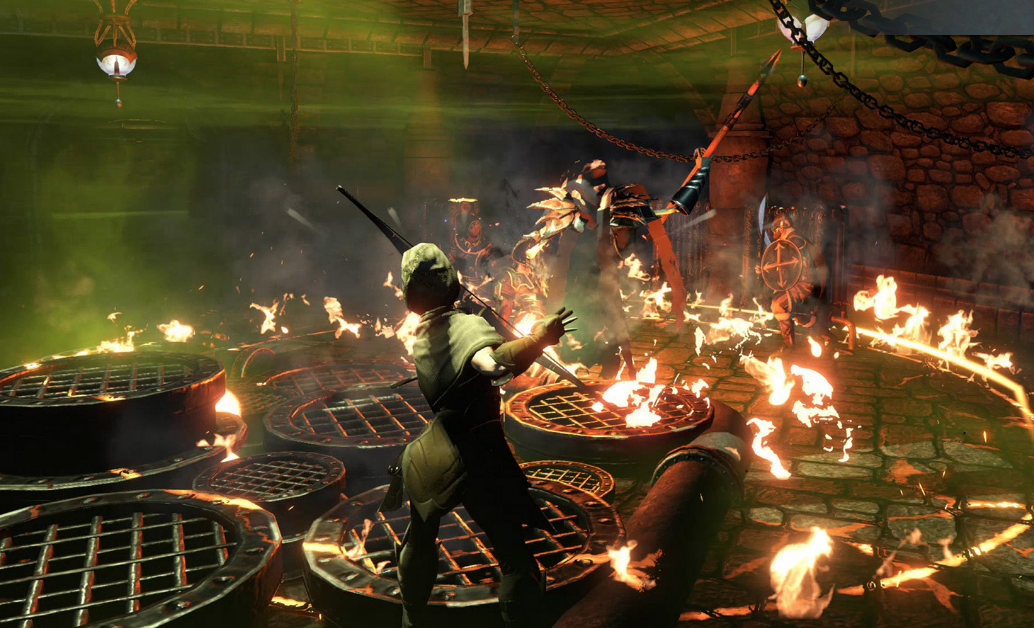 “When will MMOs return to their glory days?,” I’d ask whenever the genre of /whispers and warlocks came up in conversation. “Just look at these MMO youngsters fast-travelling across an entire world when, back in 2005, I had to run across five zones for two hours to get where I wanted — and if I died along the way, I’d have to do it all over.” The grind made every bit of progress so sweet, I’d tell myself.

Shroud of the Avatar

This week, an MMO in the style of the classics left early access. Nostalgic for the so-called glory days, I gave it a go. Shroud of the Avatar: Forsaken Virtues is a fantasy MMO designed by Richard Garriott, creator of 1997’s groundbreaking online role-playing game Ultima Online. It’s a return to Garriott’s “innovative early work,” reads Shroud of the Avatar‘s Kickstarter page, which raised nearly $US2 ($3) million to make the game.

Five hours in, Shroud of the Avatar taught me that it’s not a return to MMO’s glory days I want, which may be as much on me as it is on the game.

Shroud of the Avatar wasn’t necessarily going to take me back to the specific MMO glory days I was looking for, but I was eager to try it. When I say “glory days,” MMO-heads know what I’m talking about: Mid-’00s Final Fantasy XI, Guild Wars, early World of Warcraft. There were years when basically the only thing I enjoyed was playing Final Fantasy XI. Why? It didn’t have mind-blowing graphics.

Its combat system wasn’t challenging, innovative or high-stakes. And it certainly wasn’t because it was it was easy to make progress. FFXI‘s wondrous zones — a mushroomy forrest, a sprawling ice castle, a glowing sky city — kept me curious. Its punishing grind made each small victory a celebration. Its community, back in 2005 or so, was tight-knit, ever-helpful.

There were rites of passage, like running to the Jeuno zone for the first time — an hours-long undertaking, that almost certainly required a friendly human guide to ward off aggressive monsters.

New MMOs tend to be so slick. Publisher Square Enix smoothed down FFXI‘s rough edges with the MMO’s 2013 incarnation, Final Fantasy XIV: A Realm Reborn. Its character creator is exceptional. Its tutorial is thorough. It’s effortless to figure out where you’re going, how to get there, who to talk to. The game’s graphics are beautiful and its systems coherent. Yet, I was struck by how low-stakes everything felt, despite the game’s overwhelming beauty and ease-of-play.

Playing it with my MMO-loving friends, who whiled away their childhoods in a similar fashion, FFXIV and its modern MMO kin feel a little heartless.

Shroud of the Avatar has heart and does feel like a throwback to at least one past MMO age. The player, an avatar in a medieval fantasy world, learns of a new evil that’s overtaking New Britannia. It’s a divided world, rebuilding after some cataclysm years ago. Its people are slowly developing mechanical technology, a fun insertion in the traditionally-styled MMO.

After an Oracle determines the player’s class, she travels across the world, learning of the growing evil and fighting its ever-stronger incarnations. In Shroud of the Avatar‘s online mode (there’s an offline one, too), you and a couple hundred players develop your Virtues to ward off evil. It sounds like a “glory days” MMO, looks like one, and plays like one, too.

Combat is a pretty basic auto-fight with a few extra skills thrown in — although you can opt for a deck-building mechanic for their skills. Looting a corpse means clicking on a dead body and taking their money and items. Talking to NPCs, you can ask them more questions with a keyword system (a la the Ultima franchise) that sometimes works and sometimes assigns you quests you don’t want.

Players can also type whatever they want to NPCs, but whenever I did that, the NPCs responded something a little nonsensical. If you die, you have to wait about four minutes to respawn unless somebody resurrects you. Holding a torch means not holding a shield.

I appreciated how dedicated Shroud of the Avatar was to accessing the retro style of its predecessors. In practice, I felt like I’d played this game before, years ago. Although its story is filled with unique plot points and world-building details, I didn’t feel a desire to continue the game. Shroud of the Avatar felt all too familiar.

Is a return of MMOs’ so-called glory days what I want, or do I want there to be new glory days? A decade after binging on the MMOs of the time, perhaps it’s time to admit my tastes have changed. Top-tier graphics can sell a game, I admit.

Unique combat mechanics and a fresh world (preferably not medieval-style fantasy) might whet my palate to figure a game out. Perhaps once MMOs stop trying to recapture their own ghosts, we’ll see something really special.