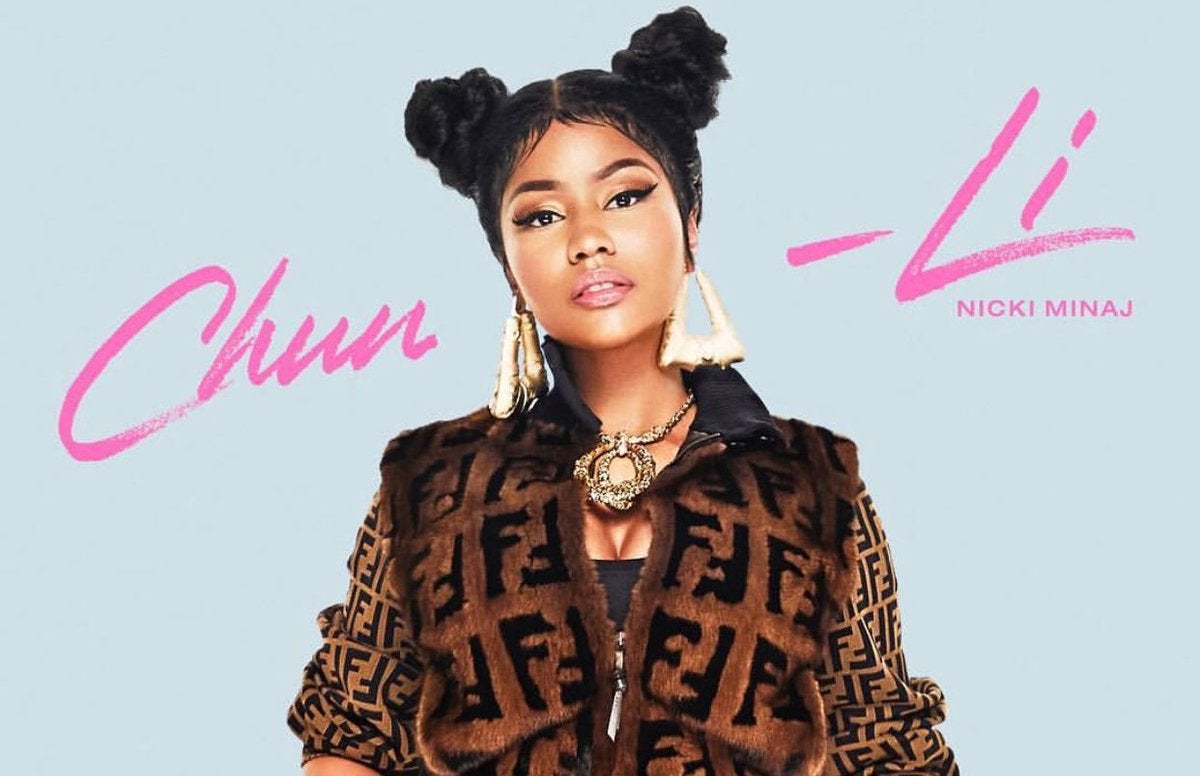 Nicki Minaj just dropped her new track “Chun Li” during an interview with Zane Lowe on Beats 1. It isn’t bad, although I am concerned that she thinks Chun Li is the villain.

Nicki hasn’t recorded much solo music recently, and a lot of her features on other people’s tracks have sounded like she’s been asleep. While “Chun Li” doesn’t reach the high heights of “Itty Bitty Piggy” or even “Super Bass”, it’s a respectable showing, and I’m into the beat. Given that she apparently finished recording this track yesterday, I’ll give her some props.

“I played the beat at like three, four in the morning. I was about to go home. I had worked all day, I hadn’t slept for days probably. And this was only two days ago, and my producer texted me to come in,” Minaj told Zane Lowe before she premiered the track. “He played me a bunch of stuff, I heard this one and I was like ‘OK’, and I went in the booth. All of the melodies you’re about to hear, I did them in five minutes in the booth.”

The song is named after Chun Li, a Street Fighter character that, like Minaj, is known for her thick thighs. Chun Li is not, however, a villain, and in the line where this character is referenced, Minaj seems convinced that she is. “They need rappers like me,” she says during the bridge, “So they can get on their fucking keyboards and make me the bad guy, Chun Li.” Chun Li is actually a pretty clean-cut cop character, but OK Nicki, go off! She also says she’s “been off, Lara been Croft,” after basically listing out all the designer clothes and luxury cars she owns, and that reference tracks a little better.

This isn’t the first time Nicki has gotten a little nerdy – she’s decked out in Wonder Woman cosplay on the cover of her third mixtape, “Beam Me Up Scotty”. She’s usually a little more accurate than this, though. Onika, if you want to get more familiar with Street Fighter I’m sure there’s a fight night in New York that would love to have you.