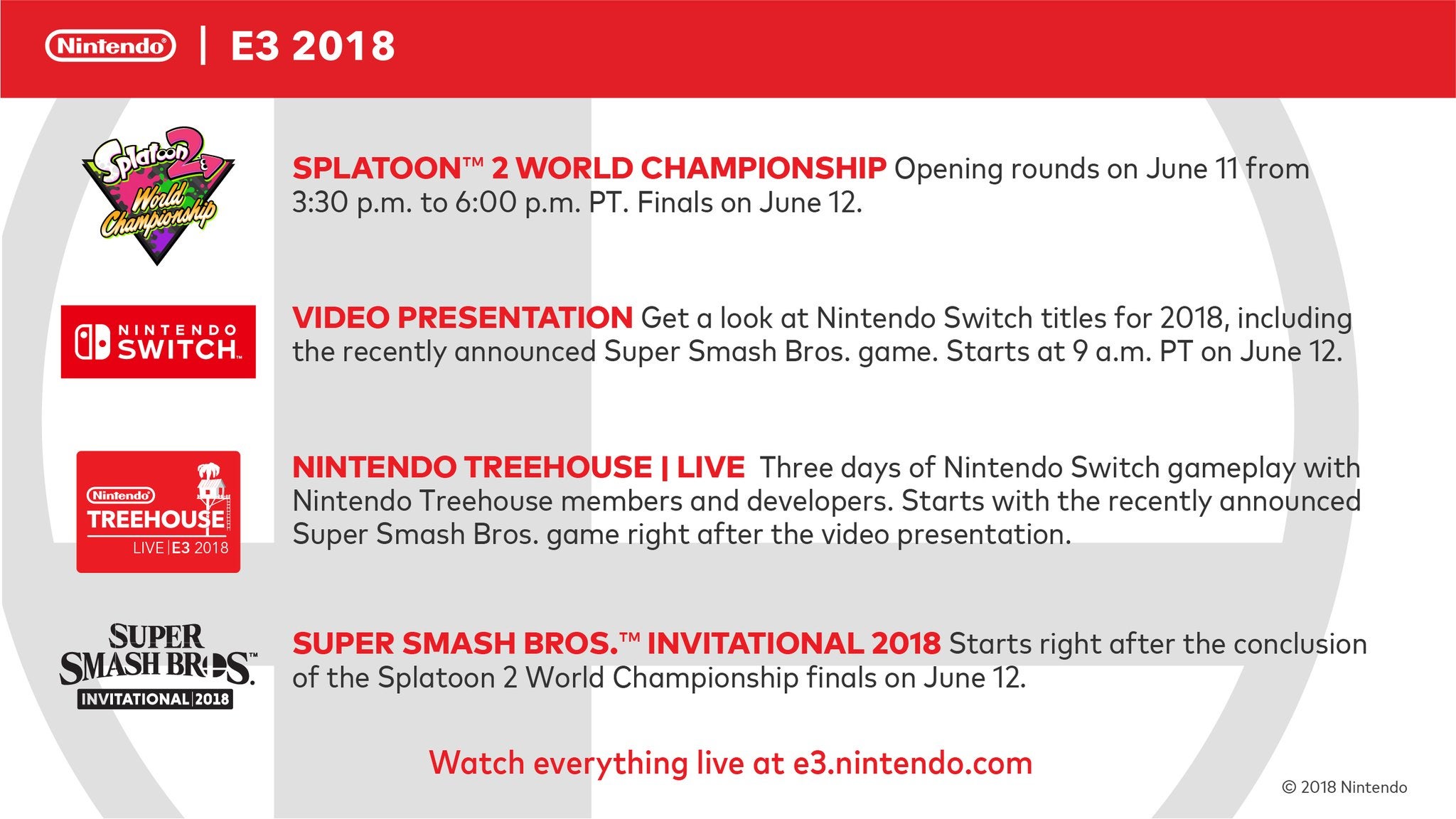 Earlier this week, Kotaku announced the E3 2018 press conference schedule. At that time, Nintendo had yet to reveal its plans. Now it has.

As in previous years, Nintendo is doing a video presentation, which can be watched live at e3.Nintendo.com. It will begin on June 13 at 2AM AEST.

Join us during #E32018 for tournament coverage, gameplay with Treehouse | Live, and a video presentation focusing on #NintendoSwitch games coming this year, including Super #SmashBros! https://t.co/7Kiz5KkcW5 pic.twitter.com/2vpvUsHhIr

There will be other events, such as the Splatoon 2 World Championship on June 13 from 8:30AM to 11:00AM AEST. The Super Smash Bros. Invitation 2018 will begin right after that.