Nobody Understands The People Who Use Discord’s ‘Light’ Theme 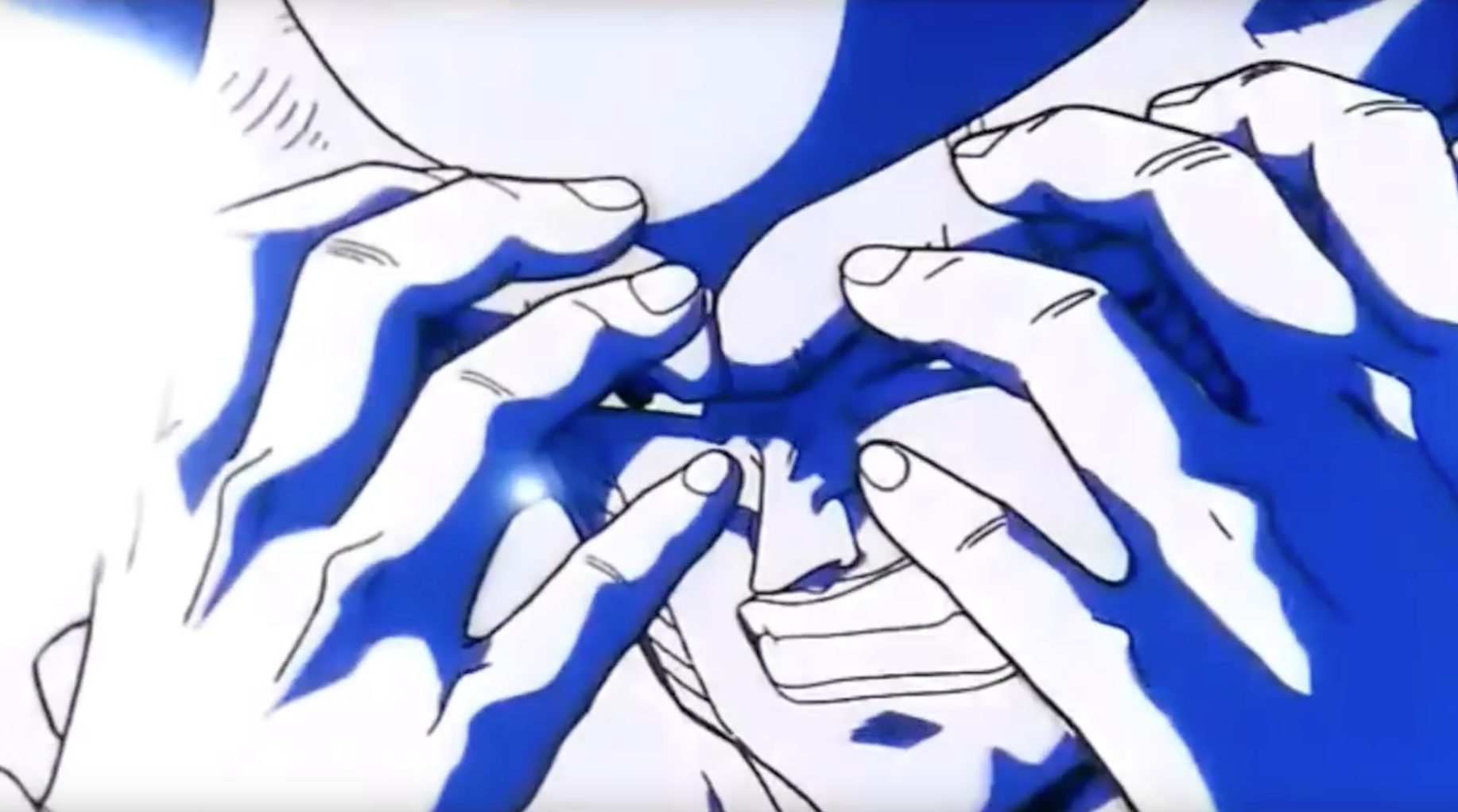 The long, contentious list of things that divide us – dogs vs. cats, Labor vs. Liberal, tomato sauce vs. mayo – has an entry just for gamer aesthetes. There’s a war among Discord users over whether people who use the gaming chat app’s “light” theme are wicked, infernal hellbeasts or normal humans who like white backgrounds.

Discord’s signature look is dark. On top of a default grey background, users type in white font. Compared to other chat apps like the more office-friendly Slack, Discord’s got a look that appeals to denizens of the night. It also falls squarely in line with the shadowy look popular among gaming apps like Battle.net, Epic Games’ launcher and, of course, Steam.

It turns out that, underneath that doomy exterior, Discord’s got a “light” theme, too. And boy, is it light. Turning it on after months of Discord “dark” feels blinding. It’s a bleached, stark white with medium-grey font. It’s like looking outside your window at a six a.m. sunrise after grinding on Diablo 3 all night. It hurts me:

Of course, there are Discord “light” apologists. Some people just think it’s easier to read (probably, they are the same people who wear sunglasses inside). The great majority of Discord users, apparently, think those people are wack:

People who use Discord's light theme be like pic.twitter.com/eNf2yqa5LP

Theres at least one person out there using discord light mode and that scares me.

me: uses discord light theme
me: shows a screenshot
everyone: yells at me. manifest physically in front of me and kick me to the ground 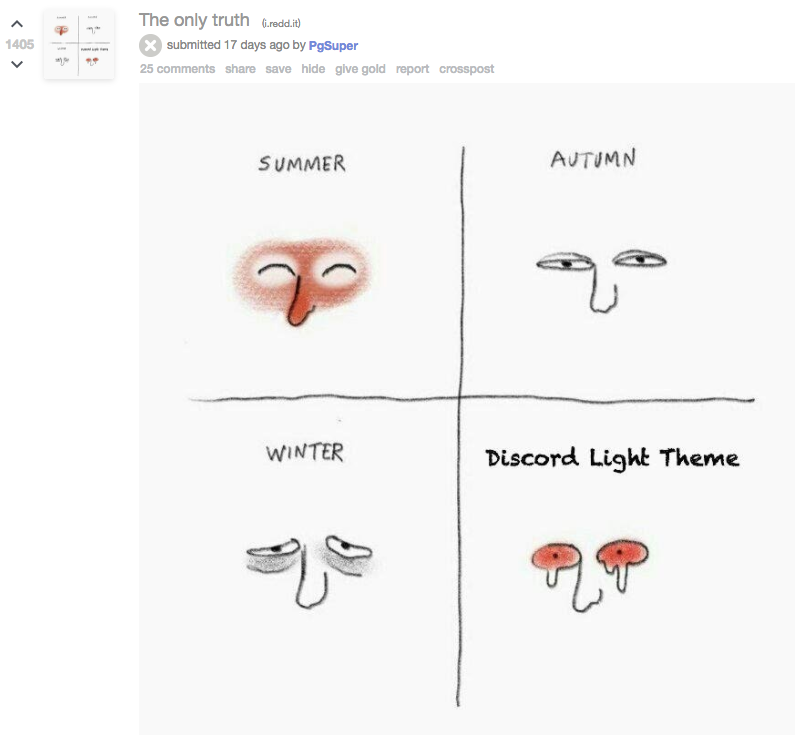 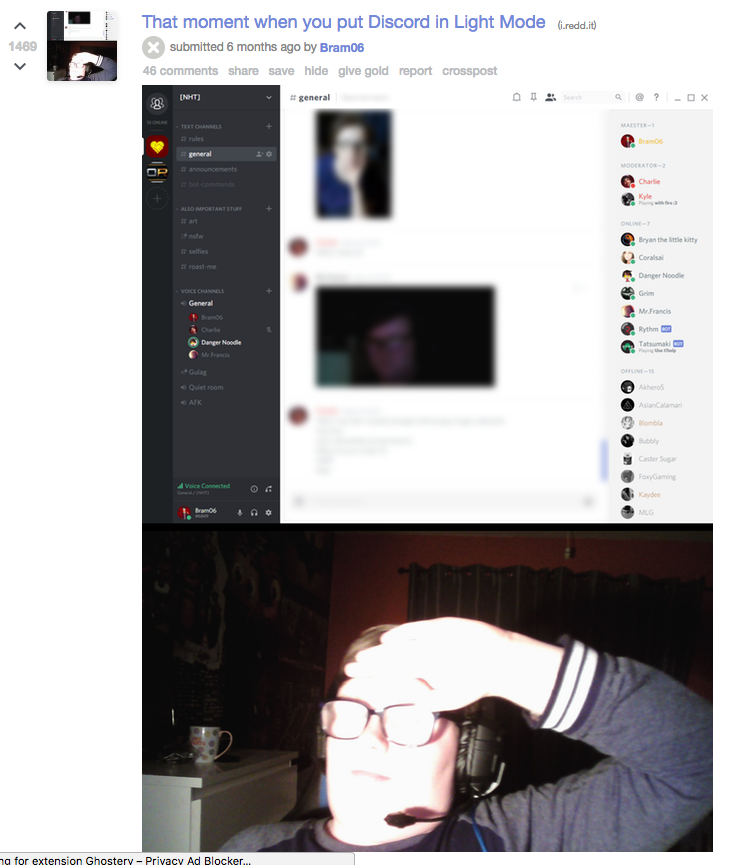 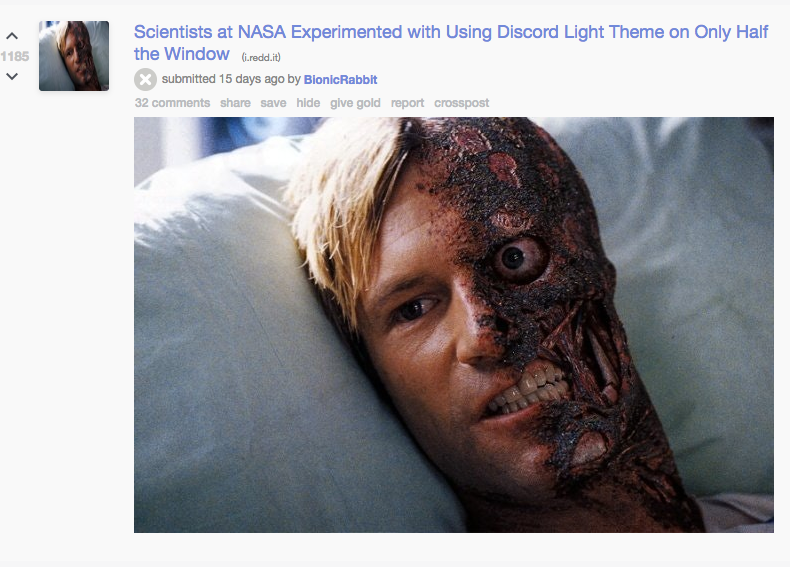 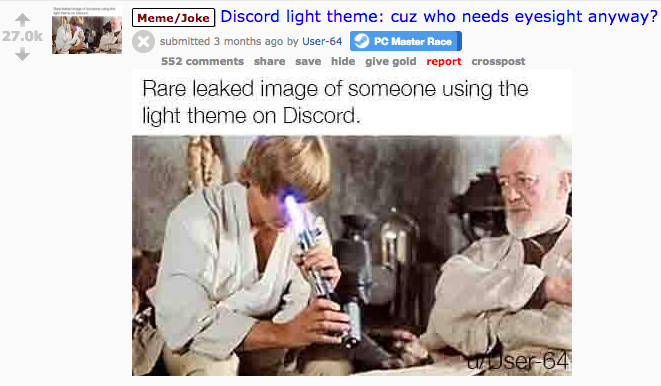 Even Discord is in on the joke:

Sure, someone might ask, “Who cares what colour scheme you use on your private gaming chat app?”. I don’t have a great answer, but I do have the truth: a lot of us.