Overwatch Could Kill Off A Hero One Day, But They’d Still Be Playable 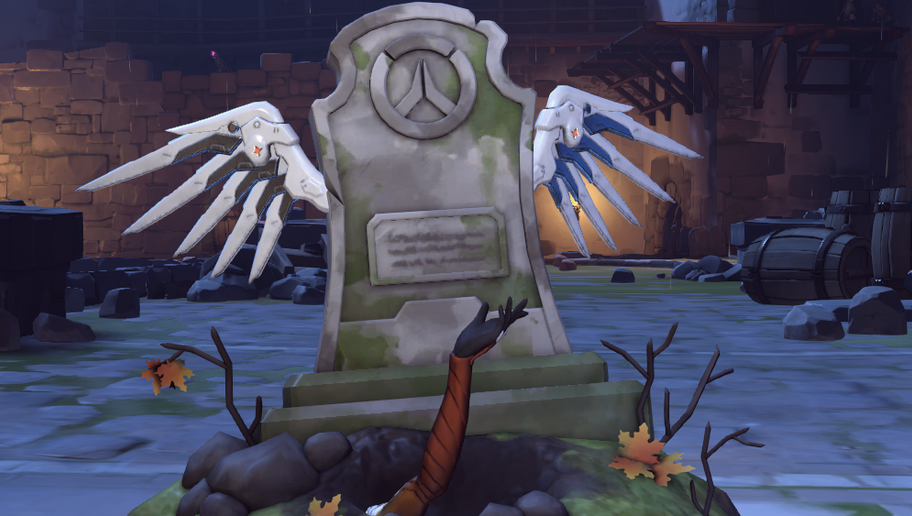 “Heroes never die,” says Mercy on a regular basis. The Overwatch team begs to differ. But don’t worry, says the game’s director Jeff Kaplan – even if an Overwatch hero were to bite the dust, they’d still have a life after death.

Last week, I attended an event at Blizzard HQ to preview the new Overwatch event, Retribution, which launched today. During a post-presentation Q&A, somebody brought up that Overwatch‘s in-game events (and videos and comics) have diligently built out a backstory, but the “current day” plot has barely budged since the game’s Pixar-like reveal trailer more than three years ago.

In response, game director Jeff Kaplan assured the group that more juicy helpings of plot are on the way, but noted that the team has to earn those moments first. As an example, he pointed out that killing a character probably wouldn’t be very impactful for the majority of players right now. “It wouldn’t mean a lot if we killed off a character at this point, because you didn’t know a lot about them,” he said, explaining that historically-focused events such as Retribution give characters like Reaper – who actually isn’t dead, despite dressing like death incarnate – arcs that will pay off in the future.

Would Blizzard really kill an Overwatch hero, though? Permanently? During an interview later that day, I asked Kaplan. “We get in arguments about this all the time on the team,” he said. “Can we kill a character? If we kill a character, who would it be?” It’s possible, he said, but with one big caveat: If a character “dies” in the story, they will still be playable in the game. “We will not remove a hero from the roster,” Kaplan said. “No one has to worry about that.”

As for how a death would impact the game, Kaplan pointed to a non-hero character: Widowmaker’s husband. His wife made herself into a widow by killing him, but the upside of Overwatch‘s tendency to hop timelines as though they’re lanes of traffic is that “dead” characters can still become story mainstays.

“There is room for people in canon to die,” Kaplan said. “We’ve already kind of established that with some characters like Widowmaker’s husband, Gerard. He’s actually a really cool character you’re gonna see more of in the ‘Retribution’ comic. He’s a core part of this, and he’s not there anymore.”

But Jeff won’t be going full George R.R. Kaplan any time soon. Even after three years of events, comics and videos (not to mention enough fan fiction to fill several thousand Silmarillions), he says that players still don’t really know Overwatch‘s cast well enough for the death of one of them to have a significant enough impact.

“People don’t know who they are,” he said. “They need to know more about their backstories. And it has to be an earned moment, not just something we’re doing to pull at people’s heart strings. It’s a very quick and easy way to get a reaction.”