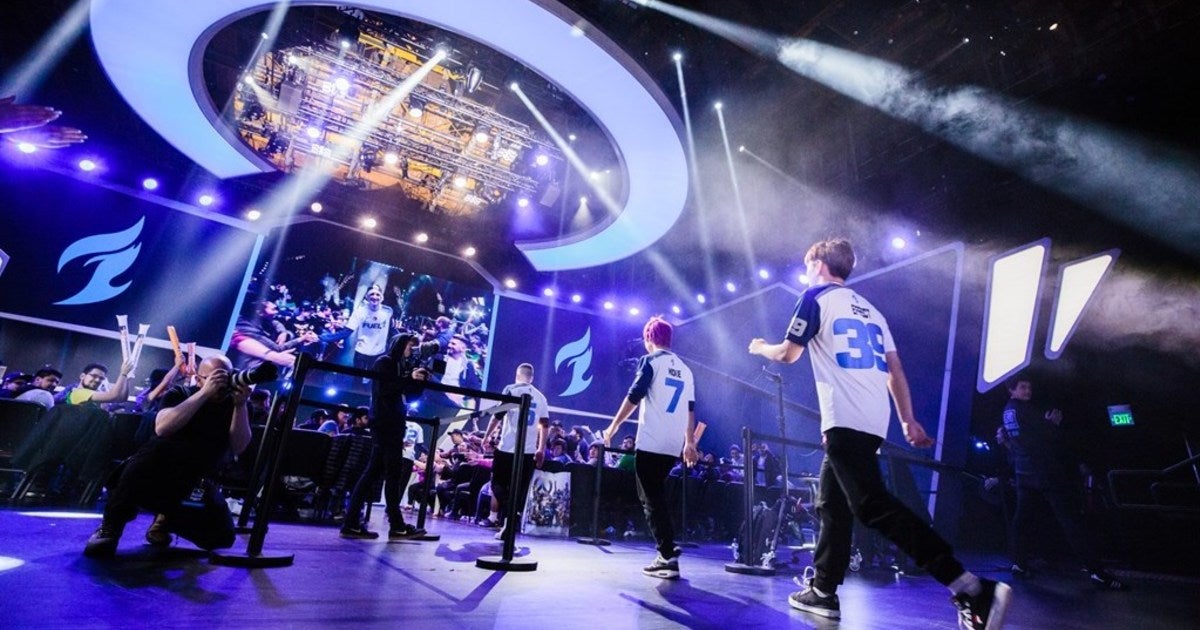 Given Overwatch‘s popularity in Korea, it isn’t surprising that Overwatch League has a separate broadcast with Korean commentary in addition to the regular English one. What is surprising is how much English-speaking viewers suddenly care about it in the wake of the Korean commentary team electing not to mention the name of formerly suspended Dallas Fuel tank Son “OGE” Min-Seok during broadcasts.

OGE got hit with a suspension late last month, before he even played his first game with Dallas. He was benched for four games because, according to the Overwatch League, he’d taken part in “account-boosting schemes” in the winter of 2017.

Account boosting is a process in which one player boosts another’s skill rating in the game’s competitive mode. It’s extremely against the rules, and another OWL player, Philadelphia Fusion’s Su-min “Sado” Kim, got slapped with a whopping 30-game suspension for an apparently more severe account-boosting operation back in November. Sado still hasn’t played.

During the Dallas Fuel matches since OGE’s arrival earlier this month, Korean casters have been talking around saying his name. Caster Jung Sorim even addressed it during a broadcast five days ago.

“Dallas Fuel has really changed since their match against Seoul,” he said according to a translation on Reddit verified independently by Kotaku. “We even said they’re now ‘Changed Fuel’. They certainly changed. Their tank line became very steady and because of that the DPS line also became stronger. However we couldn’t talk about it aloud during the match. Not that we even wanted to.”

It seems as though not only is there some sort of external pressure not to directly mention OGE, the team’s main tank, but the casters don’t particularly want to mention him either. We reached out to Overwatch League for more information, but have not yet heard back.

Ever since word of this practice got out earlier this week, Overwatch League supporters have been fighting among themselves to determine whether or not the Korean casters’ silence is warranted or not.

The biggest kicker of the proverbial hornet’s nest has been English-speaking Overwatch League commentator Christopher “MonteCristo” Mykles, who – on yesterday’s episode of the OverSight podcast he hosts with Duncan “Thorin” Shields – got very angry about some people not saying another person’s name.

“I think that is literally unprofessional of them,” MonteCristo said. “It is your job to talk about the players. You are not responsible for the league’s decision to include these boosters. But as a caster, say the fucking players’ names… If you can’t say the player’s name because you disagree with the fact that they are there and they were previously boosting – if you have such a giant ethical problem with it – quit your job as a caster.”

Monte has since apologised for the “overly harsh language” he used in his critique, but said he still stands behind the “substance” of his message.

Overwatch League fans are split on the issue. Some think that, regardless of context, it’s a caster’s job to cast to the fullest extent of their abilities. One person suggested that this would be like an NFL commentator refusing to say Michael Vick’s name because of his dog-fighting controversy. Though that’s never happened, NFL broadcasters have in the past refused to use the team name “Redskins” because they believe it to be racist.

Other fans, some claiming to be Korean, point to boosting and other things that compromise the integrity of games, such as match-fixing, as huge no-nos in the Korean esports scene, and therefore worthy of some form of protest – such as a refusal to mention the player’s name, perhaps.

The most excruciating part of the whole thing, though, is that all the people who’ve been picking at this issue like an open sore don’t even know precisely why the Korean casters are doing what they’re doing. MonteCristo assumed that it came down to pandering – sparking a discussion with that motivation as its faux-factual foundation – while others believe the Korean broadcast team has different motivations entirely.

“Why is it that people are so hellbent on ‘proving’ that Monte was right for calling them unprofessional,” asked one OWL fan on Twitter, “when actually the crux of the matter is ‘why are they doing this even when it clearly looks unprofessional?'”

Without an explanation of the why, this conversation will just keep going in circles.