Sean Murphy's Batman Continuity Has Its Own Set Of Rules 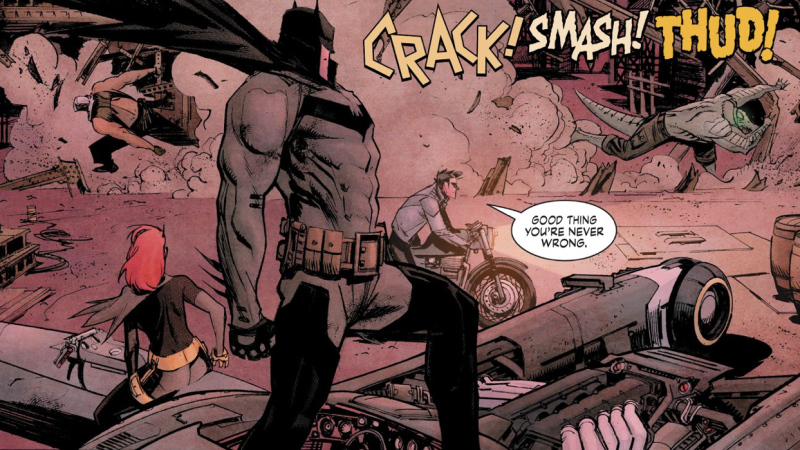 Sean Gordon Murphy, author of Batman: White Knight, has crafted within it his own pocket Batman world, with some substantial differences from the mainline world of the DC Universe, the most obvious one being that the Joker has gone dangerously, uh, sane.

But according to Murphy, there are a few more inviolable rules of his universe, ones that he'll follow if he ever crafts a sequel to White Knight, which is scheduled to end after the upcoming eighth issue. The rules, per Murphy's Twitter, are as follows:

1. When someone dies, they stay dead. Period.

3. No narration ballons, unless it's a voice over in a flashback.

5. There will be at least 1 awesome vehicle in each book.

6. No complicated tie ins to other series or events. White Knight will be easy to get into, whether you read comics or not.

It's a solid ruleset, and it's an interesting mixture of stylistic rules and commercial rules. The lack of variant covers ensures that the comic will be easy to stock, and keep fans from feeling like they have missed something if they can't get the cover they want, while the lack of narration ensures a heavy focus on images and dialogue as the primary drivers of narrative.

What do y'all think? Good rules? And do you want more of the Murphyverse?