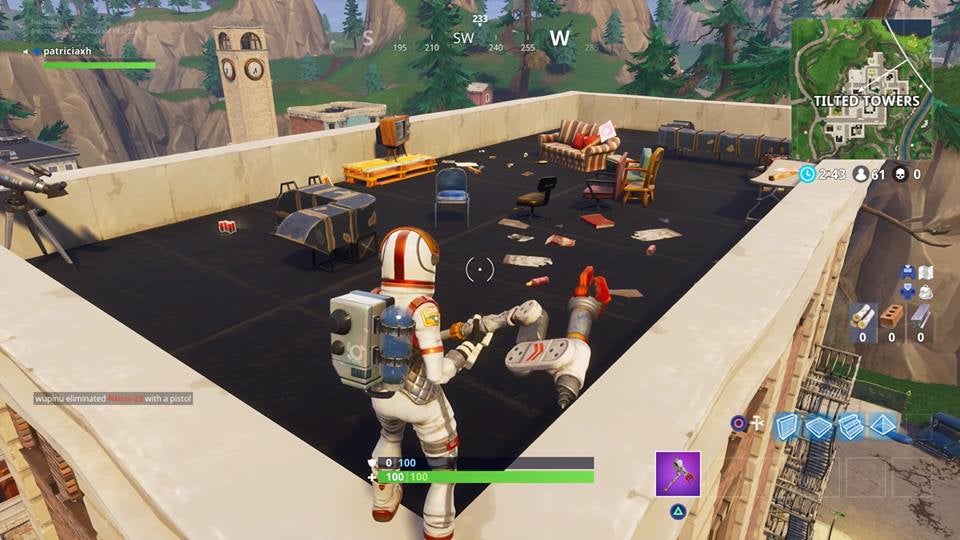 Fortnite just got a big patch, but one of the changes to the game isn’t listed anywhere. To see it, you’ll have to head down to Tilted Towers, where Epic has added some new items on a roof that seem to poke fun at players waiting for the comet event to unfold.


As many of you know, for the last month, there’s been a lot of commotion surrounding comets and meteors in Fortnite. While none of the celestial items have caused impact with the Fortnite map yet, one of the leading theories is that the meteors will hit Tilted Towers, and possibly level that area of the map – or at least change it somehow. Players swear that all evidence points toward this theory: something is going to happen at Tilted Towers, potentially by the end of the current Fortnite season.

Today, anyone dropping into Tilted Towers will see the scene at the top of this post. Epic have arranged items to look like conspiracy theorists are camping up there. There’s a telescope that is pointed right at the comet: 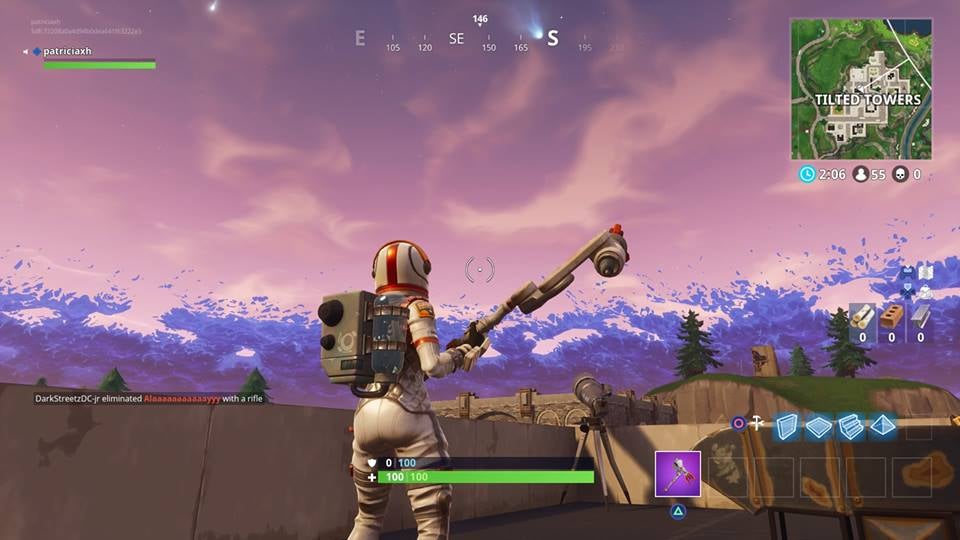 If you look closer, you’ll notice a variety of different signs, some of which are space-themed, while others make it seem like the people waiting want to get hit by something: 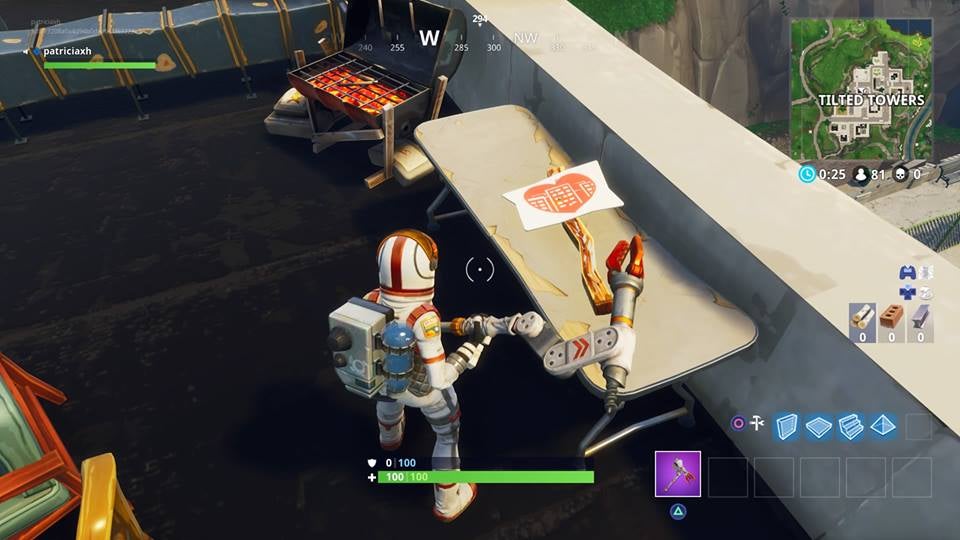 Looks like Tilted Towers inside of an orange heart. 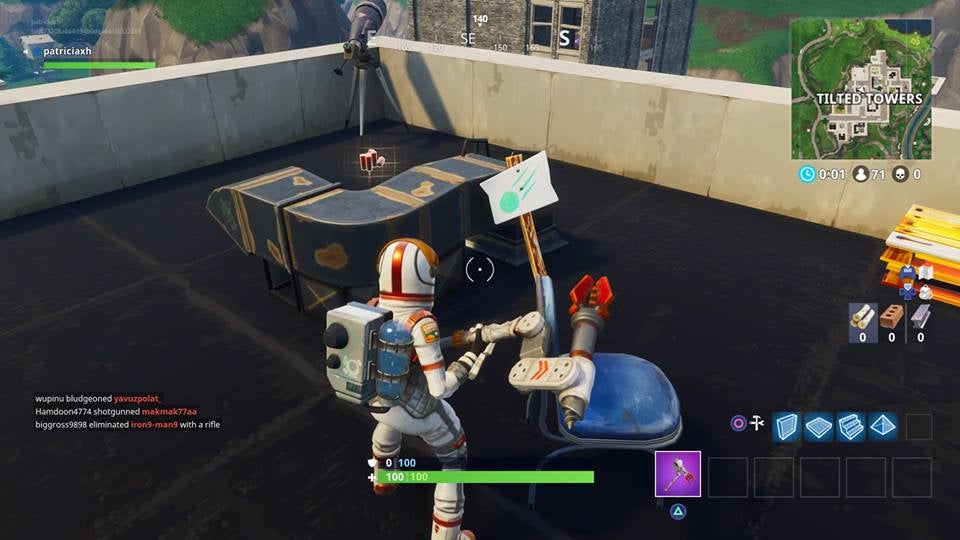 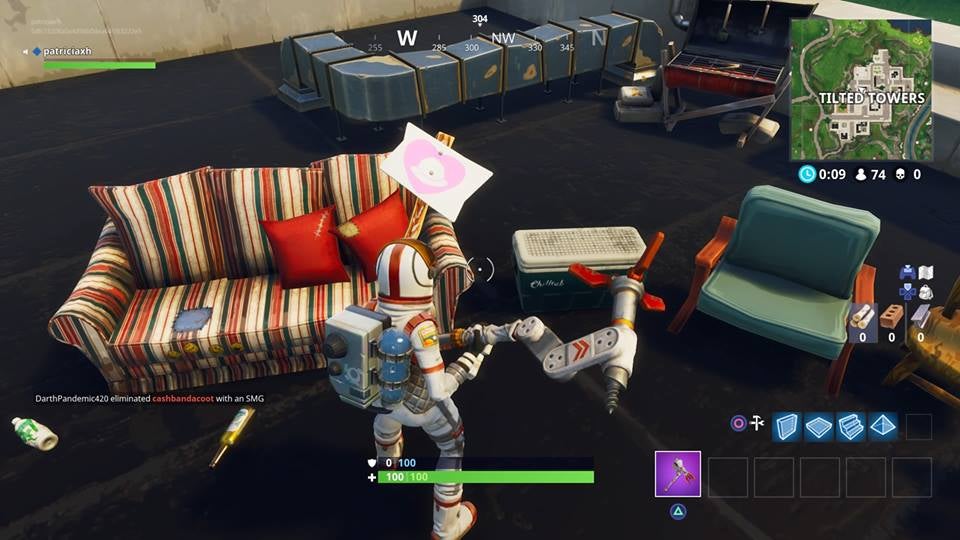 A spaceship inside of a pink heart.

But the sign that makes it look like Epic is poking fun at players is this one, where one hopeful onlooker wrote “TODAY” only to cross it off and write “tomorrow” under it. This appears to be a callback to the day earlier this month, where nearly the entire playerbase was convinced that the Towers would be hit – but nothing happened. 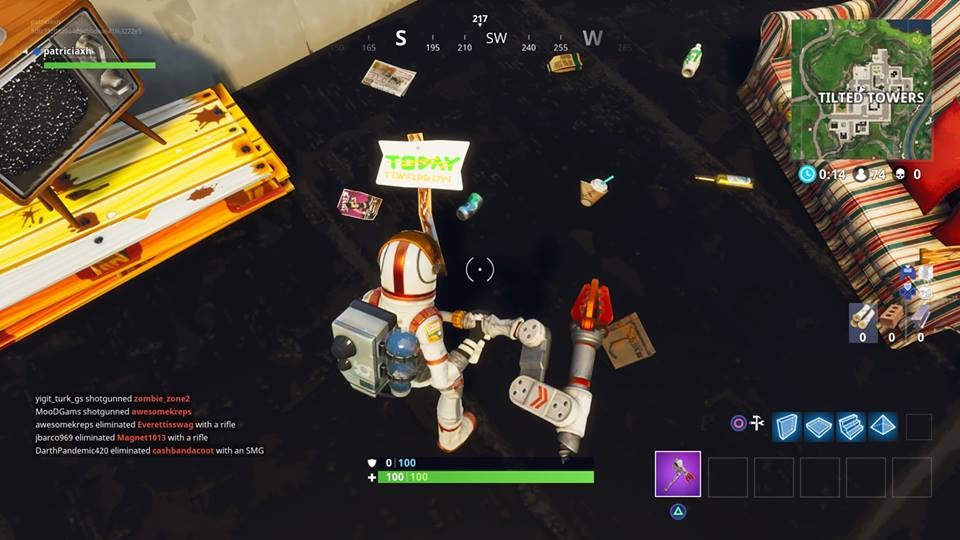 Is it likely that something actually will happen tomorrow though? Maybe, but probably not. For one, the season doesn’t end until April 30th, and that seems like better timing for the conclusion of the entire alien/space-themed event as a whole. The next Fortnite patch seems to be scheduled two days from now, when the new Battle Pass challenges drop. Also, according to dataminers TwoEpicBuddies – who have successfully predicted updates in the past – the comets won’t necessarily be Tilted-Towers specific:

Another evidence that the comet is probably a gamemode. pic.twitter.com/A9PqOs4CR4

Ok found some sound files regarding the meteor (btw. they sound amazing O.O). Seems like they hit the map/cars (thus the playlist name carmine). You can open them like supply drops to gather some loot! pic.twitter.com/6CK1uusWBc

We reached out to Epic to ask about the nature of these signs, but did not hear back in time for publication. But, if nothing else, the general tone of the signs feels lighthearted, as if Epic is winking to Fortnite fans. At this point, with all the hype everyone has built up, they kinda had to do something with Tilted Towers. This might be it.