Seoul-Philly Was Some Sloppy, Weird Overwatch 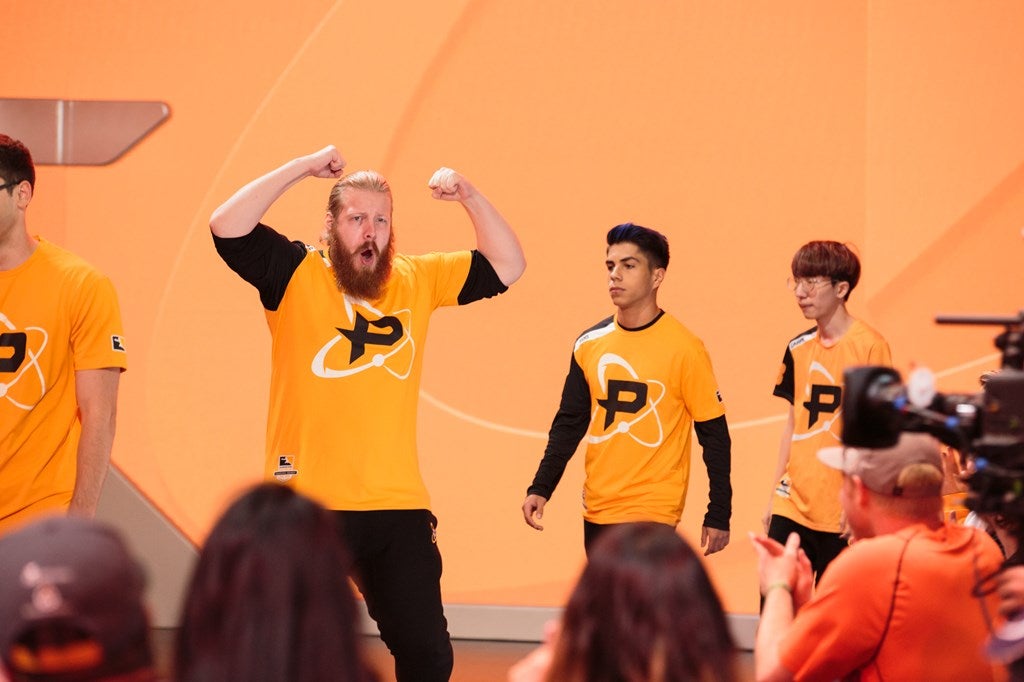 Yesterday’s showdown between slumping juggernaut Seoul Dynasty and season-long punchers-above-their-weight Philadelphia Fusion might have been the first match of its kind in this first Overwatch League season.

On their best days, both of these teams can be extraordinarily good. Seoul slowly but surely dissects its opponents, while Philly’s aggression is fuelled by wild moments from star players such as Lee “Carpe” Jae-hyeok.

Yesterday, however, was not really a good one for either team. Both played hyper-defensively, resulting in a match with only a handful of momentum shifts and a lot of bizarre moments.

Seoul is no stranger to slow starts at this point – they usually take at least one game to calibrate their sensors and then start laser-targeting teams’ weaknesses.

But they looked completely out of sorts during their offence on Temple of Anubis. Tank player Jin-hyuk “Miro” Gong, playing high-flying lightning ape Winston, kept leaping in with little support and getting squashed instantly. The communication, for whatever reason, just wasn’t there.

After stonewalling Seoul on the second point, it really looked as though Philly was on track to dominate when they knocked Seoul’s D.Va player, Jae-mo “xepheR” Koo, out of his mech and then toyed with him for a while, body blocking his hyper-vulnerable out-of-mech form instead of finishing him off:

This was cruel and hilarious, but there is a tactical advantage to doing this. The longer D.Va’s stuck in no man’s land, the longer it takes for a team to regroup and get rolling again.

Somehow, though, despite an ironclad second point defence, Philly still managed to drop Temple of Anubis. With roles reversed, Seoul full-held the no-longer-red-hot team, preventing them from taking a single point while on offence. Philly’s offence went limp as Seoul’s supports healed each other in defiance of Philly’s attacks and Seoul sniper Sang-beom “Munchkin” Byeon lit them up from afar.

Map two, Blizzard World, was once again characterised by listless offence from Seoul, who couldn’t even manage to take the first point with their team coordination nowhere to be found. Philly only did marginally better, taking the first point after blowing an opportunity for a big push with a botched ult from Genji player Josh “Eqo” Corona:

It was a pretty entertaining moment, but it was also hard not to wince a little as Eqo gleefully took Seoul’s bait.

Game three on Nepal was all Philadelphia, with Eqo making up for his earlier Genji gaffe by keeping the pressure on Seoul’s sniper for the duration of the first round.

On map two, Seoul managed to snag the point after a period of Philly dominance, only to immediately relinquish it by getting sloppy and stepping off. Then Seoul flipped it back during a wild melee in which Philly didn’t mind the point well enough, only for Philly to flip the point again and finally win.

This all happened in the span of a minute or so. Even the commentators were baffled.

Trailing 2-1, Seoul needed a game four win on Route 66. They managed to take one point, but then the Philadelphia duo of Simon “Snillo” Ekström on Tracer and Joona “Fragi” Laine on Winston utterly ravaged Seoul’s supports.

But that one point would be all they needed! Once the Fusion was on attack, they flatlined. And just when it seemed as though they’d push past the first point and probably win the map, Ryujehong popped up in vintage form.

Philadelphia’s Snillo tossed a pulse bomb at Seoul’s star support, which should have demolished him, but at the last possible second, Ryujehong activated his own ult, which boosted his health through the roof. Then he ran straight at Snillo with the bomb still stuck to him, taking down Snillo with his own most powerful weapon.

Game five on Oasis began with a strong showing from Philadelphia, who snagged the first map. Then they just fell apart, hardly scoring any percentage points at all on the next two maps.

Seoul mercifully won and ended the match thanks to a heroic series of plays from DPS star Byung-sun “Fleta” Kim, who popped off with headshot after headshot as McCree while dancing away from a rampaging Winston.

To round out the night of weirdness, Philadelphia’s Gael “Poko” Gouzerch hosted a Q&A in which he revealed his most potent non-Overwatch talent. It was this weird fucking throat thing:

I don’t know what to say to that.