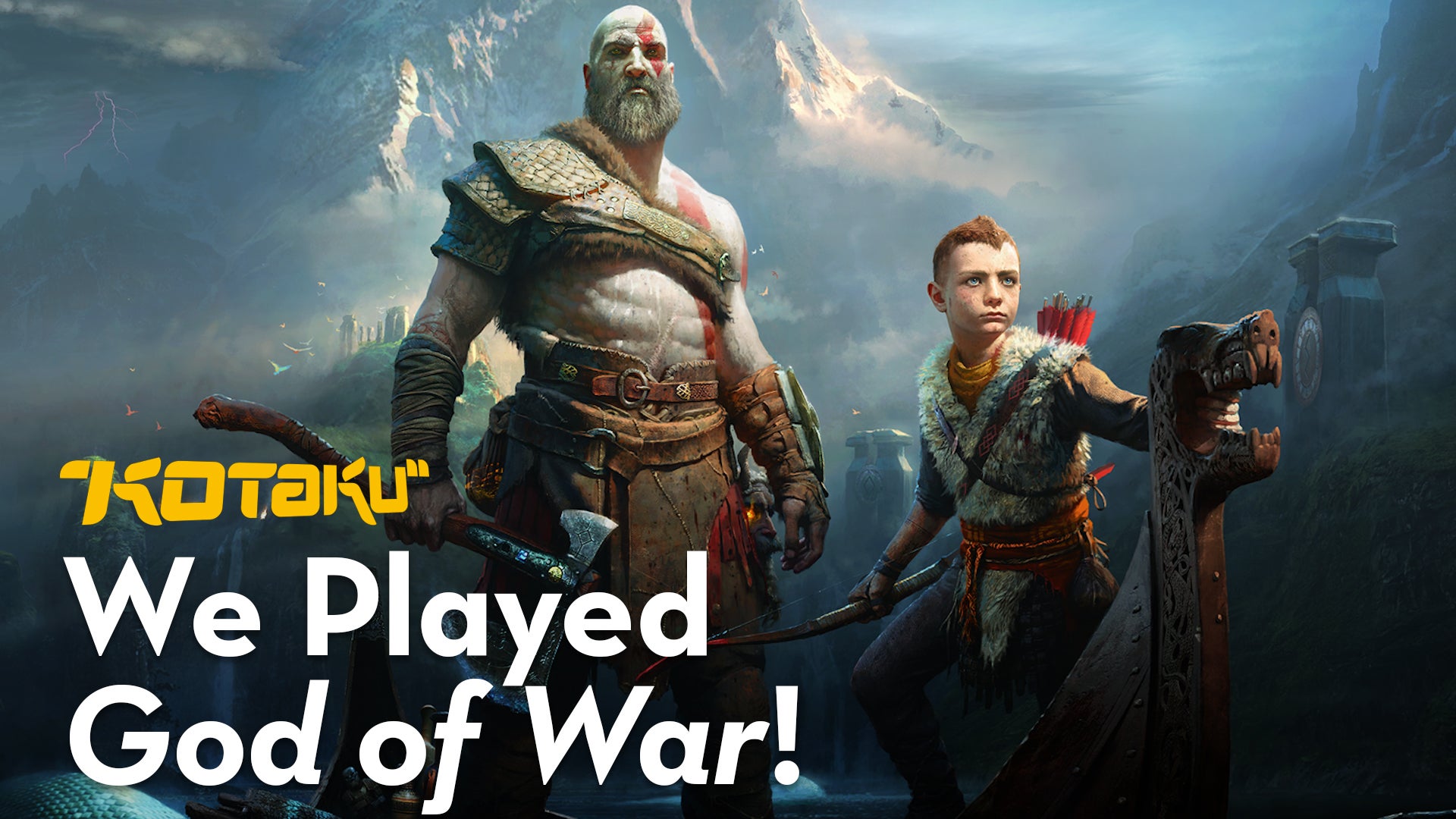 I played the new God of War game for about 50 hours. Wow! What a great game! Then I spent about 50 hours editing this 20-minute video in which I tell you how much I love the game. Warning: there are some little spoilers in the video (not in this post, though).

The first chapter of my video spoils the title screen and a couple plot details from the first five minutes of the game. The rest of the video lingers on no plot details, though I do show combat in an environment that you won’t see until about four hours into the game. Ah, heck, I just spoiled that the game is longer than four hours.

So if you consider those spoilers, maybe don’t watch the video. Or, uh, just mute the video and let it play in another tab, so the people who pay my rent can collect all the delicious ad dollars.

I’ll be perfectly honest: I wouldn’t watch this video if I hadn’t played the game already.

I’m a huge baby when it comes to spoilers. Everything is a spoiler to me. I go out and use the bathroom and then stand in the theatre lobby for about ten minutes during the previews before a movie if I’m scared that a preview for a movie I’m interested in is going to play. I managed to see Star Wars: The Force Awakens without even seeing the poster.

I was about this excited for God of War. When Sony presented me the opportunity to play the first hour in the company of director Cory Barlog last month, I sort of wanted to say no, because I wanted to preserve the experience for my dark living room. My desire to make a video about it won out. 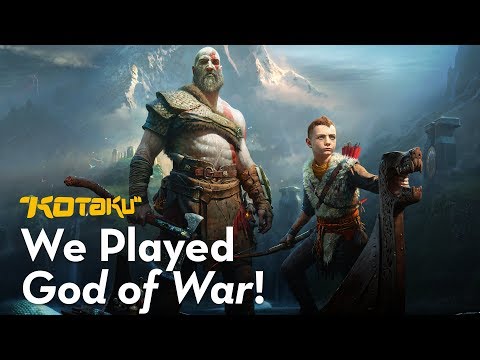 On a snowy day last week, in a fancy hotel suite in Manhattan, I controlled Kratos in his newest PlayStation adventure. The new God of War is out in a month, yet the public has seen very little of it. The game is a drastic stylistic departure from the previous games in the series, so I figured you all might have some questions.

I have enjoyed God of War since its old over-the-top Heavy Metal magazine-inspired days. I love this new, more grown-up God of War now, as a 38-year-old person who grew up rewatching Indiana Jones and the Temple of Doom every day after school for like four consecutive years. Wow. Uh, that’s a messed up movie for a six-year-old to watch 300 times.

This new God of War reminds me of both Indiana Jones and the antique weird fantasy that inspired Indiana Jones. Earlier this year I re-read the entire Conan canon, so this game’s pulpy tone (and gory axe combat) felt like destiny.

I can’t say any more because I don’t want to spoil it for anybody. If you’re even only slightly a God of War series fan, this game is an avalanche of spoilers waiting to happen. So if that’s you, be careful: don’t watch this video. (Until after you play the game, of course.)

Though if you’re thinking that maybe you’re not interested in the game, or you don’t see what the big deal is, feel free to watch this video.

This video is pretty long, I’ll admit. So I’ve divided it up into chapters. Here are some timestamps:

You could watch it while drinking something delicious, or maybe in the company of a friend.