The Most Important Changes Dark Nights: Metal Has Brought To The DC Comics Universe 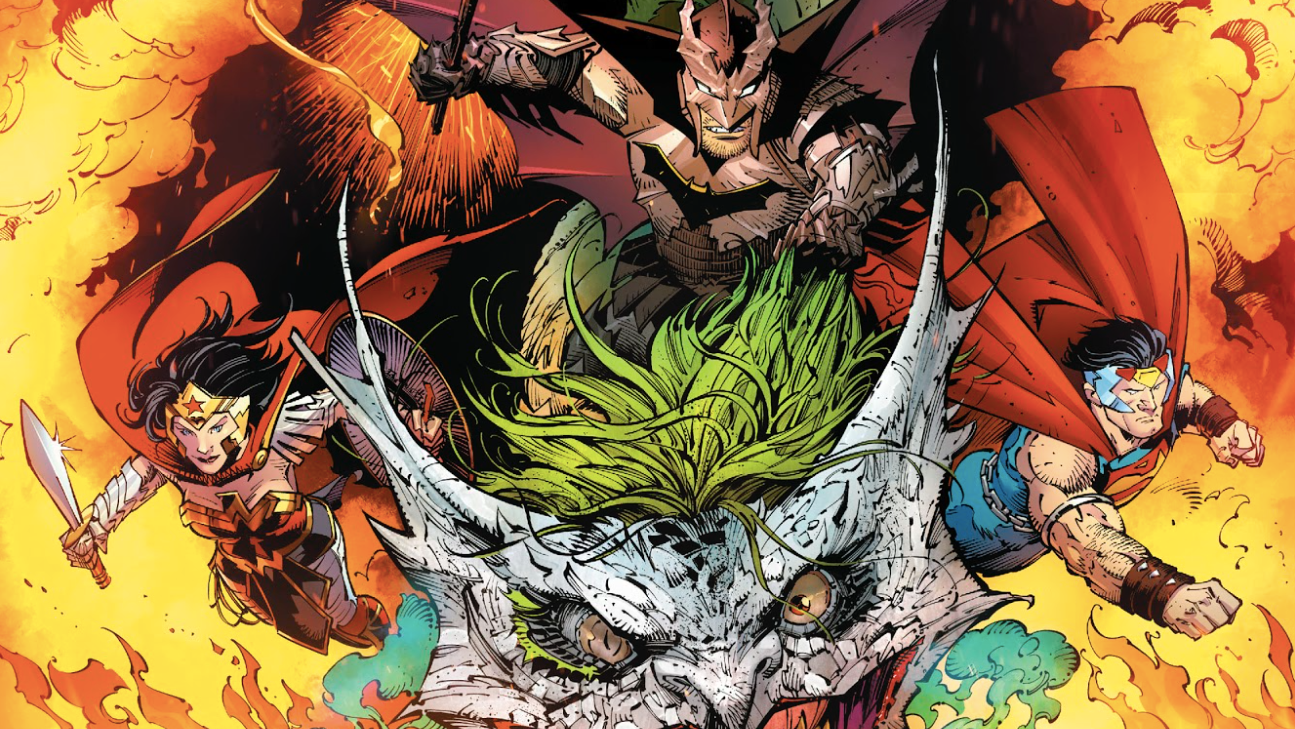 DC Comics’ ongoing Metal event finally came to a dramatic finish yesterday, but the epic ended with a lot more than the defeat of a squad of evil, broken Batmen (and one woman) from the alternate, dark universes devoid of hope. It’s also made some significant developments for the DC comics multiverse that are going resonate in some pretty major ways — and here are the biggest. 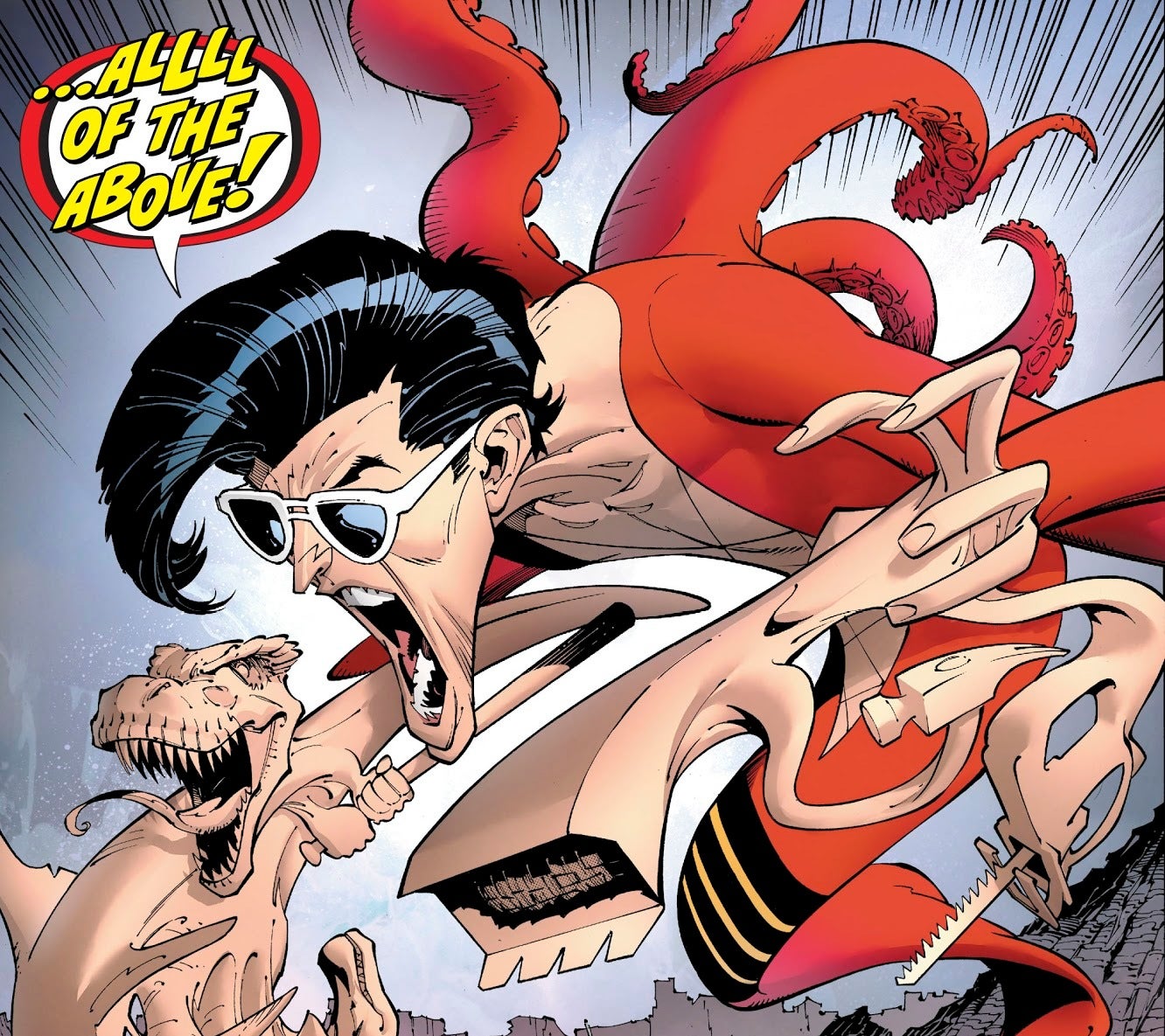 Plastic Man Is Back… and Ready to Kill

Because comic books are weird and series come out of order, it’s not really a secret that Plastic Man’s finally making his triumphant comeback to DC’s books, but his return is notable because of what it means for the character. Snapped out of the coma that left him trapped in an egg-like form, Plastic Man emerges as one of the most important members of the Justice League specifically because of his ability to resonate with various universal frequencies.

When Plastic Man wakes up in Dark Nights: Metal #6, he comes back in a big way — manifesting all of his transformative powers to turn himself into a savage killing machine to take on the Dark Knights from across the Dark Multiverse. 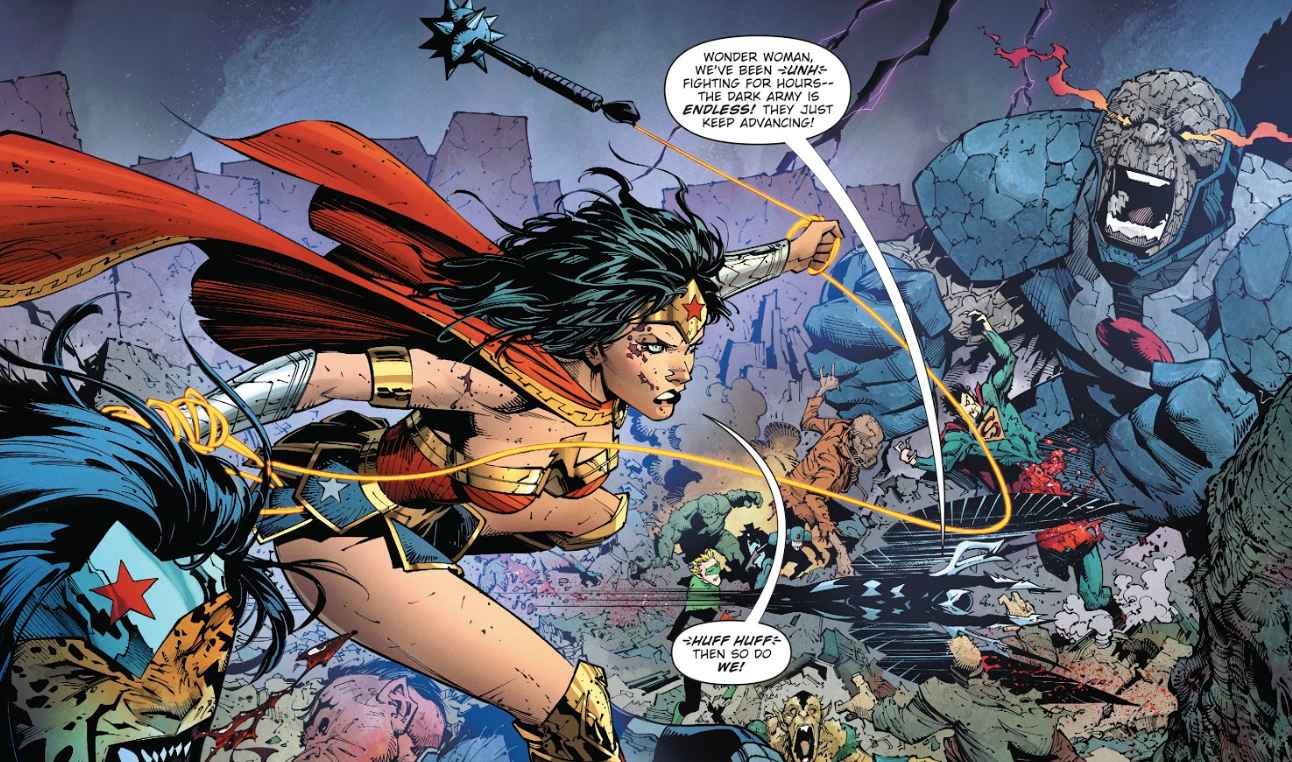 Because Metal was chiefly concerned with breaking Batman down in order to give the people around him a chance to shine, it’s not surprising that Wonder Woman becomes the champion who leads the League to victory.

Over the course of the series, it’s Diana who’s able to keep the most level head and ultimately triumphs over Barbatos — the otherworldly commander of the evil Batmen — setting the stage for leading her own Justice League in DC’s upcoming No Justice event.

Batman and the Joker Became Pals

In the waning moments of Metal, Batman finally goes toe-to-toe with the Batman Who Laughs, his evil counterpart from an alternative universe where he ends up becoming the Joker. Bruce isn’t able to outsmart the Batman Who Laughs on his own — it’s by working with his own Joker that he’s able to take down his doppelgänger and acknowledge the fact that they’re all interconnected even though they might not want to accept it. 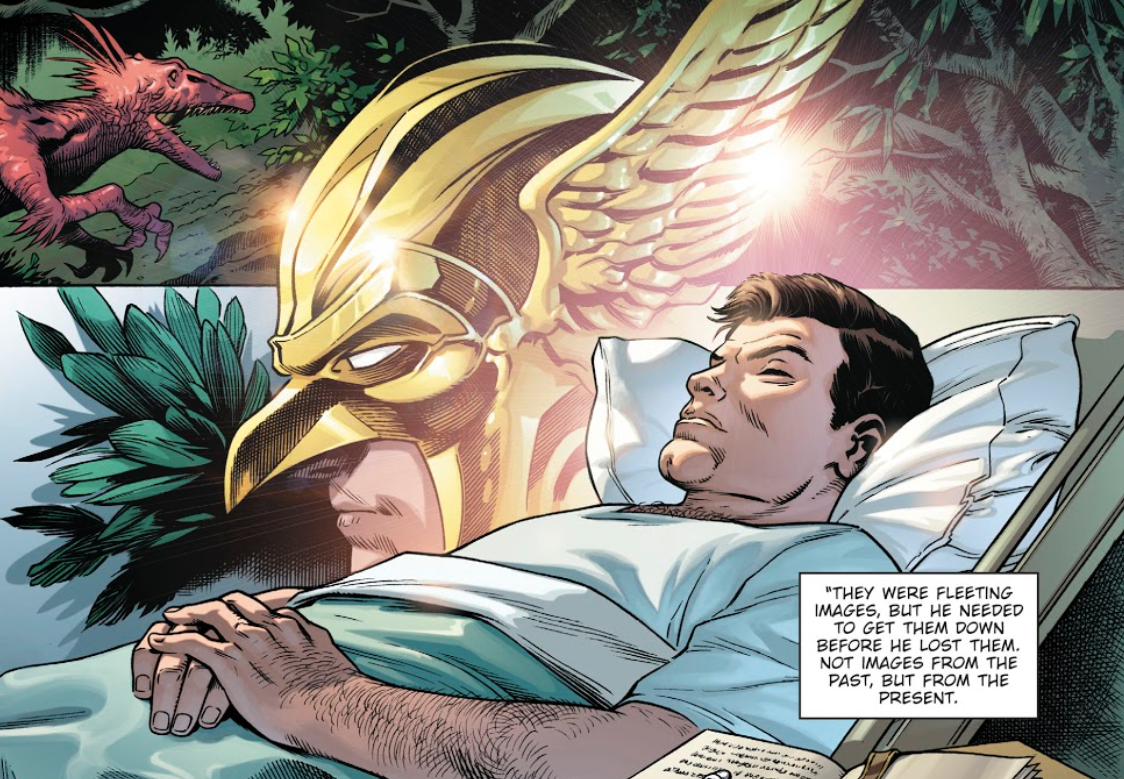 Hawkman and Hawkgirl Are Back

Hawkman and Hawkgirl have been largely missing from DC’s comics after the New 52 revamp, but the duo comes back in a major way in Metal. It’s the very metal of Hawkgirl’s mace that ultimately clears a path for her and Wonder Woman to take on Barbatos and free Hawkman, who had been transformed into an unwitting pawn working for Barbatos at the darkened Forge of Worlds. 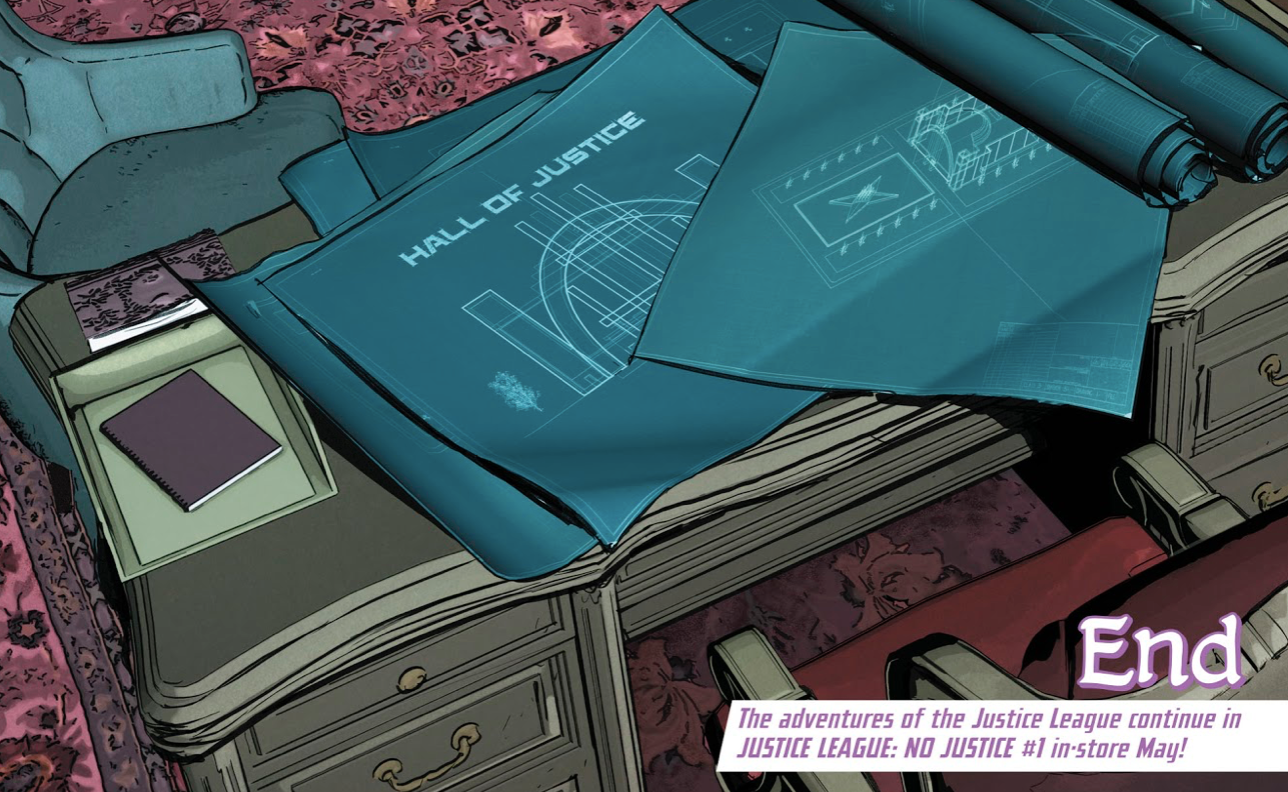 The Hall of Justice Is Back!

Unsurprisingly, Metal is just the beginning of the adventures that DC’s heroes are about to go on. With Barbatos out of the way, the League realises there’s a tear in the Source Wall, a protective energy surrounding their universe that kept it hidden from the kinds of multiversal threats that they might not be able to handle. When Batman realises the even greater danger that he’s inadvertently put the universe in, he reasons that it’s time for the Justice League to level up with a change of scenery.

Rather than orbiting the planet from the watchtower, Bruce has plans to construct a new Hall of Justice.

Though it may seem like a bit of a scaledown compared to what the League’s been up to during Metal, the Hall’s reintroduction heralds the beginning of a new kind of Justice League that understands just how many dangers there are to protect the universe from — and places them among the people they have sworn to protect, instead of remotely watching over them from above.

With Metal under their belts, DC’s heroes know that they’re a vital part of making sure that reality doesn’t implode on itself. Just how they will manage to deal with the other threats beyond the Source Wall — and what those threats actually are — remain a mystery… for now.