The Sega Saturn Reborn As A Scale And Body Monitor 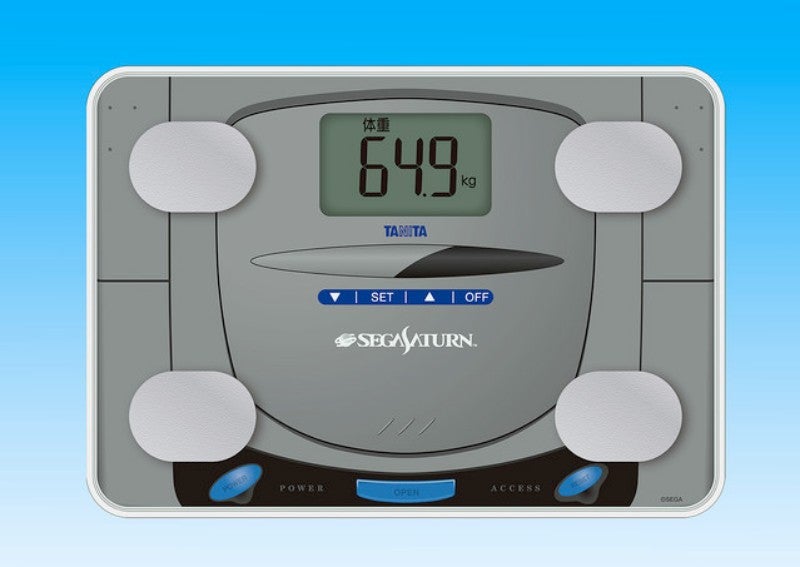 The Sega Saturn doesn’t only live on in our memories, but as a bathroom scale in Japan.

Sega Saturn represented a leap into the new age of entertainment. Body Composition Monitor changed the way people manage their health. This is a collaboration item between Sega and Tanita. Let’s go forward together. Korede game ha dekinaiyo.

That last part means, “You cannot play a game with this.” You can, however, stand on it.

The Mega Drive gets a mini version, and the Saturn gets a scale. Go figure!